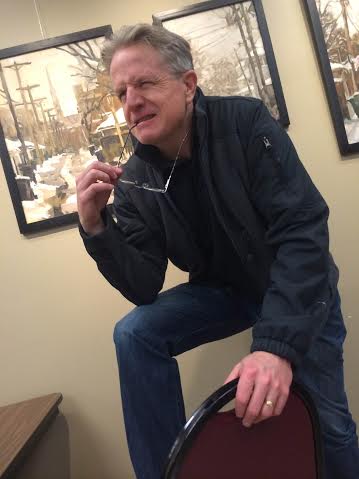 Tim Leeming paints to accommodate the world rather than escape or celebrate it. Though he shows with the Plein Air Painters of Chicago, his depictions of festering dumpsters beneath a gunmetal sky really don’t fit there. Rather than the qualities of sunlight and a nostalgic sense of place, he’s more about how life feels, and for the past five years he’s felt immersed in Chicago alleys, teeming with the energy of urban life, but not its bright and shiny side. As an attorney in the office of Cook County Public Defender, he’s more familiar with the world of drugs, murder, rape, robbery and mayhem.

While walking or driving through the city, Leeming hunts for views that satisfy his pursuit of compositional balance. When he can’t work on site, he snaps a photo, taking it back to the studio, a small corner in the basement of his family home, marked off by a strip of blue tape on the cement floor. He selects a limited, muted palette for each painting and then applies it in gutsy, calligraphic brush strokes to resolve whatever compositional elements are involved. 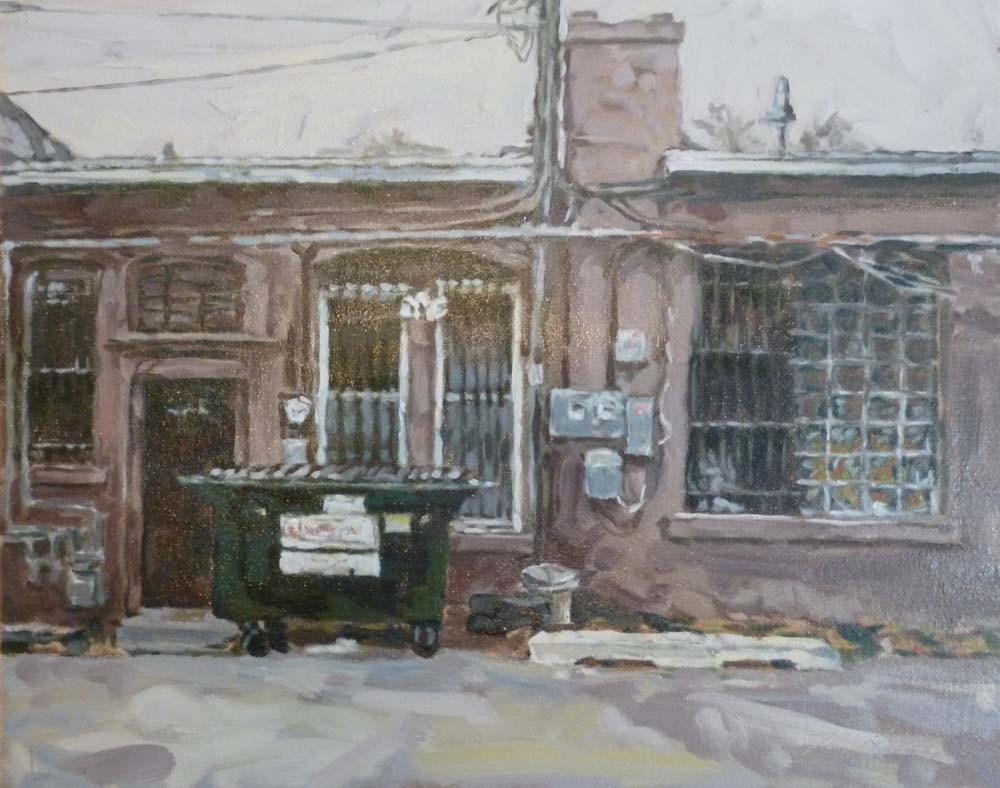 For the past few years, he has used strong, receding diagonals to emphasize an alley’s deep, foreboding, tunnel-like space. More recently, that pictorial space has been abruptly stopped short by the flat brick walls of buildings seen dead on. No bright colors interrupt these psychological effects of anxiety or frustration.

Though not committed to a career in art, Leeming does pursue opportunities for local exhibition. Currently, his work can be seen at an Oak Park senior center and a nearby bar and grill. After trying out SAIC’s MFA program, he opted to pursue a self-driven education in which he practices the tools and techniques of spatial manipulation used in observational painting: how to suggest depth of space through playing hard edges against soft, warm tones alongside cool ones. He does not work in isolation. He continues to seek feedback from artists that he respects, and has chosen a few heroes from art history: Vincent Van Gogh and Lucian Freud.

But ultimately, he stands alone, independent of any one style or art theory: modern, post-modern, classical or Romantic. As his professional, family and personal life unfolds, he continues to develop new projects to express how the world feels to him. And it’s hard to predict what the next project will be. (Chris Miller)