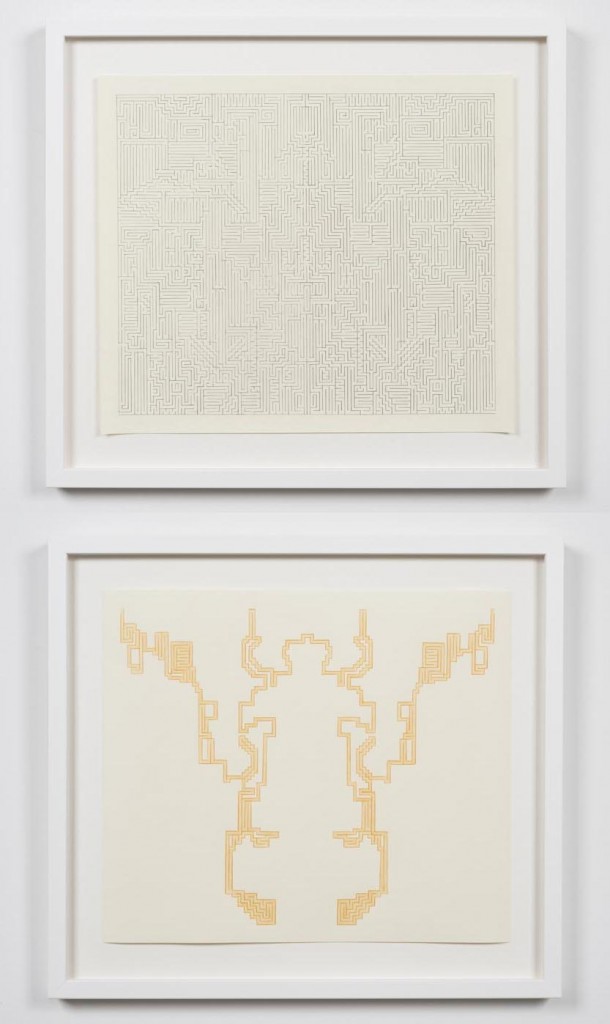 Humans make mazes for themselves so they can solve them. Crosswords, sudoku, Rubik’s Cubes: we’re frustrated with the concept of being lost, but we’re also fascinated with the process of unlocking, the discernment involved and the discovery that happens along the way.

Lilli Carré’s “The Pleasure of Getting Lost” explores this mentality through drawings, animations and a book. Carré’s multidisciplinary practice successfully makes visual the array of sensations associated with the concept of being lost. She invites viewers to lose themselves with her, to follow her process and even step into her roles as creator, explorer and solver of the puzzles. 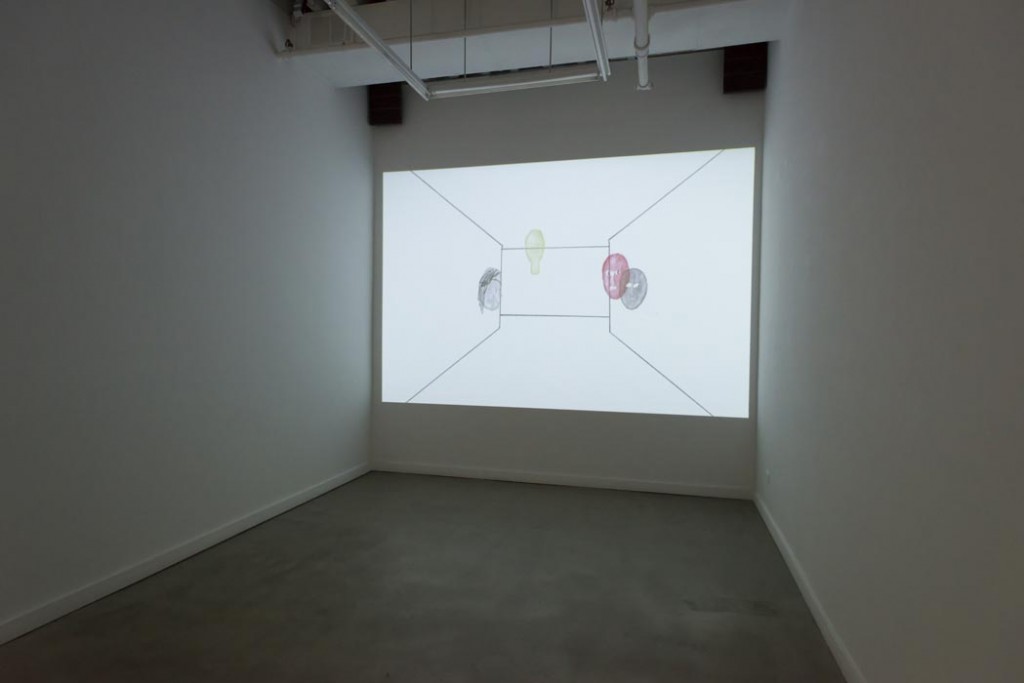 Lilli Carré. “If it feels familiar, you are going in circles,” 2014,
single channel HD video installation

Next to an accordion-style book and across from a looped animation of zigzagging figures, a series of square drawings are positioned in vertical pairs across the gallery’s east wall. Monochromatic in color, the works along the top row are intricate and precisely drawn mazes, with intertwining, angular pencil lines that almost resemble a computerized grid. With these works Carré poses a problem, and in their companion drawings politely provides a solution. Positioned directly below these mazes are drawings that trace the squiggling correct pathways through the labyrinths. There is delight in the resolutions, and looking at the mazes paired with their solutions evokes feelings similar to that of placing the final piece of an elaborate jigsaw puzzle.

Carré’s animation in the gallery’s back room stands in stark contrast to these drawings. In a loosely hand-drawn animation, we as viewers take Carré’s place as solver of the maze. We travel in first-person perspective through a series of chambers, twisting and exploring our way through the animation. Weightless sketches flicker past us while angular faces, floating figures and ghost-like shadows dance and disappear into white walls. The work is accompanied by the sound of purposeful footsteps, which serve as the one constant that carries us through the flickering and temporal rooms.

While exiting the gallery, footsteps of someone upstairs blend in with the exact pace of the footsteps from Carré’s animation; with the same urgency, humanity remains eager to solve a problem, to provide a solution, to immerse themselves within a maze. (Maria Girgenti)