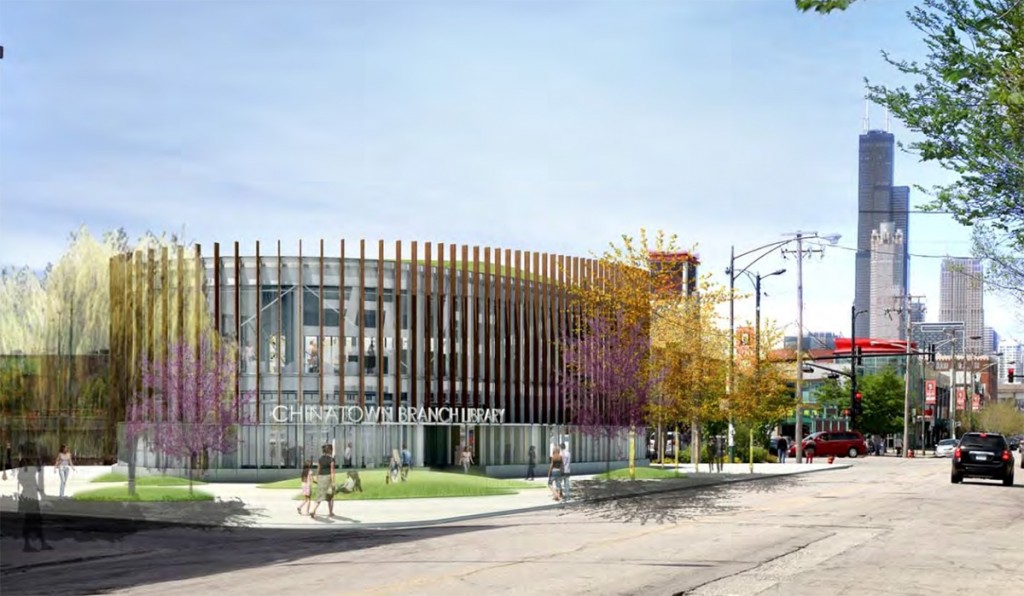 Two weeks remain before the deadline to submit interest in being considered for a new public artwork commission to be installed in the new Chinatown Branch Library that will be built at the intersection of Archer and Wentworth Avenues. The total project budget is $20,000 to be awarded to an artist or team of artists to realize a work in any media sited anywhere within the building. All applications are due on November 6, 2014. Semi-finalists will be selected by mid-November 2014 who will be paid honoraria to develop proposals by mid-January 2015, with the targeted completion of the artwork in July 2015. Call details available here.


A distinguished panel will be overseeing the artist selection process along with DCASE’s public art program staff. Representatives from city offices, the Chicago Public Library and the architecture firms handling the building will serve on the selection panel alongside literary artist and arts journalist Ruth Lopez, president of the Chinese American Museum of Chicago Soo Lon Moy and the Zhou Brothers, artist founders of the Zhou B Art Center. The new library branch building is designed by Skidmore Owings Merrill (SOM) and is based on a traditional Chinese courtyard plan, with all the departments and spaces connecting at a central atrium. Further integrating the cultural influence in the area, the three-sided structure is described in the art call as designed to “respond to ancient Feng Shui principles by matching the existing alignment of Archer and Wentworth Avenues without creating sharp aggressive corners.” Other natural materials, landscaping and décor is being planned to further the favorable Feng Shui of the space.  A thorough overview of the building plans is available here. (Matt Morris)