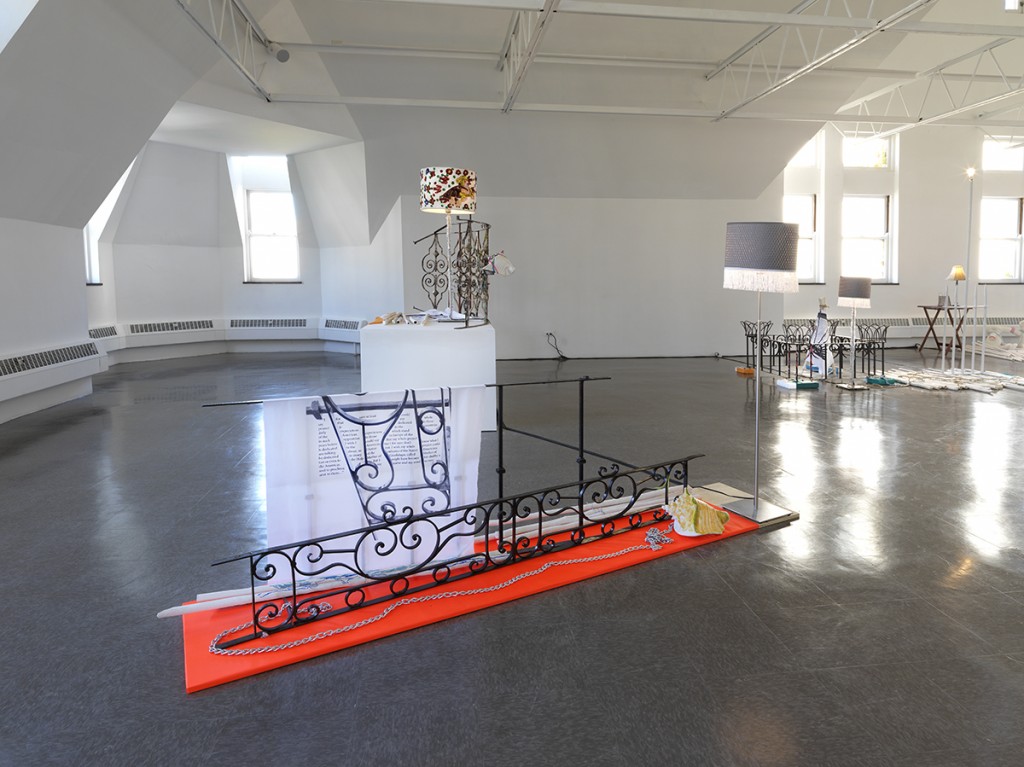 The application referenced in the title of Josef Strau’s first museum exhibition in the United States, “The New World Application for Turtle Island,” is a fantastical art-and-text alternative to the formal procedures for a green card, and Turtle Island is a name given to the North American continent by its indigenous peoples. The Renaissance Society is filled with the Austrian-born nomad’s sensitively indulgent bricolage of Americana used to deconstruct histories of European invasion and colonization alongside his more personal accounts of exploring the United States and Mexico. Strau poses uneasy questions about the ethics and aesthetics that accompany cultural trade, not least of all his globetrotting presence as an after-effect of prior violent usurpations of place. His knowingly disjointed installation grapples with the conditions of being an outsider—and perhaps more confounding, an insider—in these places he holds dear. 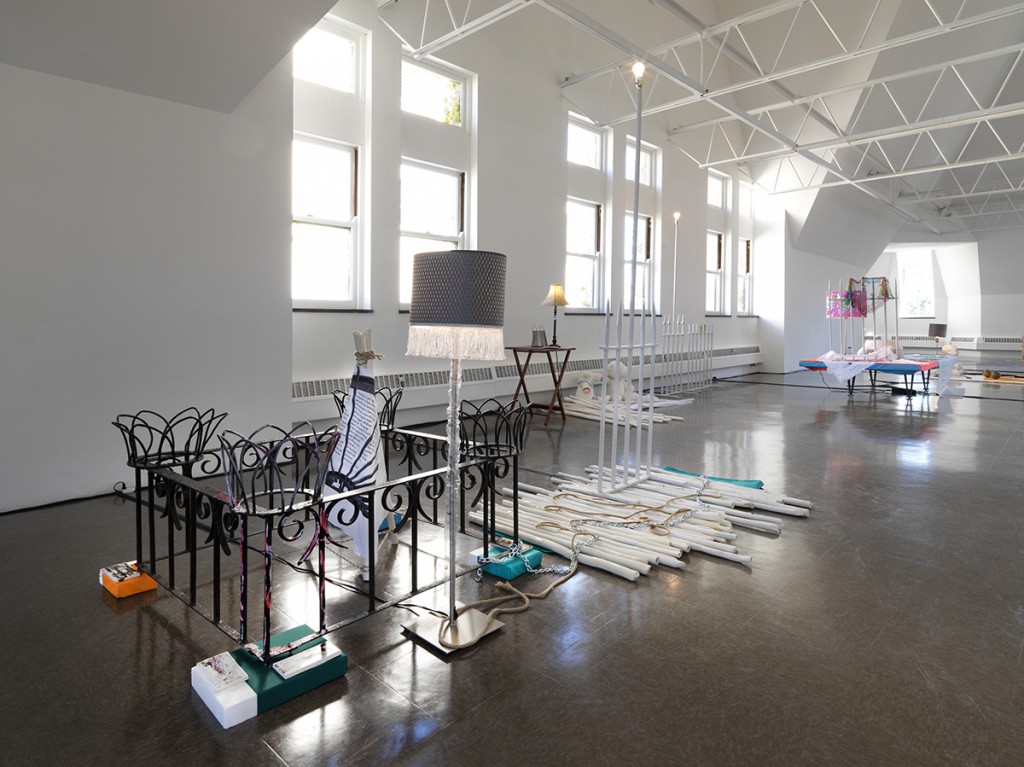 The nineteen plinths on view are collisions of outsider/insider conditions with metal fencing and window bars interspersed with signs of home décor and interior space such as garishly patterned fabrics, toys and lamps. Some of the lampshades are sequined with images of Our Lady of Guadalupe while others appear to be European imports (like the artist himself) with bits of packaging left wrapped around the appliances. Early trading between Europeans and Native Americans is recalled through the shells, beading and hand-altered ceramics scattered about in the work. Sitting around the room like casually barricaded islands and rafts, Strau’s “Application” is a room-sized adventurer’s map, a sculptural psycho-geography of religious ornaments, animal figurines and household furniture grouped into huddled masses.

Strau’s practice, which often includes altered posters of diaristic texts, is well paired to the Ren’s tradition of releasing posters for each exhibition; here they are not only freely available to visitors per usual but also layered into the installations themselves. Is the artist colonizing his host institution in this move, or does the appearance of the museum’s didactic tools within the artwork signal the kind of encroaching exchange of assertive settlers? In complicating this relationship between artist and space, Strau likewise ponders how displacement, social mobilizations of personal needs, and the filtering of proud cultural symbols into mass produced kitsch can be read as consequences of the conflicting pursuits of freedom and independence that underscore an American ethos. (Matt Morris)

Through November 9 at the Renaissance Society at the University of Chicago, 5811 South Ellis.