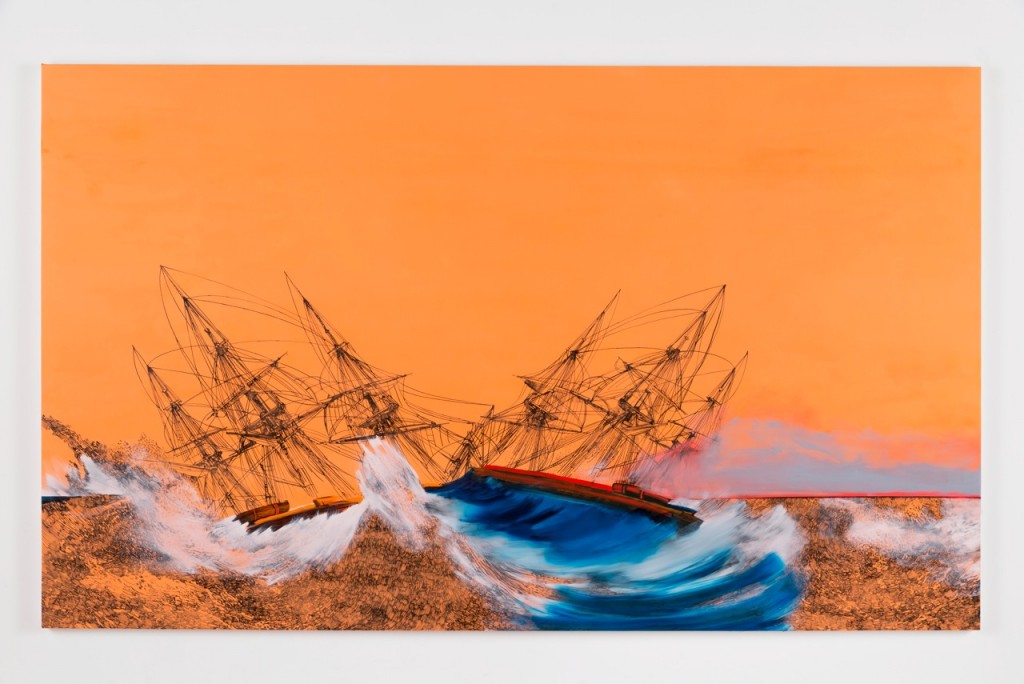 Within the paintings of expansive seascapes and intricate vessels, the artist’s combination of ink and oil paint create a hybrid of mediums that do not cohesively blend together, but instead build compositions with varying parts and dimensions. Knotty ink lines erect the masts and sails of the ships, while brushstrokes work to construct an atmospheric environment. The low horizon lines in the compositions grant a powerful impression of expansiveness to the air and water, which in turn make the ships appear small and even vulnerable. The expressionistically rendered, volatile waters engulf the boats like a type of unexpected, sudden and inescapable volcanic eruption. 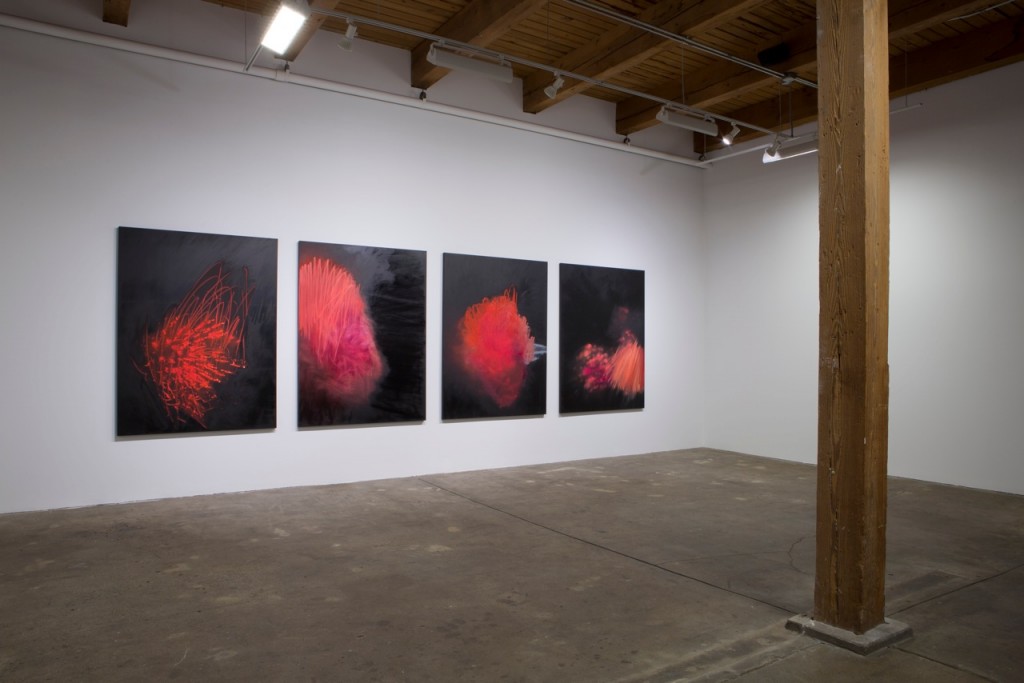 In the gallery’s second room, we find the artist’s “Love Letters” series. Like new love, the firework flares are bursting, alive and burning. Radiant and soaring explosions light up black-as-night canvases with an intensity that is mesmerizing. Like young love, these light-shows burst with all the best intentions to burn eternal despite the ephemerality of their spectacle.

While viewing the exhibition, one cannot help but recall J.M.W. Turner’s nineteenth-century depictions of the sublime—Bedford’s work carries a very similar aura of foreboding power and mystery. In areas of her compositions, there is a still smoothness and serenity. This calm is abruptly interrupted by swoops of paint, crashing into the canvas like the winds of a hurricane. Waves rise and fall like emotional mood swings, while fireworks explode in arrays of heated passion.

Just as ships sail at the mercy of nature’s irrational and sudden command, humanity falls prey to its own emotional waves. Through the tumultuous seas and explosive flames of Bedford’s work, she generously gifts physical form to the ephemeral nature of our psyche. Burning with love and capsizing upon stormy waters, we forge on to construct new ships and raise flaming matches toward fireworks. (Maria Girgenti)