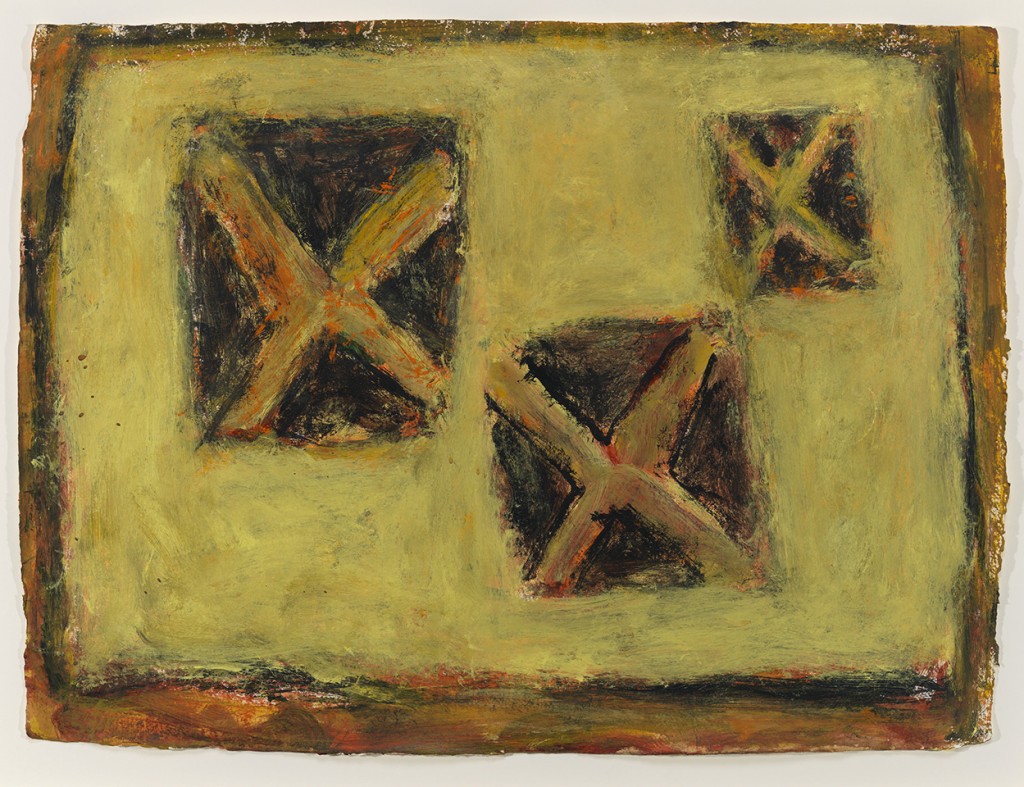 Buried beneath the viscous layers of paint, crusted and hardened like the scab on a skinned knee, a preternatural light seems to issue forth from Milton Resnick’s titanic “U and Me.” The light is scattered at first, dappling the edges of two figures—themselves little more than heaving gestures of mottled paint—building in intensity until it finally rains down from the body of a yellow serpent lurking along the painting’s top edge.

It’s a haunting moment in a thoroughly haunted exhibition. Despite the best efforts of our materialist society to rid the world of anything that can’t be quantified, measured and easily referenced, the belief that signs, symbols and images possess a special kind of power is still pervasive. Resnick’s paintings are suffused with this otherworldly magnetism, and nowhere is it more visible than in his many late works-on-paper. 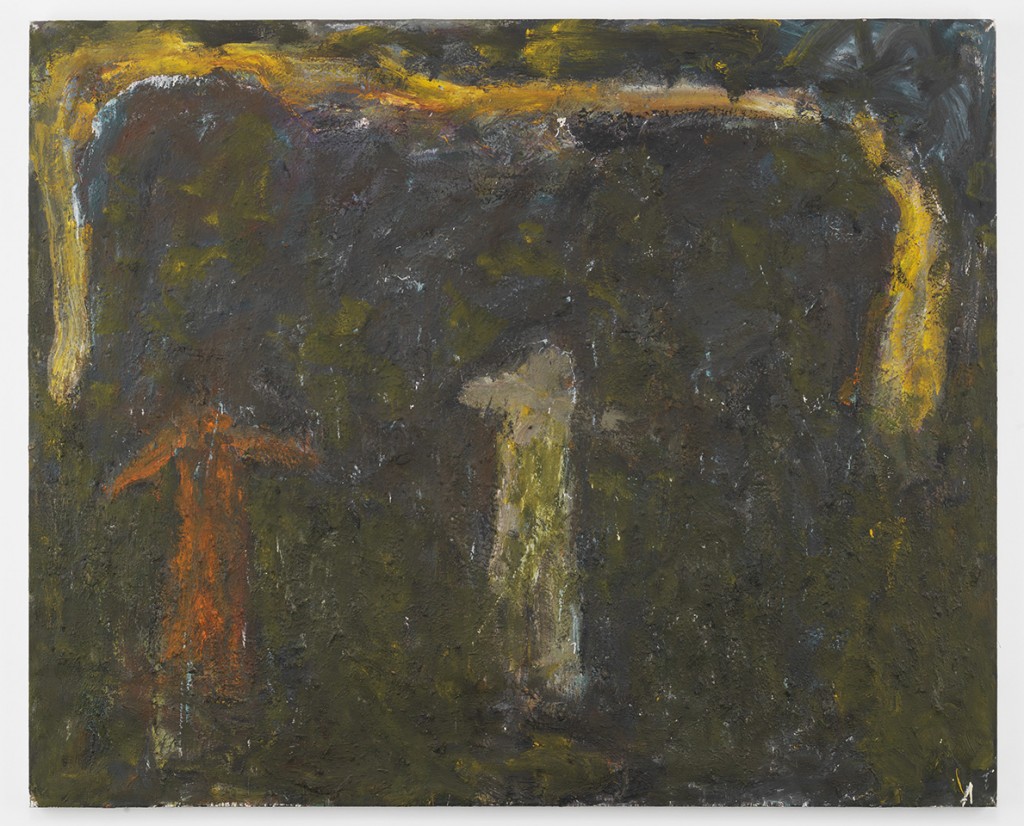 The crosses and ‘X’s that dominate these untitled and frenetic compositions are hard to make sense of. Appearances aside, they don’t feel like exercises in abstraction, but rather read like talismans, charms created to ward off what the artist must surely have known was coming: death by his own hand. It is as if each of these images—made in a small closet near his bedroom—was an affirmation of life, and so long as they could keep being made, serially and repetitively, they would protect his fragile spirit and his fragile body.

Long overshadowed by high-profile Ab-Ex darlings like Jackson Pollock and Willem de Kooning, Resnick, despite having created some of his generation’s most ambitious works, never really “broke through.” Coming to the height of his powers after the successive conceptual coups of the 1960s, further pushed the mercurial artist to the margins of the mainstream artworld. “Allegory and Insignia” is a long overdue celebration of the artist’s achievements and a vital dose of artistic integrity when it’s needed most. (Alan Pocaro)