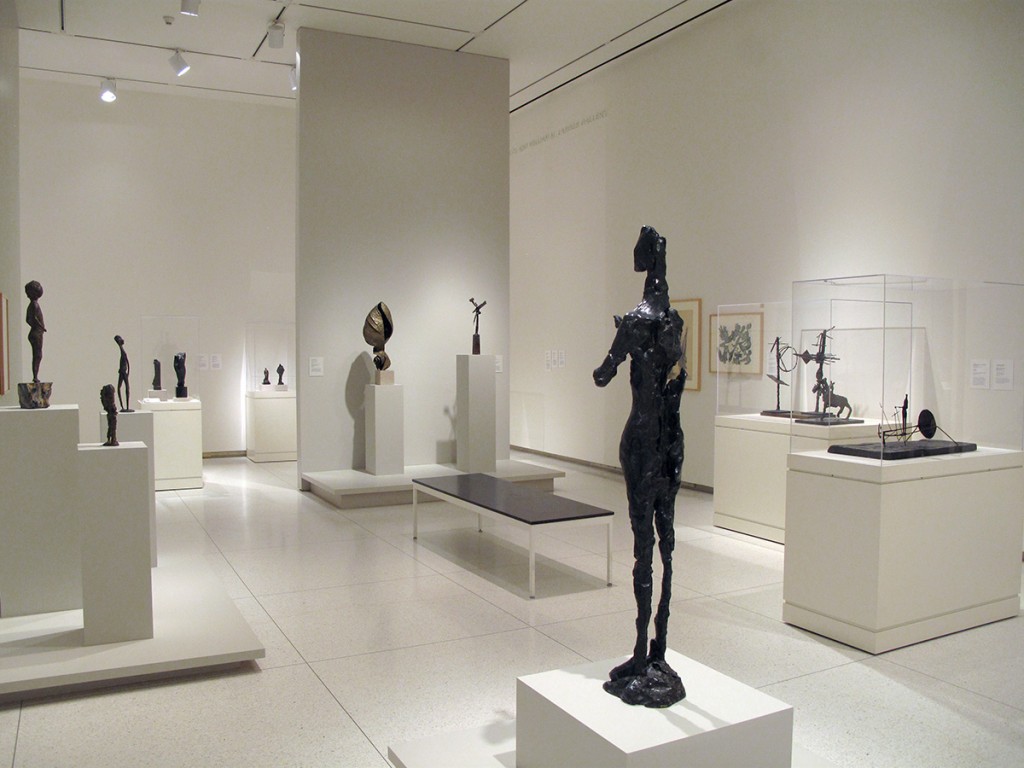 “Carved, Cast, Crumpled: Sculpture All Ways” plays to the museum’s strengths in depth and breadth of visual and cultural material, transforming the entire museum into an inquiry into “the essential qualities that define sculpture.” The show’s opening gambit errs heavily on the side of tradition, exhibiting mostly modern European figurative works in bronze, stone and clay. A cast concrete architectural fragment by Frank Lloyd Wright is the sole exception, though its pairing with an abstracted Lipchitz bronze figure seems to argue for the legitimacy of the former via the aura of sanctified modernism. The exhibition continues at this pace through several galleries, showing Picasso, Calder, Moore, Arp and a host of other twentieth-century Europeans and Americans. A single non-Western piece, a Guinean carved wood mask, questions the well-trodden claim linking African “primitivism” to Western developments in abstraction. 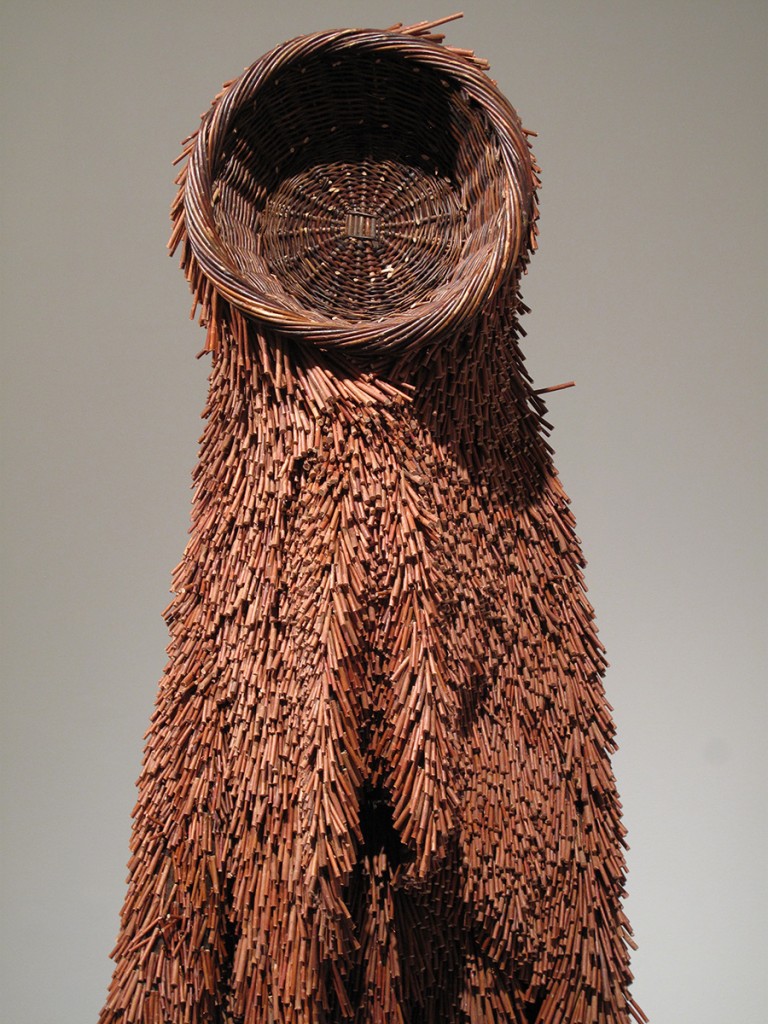 A stunning polished steel abstraction by Chinese artist Zhan Wang opens the path of inquiry to other cultures and histories while addressing the significance of materials and processes of making. Suddenly, the works of contemporary Iranian, Korean, Japanese-American artists are in compelling conversation with ritual objects from ancient Khmer and political iconography from early twentieth-century Egypt. A group of four Chinese cast bronzes unravels the relationship of ornamented functional objects to ritual and political power in dynastic China while chronicling changing tastes in Chinese material culture.

When European objects return, the transition is miraculously smooth as mythic and everyday subjects in decorative functional objects seem similar to ritual pieces from the ancient East. A gilded bronze sculpture depicting dancing youths is revealed to be the base of a banquet fruit basket, while a magnificently large porcelain shell turns out to be a bowl and platter for serving food. The inclusion of manufactured things is a refreshing take on the notion of sculpture, though the show could have ventured beyond the criteria of artist-designed objects into the realm of industrial design. Contemporary works in the later galleries expand the scope to question the very materiality and temporality of sculpture, which, as it turns out, is a rich domain. (Elliot Reichert)

Through December 21 at the Smart Museum of Art at the University of Chicago, 5550 South Greenwood.