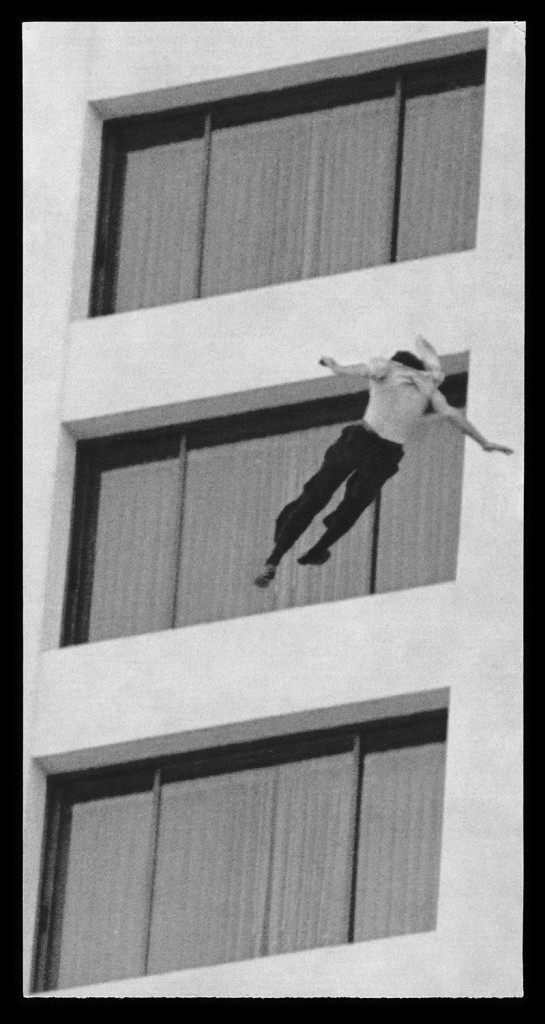 The Art Institute of Chicago has embarked on a nine-month celebration titled “Photography Is_________,” commemorating the department of photography’s establishment in 1974. Sarah Charlesworth, who figured among the Pictures Generation of artists, appropriated photos from newspapers that documented people falling from tall buildings. The resulting images meld photojournalistic and fine art photography techniques, creating conceptual documentations of a moment laced with kinetic energy. Measuring over six feet tall, these compositions show mortality tinged with an intense sense of freedom. These are people jumping or falling to their deaths, some showing momentum and violence, while others look serene as these active moments transform into portraits. 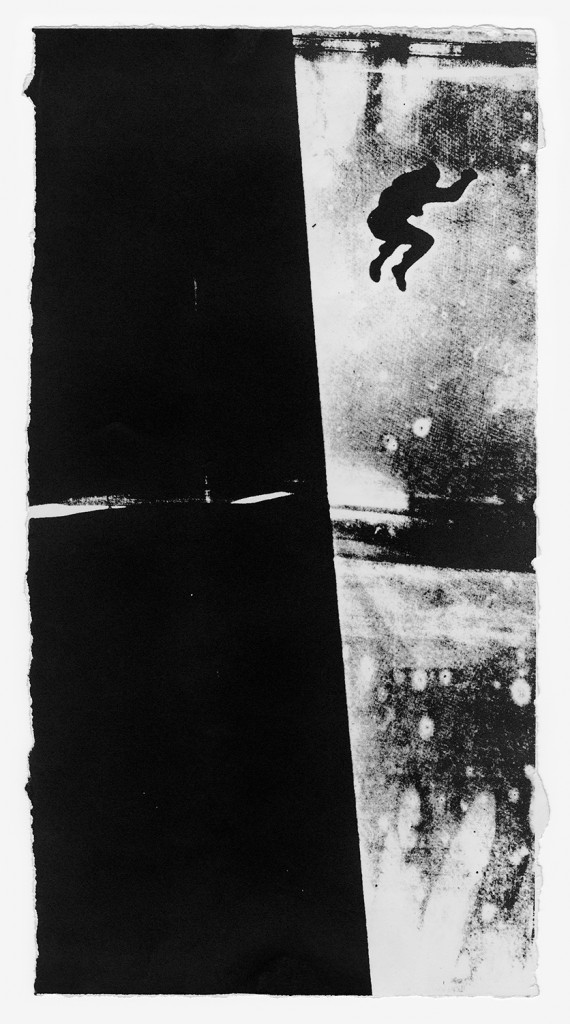 “Stills” is the complete series of these works printed in 2012 and it is an exhibition that marks the artist’s first solo show in the United States in fifteen years. Creating each photograph from an original negative, the title of the show beckons back to the media origins of each image. Furthermore the captured actions in these images are the very opposite of stillness, a trace irony underscoring the title as an interpretive lens.

The brightness of the monochromatic whites in the crisp works alongside the splotchy whites in the grainier ones, gives the show a rich and intense texture that is also sober and quiet. So much of each sheet is nearly blank, leading a viewer to focus on the lone, falling figure in the prints and the power and gravity they exude. The overall result is a small but engrossing show by a truly poetic artist perfectly celebrating the medium of photography and the inherent power of the archive. (Carrie McGath)

Through January 4 at the Art Institute of Chicago, 111 South Michigan.