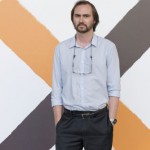 After just three years as Manilow Senior Curator at the MCA Chicago, Dieter Roelstraete will depart to join the curatorial team for Documenta 14. Roelstraete came to the MCA from the Museum of Contemporary Art in Antwerp, Belgium, and curated three exhibitions during his time in Chicago: “The Way of the Shovel: Art as Archaeology,” the recently closed Simon Starling survey, and “City Self.” The position of Manilow Senior Curator was difficult to fill; it was vacant for three years prior to Roelstraete’s appointment. The job listing is now posted on the museum’s jobs page. It has traditionally been filled by a European curator.

Monika Szewczyk, curator at the Logan Center for the Arts at the University of Chicago, who is married to Roelstraete, has also been tapped to co-curate Documenta 14 in Kassel, Germany, and Athens, Greece. She has not yet confirmed if she will also depart her Chicago-based position.

Roelstraete will continue to work on special projects that he initiated at the MCA Chicago even after his departure, including “The Freedom Principle: Experiments in Art and Music, 1965 to the Present” (July 11–November 22, 2015) with Naomi Beckwith, and a Kerry James Marshall solo exhibition (April 23–September 4, 2016), the artist’s second at the museum. (Jason Foumberg)