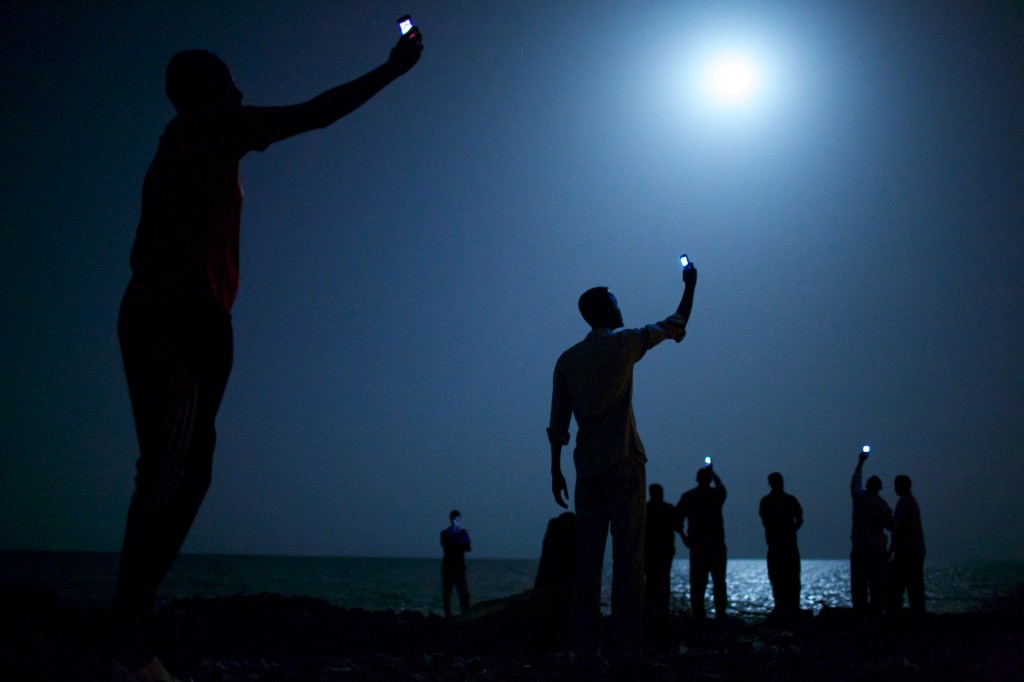 In its annual competition for the best photojournalistic images, “Pictures of the Year, International” received 52,000 submissions and selected 240 winners, fifty of which are on view here, for its 2014 traveling show. The exhibit shows that, despite the financial problems of newspapers and magazines, photojournalism is thriving: indeed, the quality of work is at least as good as it has ever been. The judges eschewed depictions of the rich and famous, and staged scenes in favor of hard-hitting, emotion-laden and power-packed shots that pull the viewer up short with searing glimpses of world hot spots like Afghanistan, Iraq-Syria and Ukraine; heat-of-the-action sporting moments; refugees and victims of abuse; natural disasters and touching slices of life. 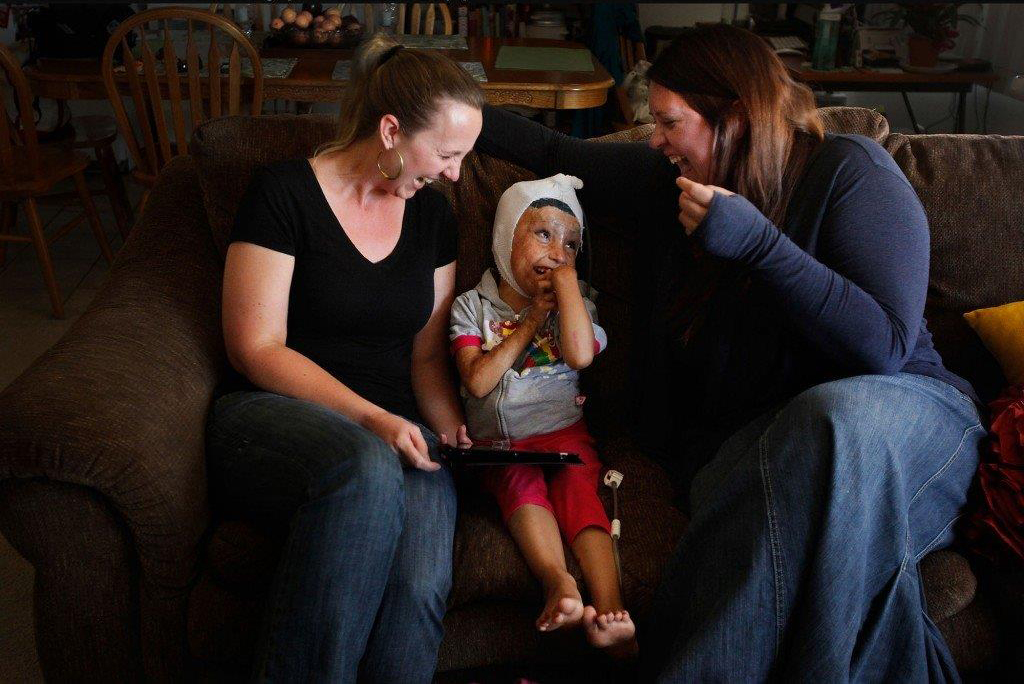 In the print media, these images energize the text with an extra punch; next to each other in a dense group where the only texts are helpful brief captions in very small print, the viewer gets an unaccustomed visual charge. The images are so good at grabbing attention that all of them are standouts. In an especially beautiful, telling and emotional image—great photojournalism can achieve them all at once—National Geographic photographer John Stanmeyer captured a group of men on a shoreline bathed in blue-black darkness, their arms raised and their hands glowing with white light. They are not holding a ceremony, but are would-be migrants from Somalia on the coast of Djibouti attempting to gather faint signals on their cell phones so that they can speak to their families back home. For the rawest yet most joyful emotion, Barbara Davidson of the Los Angeles Times shows us two American sisters lavishing smiles of affection on a terribly burned little Afghan boy whom they volunteered to care for during his treatment; it is hard to tell, but it looks like he is smiling too, as much as he can. There is much more here to pull the heartstrings, get the blood boiling and incite the animal spirits—a real photojournalistic trip. (Michael Weinstein)