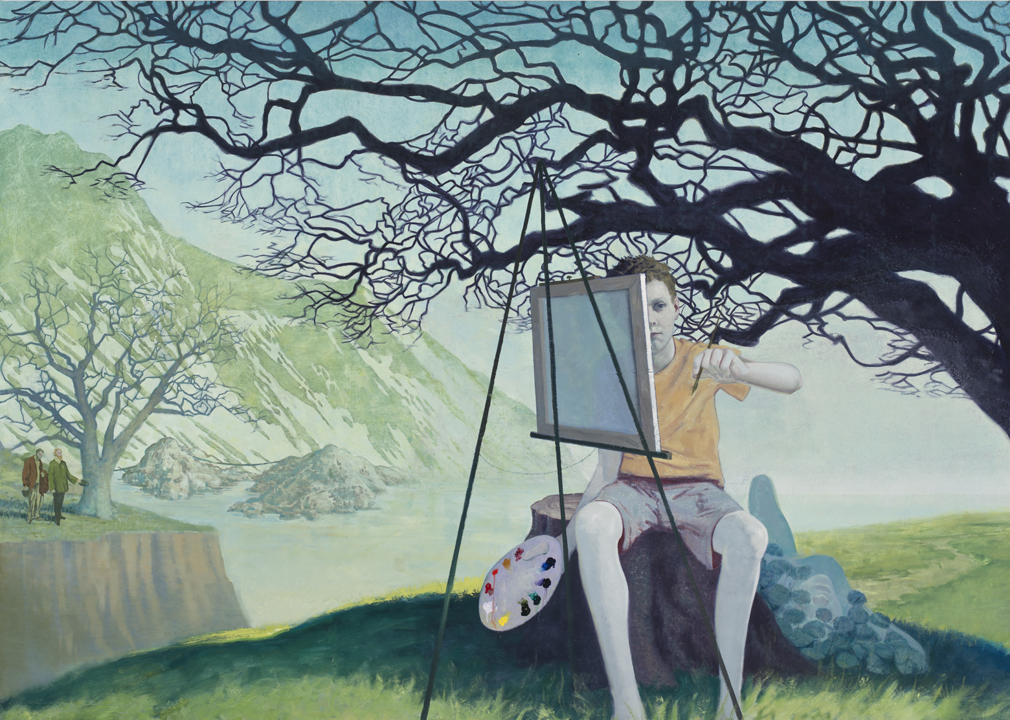 Christian Vincent’s recent figurative paintings are 2,000 miles removed from what has characterized Chicago figure painting for the past fifty years: invitational instead of confrontational, gently thematic instead of intensely personal, conventional instead of weird, cinematic instead of graphic, pleasant instead of disturbing. Painted in Los Angeles, they might even serve as storyboards for a Hollywood teenage romantic comedy. 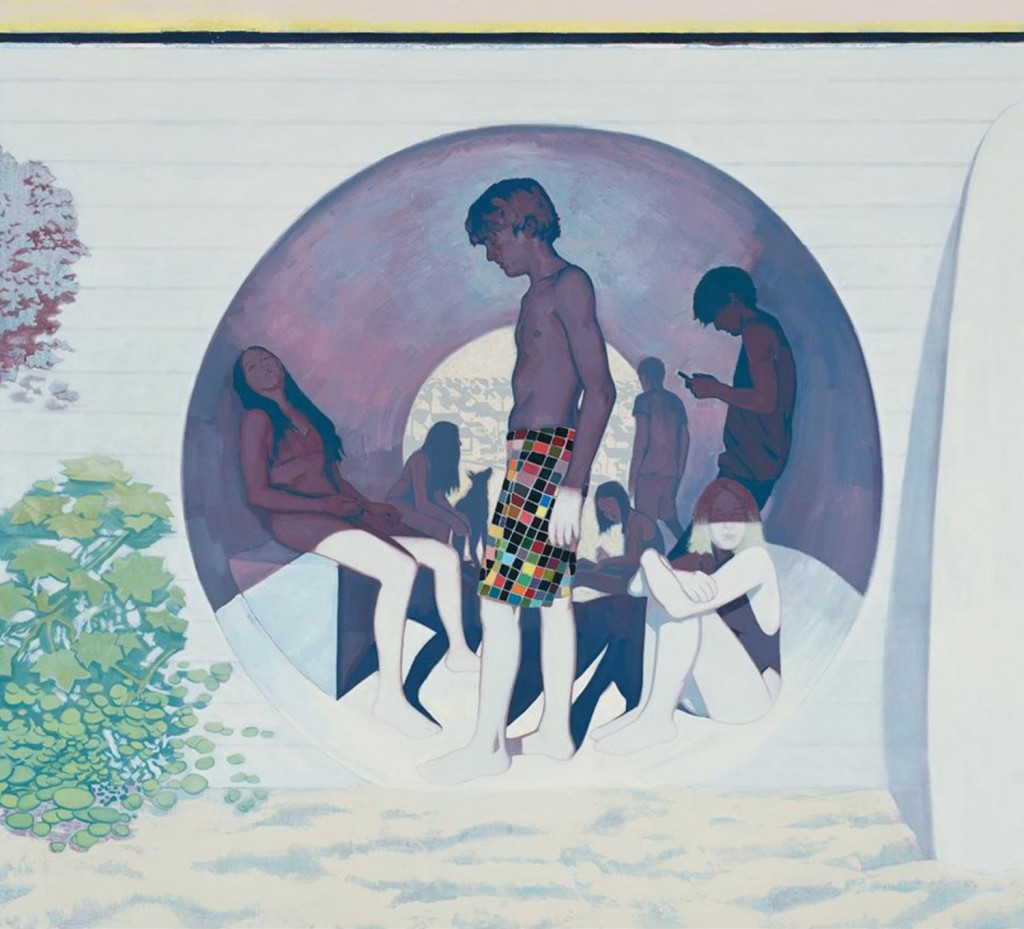 Christian Vincent. “The Space Between,” oil on canvas

The monumental canvases are youthful idylls, celebrating the greatest drama of a peaceful life: adolescent self-discovery. This painted world—including our own bodies—is a safe place to be explored with curiosity and self-confidence. A warm, sunny beach never seems far away. Vincent’s figuration appears more like casual photography than any classic, naturalistic or expressive genre of painting. The surfaces glow like a movie screen. The pictorial space is dry and flat—sometimes resembling the scenic views found on wine-bottle labels—but elsewhere recalling decorators like Louis Comfort Tiffany and dreamers like Maurice Denis.

The pièce de résistance is “Peninsula,” an eight-by-twelve foot portrait of the artist as a teenage boy, painting plein air on a cliff somewhere on the West Coast. Two well-dressed adults in the distance admire the scenery, but the young hero is facing away from them, determined to paint his own vision of beauty with the solid globs of pure pigment that are as much in our space as in his. It’s quite an appealing vision, and the only one in this show that suggests that young people have a role in making the world, not just experiencing it.

But the other paintings, whether large or small, resemble illustrations for young-adult magazine stories. They feel fresh and original, but you grasp what’s happening in the narrative, and then move on. There just isn’t enough aesthetic intensity to keep drawing you back. And young adults aren’t really the target audience here, are they? For the rest of us, these youthful visions are more about memory than current or future experience. Eventually, I suppose, we all end up living in the past. But can’t we delay that self-absorption a little bit longer? (Chris Miller)