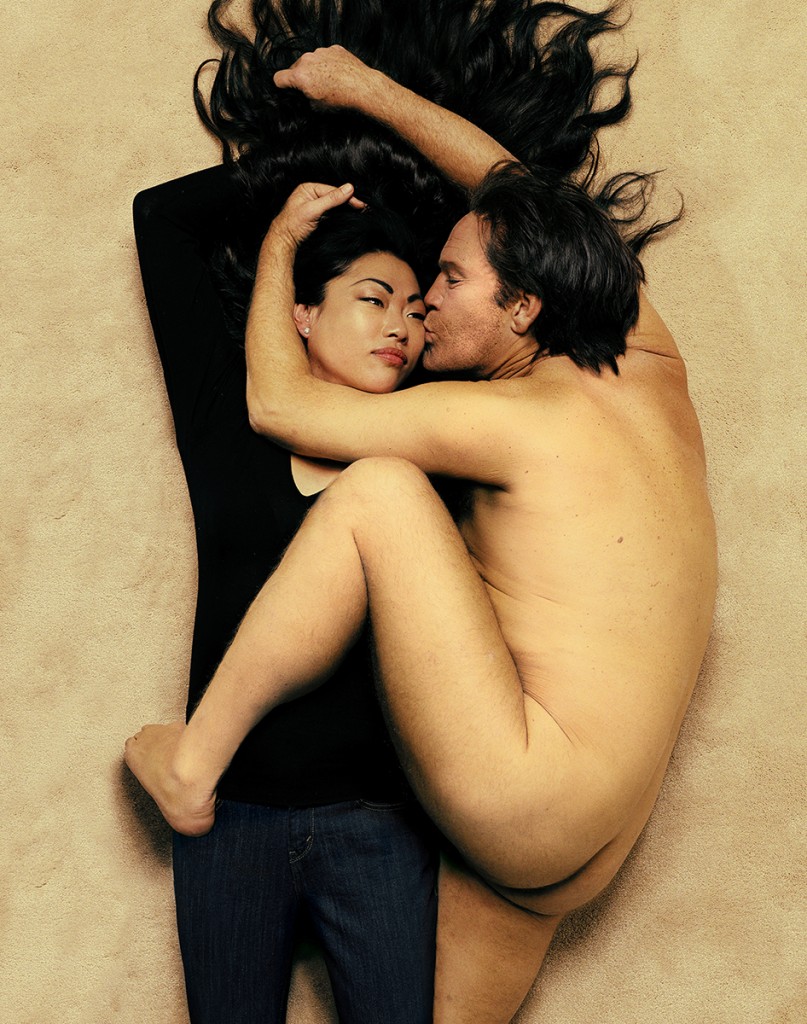 Malkovich, Malkovich, Malkovich. Take a famous sixty-year-old actor and substitute him for the subjects of well-known, mainly celebrity, photographic portraits, duplicating the original scenarios as precisely as possible in the studio; shoot the setup, and you have Sandro Miller’s conceit in his collaboration with John Malkovich. It is somewhat dizzying to contemplate images that are at three removes from real human beings, who have morphed into images crafted by teams of managers that have been further altered by a gifted photographer, and that have finally been subverted by another celebrity who is simulating the original celebrity-images to humorous effect, whether intentional or not. 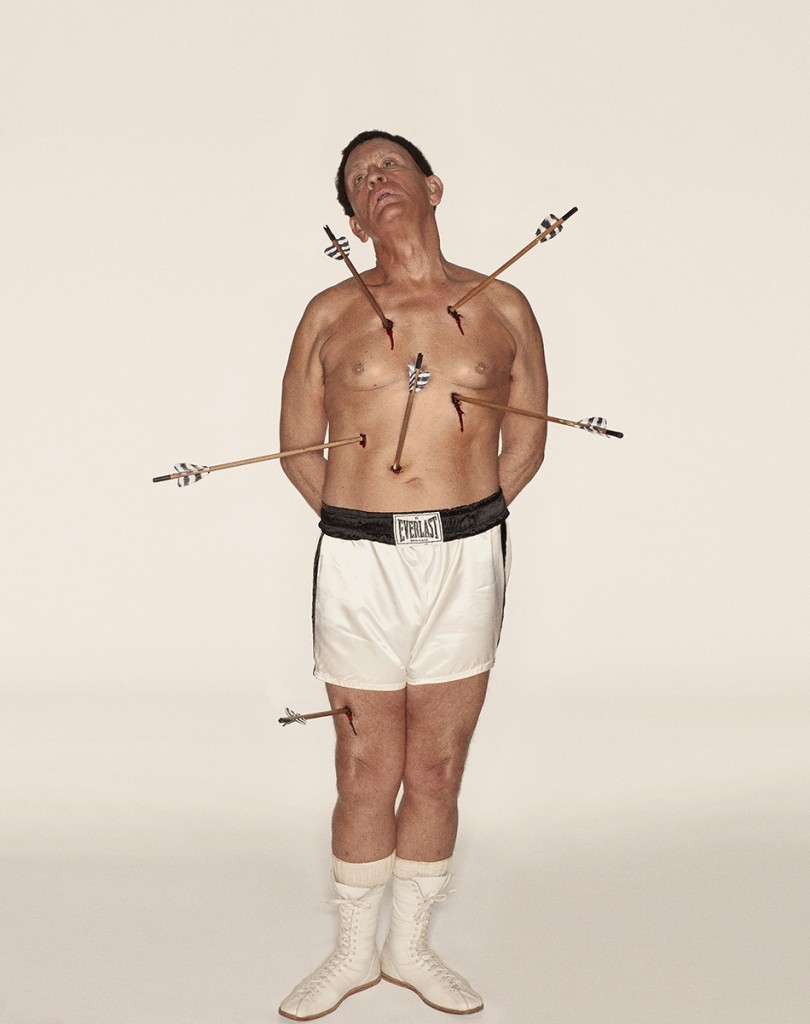 Take Annie Leibovitz’s shot of a naked John Lennon wrapping himself like a monkey around a clothed Yoko Ono, and planting a kiss on her cheek. Leibovitz’s photo subverted the manufactured romantic narrative of the John-Yoko relationship, and now we see Malkovich playing both John’s and Yoko’s parts, subverting Leibovitz’s whimsy by introducing a new ludicrous and absurd element. How could it have been otherwise than to have taken down John, Yoko, Leibovitz, and Malkovich with a ridiculous result? Malkovich is, after all, sixty, and John and Yoko were decades younger when Leibovitz took her scenario, not to mention the inherent cross-dressing burlesque of Malkovich playing a young woman. The same holds for what Malkovich has done to Marilyn Monroe in Miller’s take on Andy Warhol’s iconic silkscreen photo of the fabled actress, and to Muhammad Ali in Miller’s riff on Carl Fischer’s shot of the boxer sporting arrows that appear to have penetrated his bleeding torso and leg. The sense of the ridiculous is obtrusive and overwhelming, despite Miller’s express intent to pay “homage to photographic masters.” Miller has ensured the result by attempting to duplicate everything about the original photographs except Malkovich’s image, which remains discernible; he does not try altogether to duplicate the original subject. The show is all about how Miller has represented Malkovich, not about the original photos, for better or worse. (Michael Weinstein)