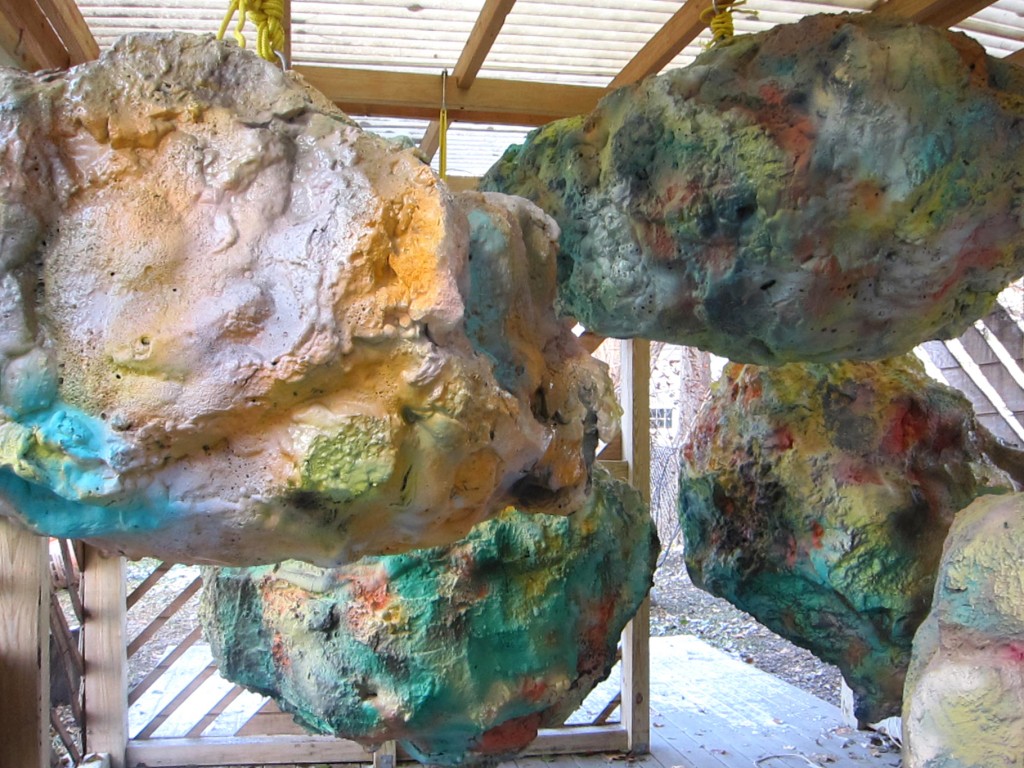 Sarah and Joseph Belknap. “Planetoids,” installation view at The Franklin

Sarah and Joseph Belknap have been working together as a singular multimedia artist-entity since 2008, making objects and happenings that examine and mimic grand experiences—the rare, magical moments in which we are able to comprehend our utter insignificance. Celestial bodies and giant earth formations are often shrunk to a manageable size, bringing our attention to the contrast between our human bodies and the infinite universe we live within. Their use of hyper-synthetic materials like silicone, polystyrene and fiberglass again acknowledges this man/nature duality.

Inside The Franklin, puffy, weighty and weightless rock-like “Planetoids” float within the tiny gallery space, suspended from yellow bungee cords. They are human-sized, both domineering and huggable, bumping around against each other and against our heads and shoulders as we shimmy around in there. The psychedelic, cotton-candy colors of the Planetoids are based on polarized microscopic imaging of meteorites that fell to Earth from a giant asteroid. This effect, which you would normally only be able to see through a microscope, has been blown up to human scale for us and painted onto objects which have been shrunk, playing with our sense of perception. Lower, in a corner, two silicone molds of hands vibrate at varying speeds—his a creamy white, hers gray and shaking a little harder, each cupping tiny, actual iron meteorites—a re-creation of the vibrating sensation many people describe when holding them. This is, however, a trick of the mind. 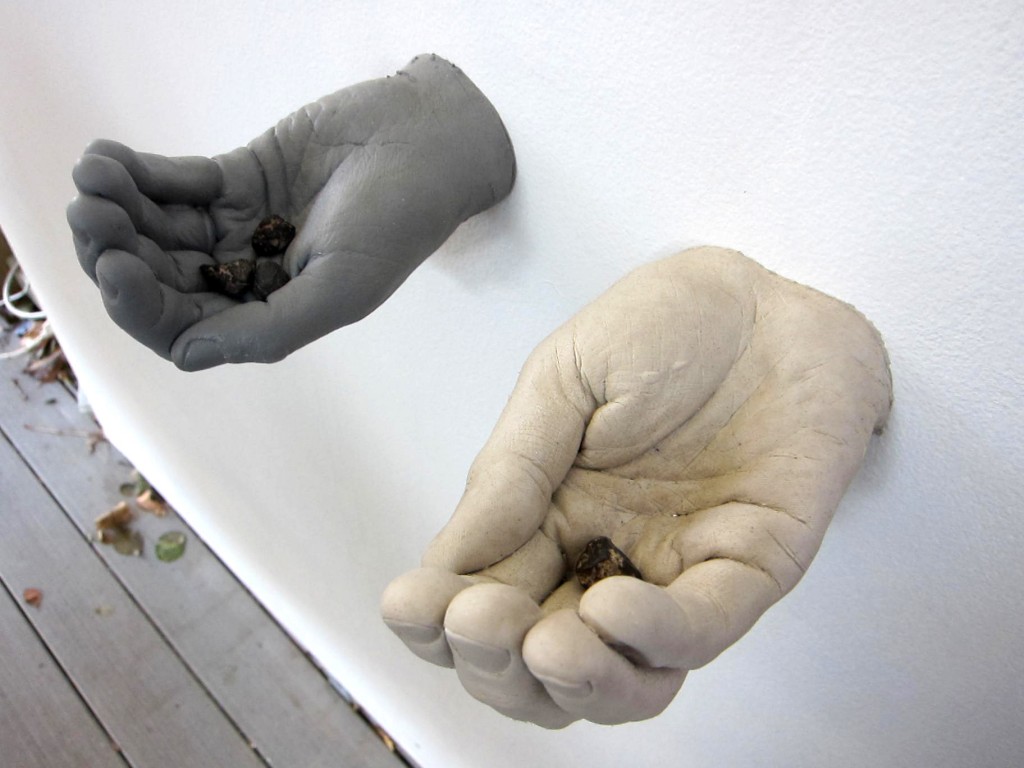 Sarah and Joseph Belknap. “Planetoids,” installation view at The Franklin

Their deeply experimental practice is driven by an urge to discover new things together and inspire feelings of wonder and curiosity in each other, always orbiting around their fascination with endless space and time—that which is bigger and older, and the way it makes us feel utterly insignificant. It’s all so romantic. Carl Sagan was quoted as saying “For small creatures such as we, the vastness is bearable only through love.” The Belknaps not only bear the vastness, but embrace it (bear hug it?). (Kelly Reaves)

Through December 14 at The Franklin, 3522 West Franklin.