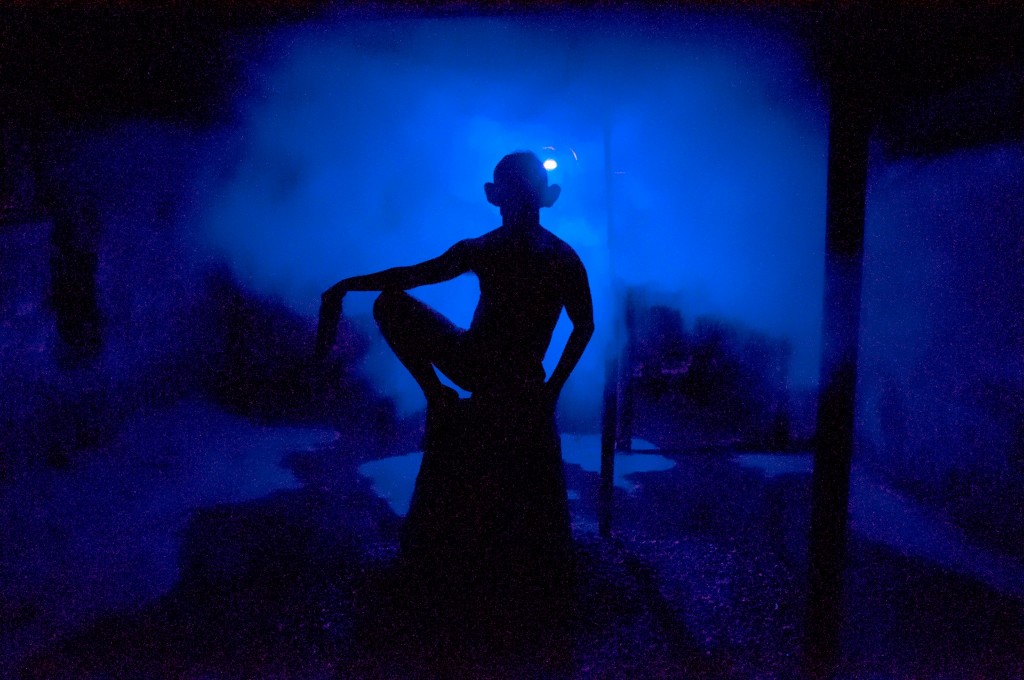 Producing two concurrent shows in one space, Puppies Puppies occupies the top and bottom of the building that houses Courtney Blades—“Bathroom” above and “Gollum” appropriately down below. What might have been a gimmicky, plain exhibition has been realized toward intriguing ends that reconcile stark understatements with excessively idiosyncratic fantasies. 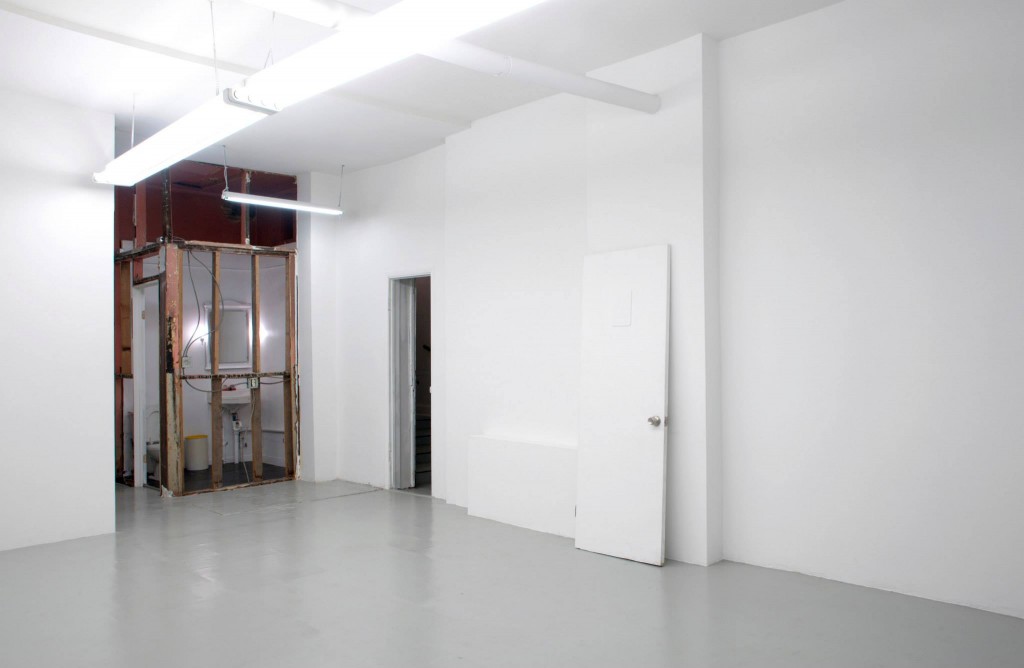 In “Bathroom” the walls of Courtney Blades’ small corner bathroom have been stripped away and the room’s contents temporarily displaced around the gallery—door, soap dispenser (and soap) and toilet-paper roll. The blue soap in its dispenser is the only pop of color in the completely white space, mirroring the liquid found in the toilet bowl, the intention to blaze green when an eager gallery goer decides to take a very public leak.

“Gollum” is discovered after climbing down two very steep sets of rickety stairs and passing through a candle-lit passageway, musky from a quickly rotting fish laying against the stone basement wall. Entering a dank abyss, dripping water is heard falling against gravel, smoke distorting sight as eyes adjust to the space lit dimly with violet light and a glint of white through a hole looking up into the dismantled bathroom overhead.

During scheduled performance times, Puppies is seated upon a large, phallic stone: a completely still, almost naked body adorned with a Gollum mask and loin cloth. A painfully realistic cosplay, Puppies recreates the obsessive and self-deprecating swamp creature from Tolkien’s “Lord of the Rings” trilogy. The artist’s cosplay takes on a grotesque edge, presenting in a nearly nude pose a slimy character rather than one who is overtly dashing, sexy or powerful. Upsetting though it may be to some, it is somehow appropriate to find this costumed figure retreated into a shadowy basement, engaged in semi-private play.

The two exhibitions work physically and magically together, the sandwiched pleasure of a near-empty space contrasting the darkened hauntings of the space below. Each exhibition plays into the segregated space of the other, a terrific fantasy steadily spying on you as you primp your public self, while that clean, reserved existence keeps eye on your most rotten fantasies. (Kate Sierzputowski)