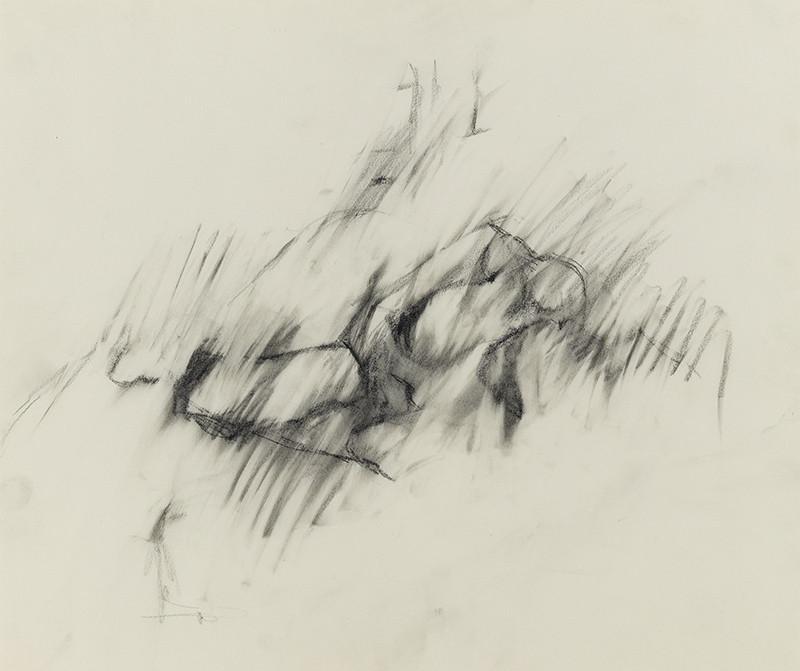 Jack Tworkov is best known for his gestural paintings of the 1950s. But his work runs the gamut of mid-century American genres: from Social Realism to Abstract Expressionism to Geo-form to Minimalism. You might say he jumped on every new bandwagon, but he stayed away from the irony and pop-culture tropes of postmodernism. This first-generation American seemed less interested in pushing the boundaries of art and taste than in exploiting every new opportunity for expressing and valorizing his restless, rootless self in an ever-changing world. Life drawing, quickly executed, gave him many such opportunities, as he moved back and forth between observational detail and compositional dynamic. 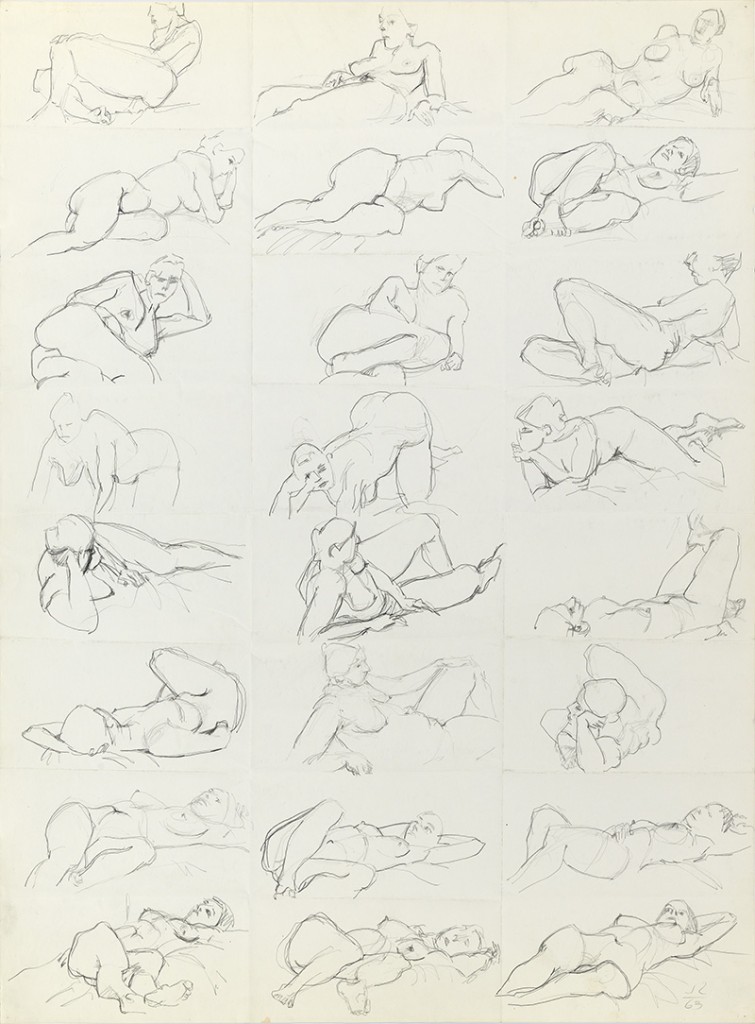 Jack Tworkov. “One-Minute Drawings of a Model,” 1963, graphite on paper

The earlier works in this show of drawings date to the mid 1940s, as the artist, newly liberated from the narrative pictorial space of social realism, reveled in cubist and calligraphic expression. He was deft with both the delicate linearity of graphite as well as the bold, thick strokes of an ink-heavy brush. His figures are well articulated, but the space that surrounds them is at least as interesting. In one piece, he delineated the human figure with pencil and then partially obliterated its boundaries with the defiant strokes of an eraser. In a 1952 self-portrait, he carefully defined the standing artist, the easel and the surrounding studio, but he has left blank the features of his own face.

The narrative qualities of his figures re-emerged in the work of the 1960s. They’re still rough, but they almost feel cool and classic, expressing, perhaps, the financial security and academic stature that he had achieved. As always, his mastery of the human figure in space is remarkable—even on a page of one-minute poses from 1963.

This exhibit does not show us how he drew the figure in the final decades of his career. Would he ever expand beyond the self-portrait or the nubile female nude? Would he ever become engaged in a more dramatic or sensual narrative? His facility within the limited scope of these sketches suggests that he was tempted, but not committed, to go in directions that ran so counter to the mainstream contemporary art of that time. (Chris Miller)