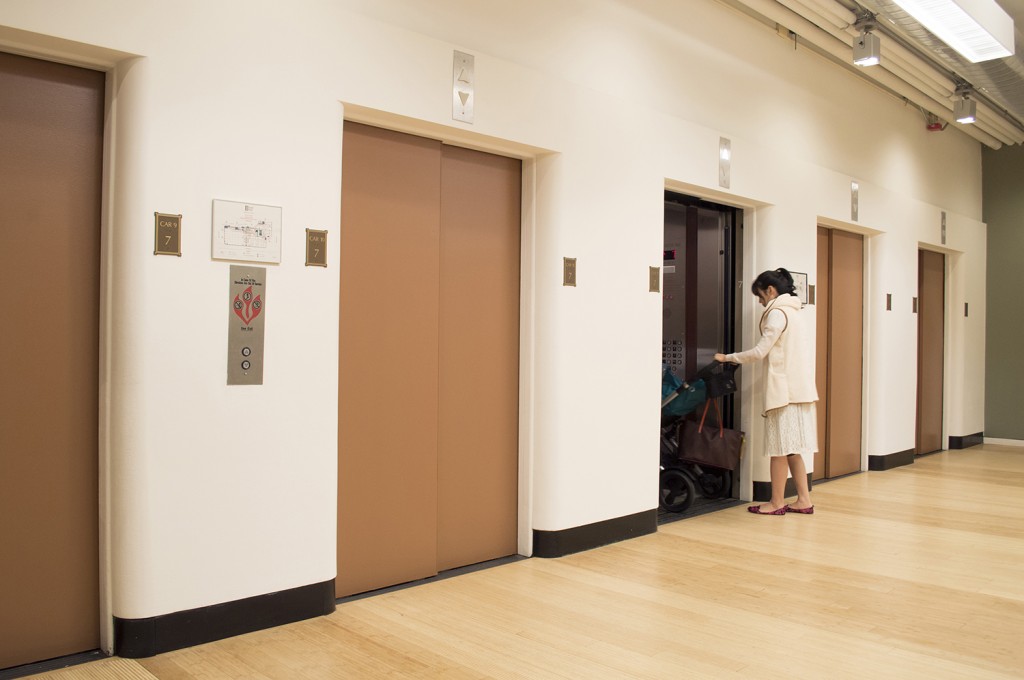 I had been trying to muster the holiday cheer to write a whimsical column about winter window displays when I read the news that the St. Louis County grand jury tasked with the decision to indict police officer Darren Wilson who shot eighteen-year-old Michael Brown to death in August chose not to pursue justice. Since the announcement, I’ve been in vocal and incredulous discussions over the sadistically intricate ways that political and social suppression, economic disadvantage, the bizarre militarization of police forces and even President Obama’s muted responses to this and other murders of unarmed black people have conspired in a construction of an impossibly powerful systemic racism. I’ve felt the deep urge to run. In my mind I see the text “RUN” Rashid Johnson spray-painted in white across a mirror that was included in “Message to Our Folks,” his survey at the MCA two years ago. This is a run from lynch mobs and paramilitary cops and deplorably violent histories that span centuries of America’s past. 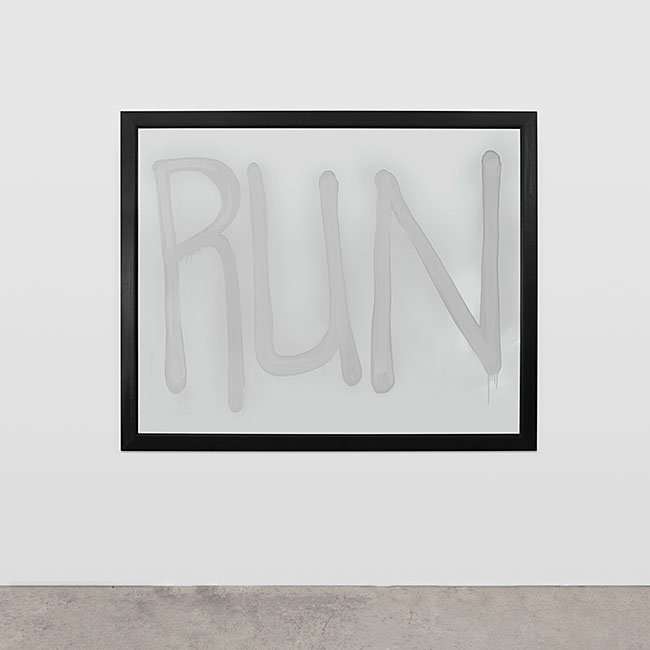 Our society has been shaped without consideration to the personhood and value of nonwhite lives, therefore their sadness, outrage and even their deaths have not been permitted to have any impact. Confronted with this daunting problem built into the very structure of this country, my conviction that art has the potential to powerfully interject into the thick of restrictive, racist assumptions has been bolstered by several recent projects that investigate how visibility for people of color’s lives is situated into public and institutional spaces. 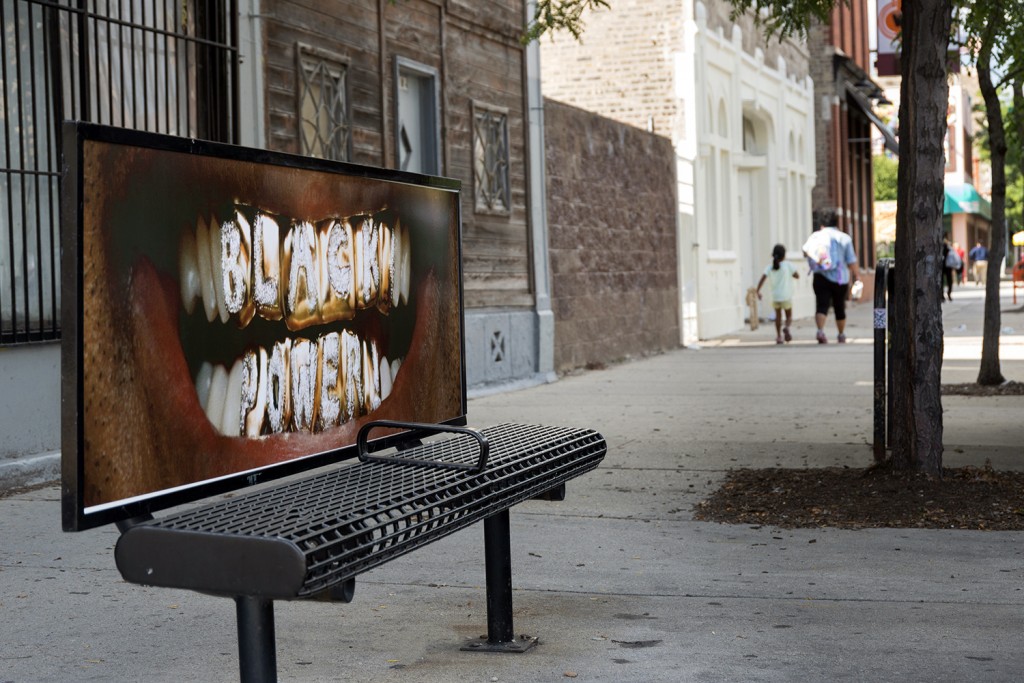 Over the past three months, Wicker Park and Bucktown have been punctuated with “Bench Marks,” a series of photographic art installations on public benches by Hank Willis Thomas. His images borrow representations of black bodies in advertising, pulling cues from African-American history and reductive myths around black athletes, performers and objects of a dominant social gaze. Thomas’ is the first in Monique Meloche Gallery’s new Off the Wall public art program, and while the project’s end date was last week, I’ve seen several of the installations still on view. His expanded critiques of when black lives matter insofar as they entertain in sports and musical settings resonate with a recurrent tweet recently trending: “Imagine if America loved black people as much as they love black culture.”

A standout in the masters thesis exhibition at SAIC’s Sullivan Galleries earlier this year was Kelly Lloyd’s dazzlingly subtle “I painted the elevator doors the color of my skin. C1, 21,1—E0,13,0—KX0,22,1—V0,37,0.” As the title describes, the building’s beige and white corridors were complemented for the run of the exhibition with a warm caramel shade that coated the bank of elevator doors just outside of the gallery. As an institutional intervention, Lloyd positions herself along a margin at a threshold and incorporates the color of brown skin in a place of service. Easily overlooked or assumed to be a usual aspect of the space’s design, hers is not a loud protest but a demonstration implicating gallery visitors nonetheless, gesturing to the space of invisibility to which black and brown people are systemically regulated. 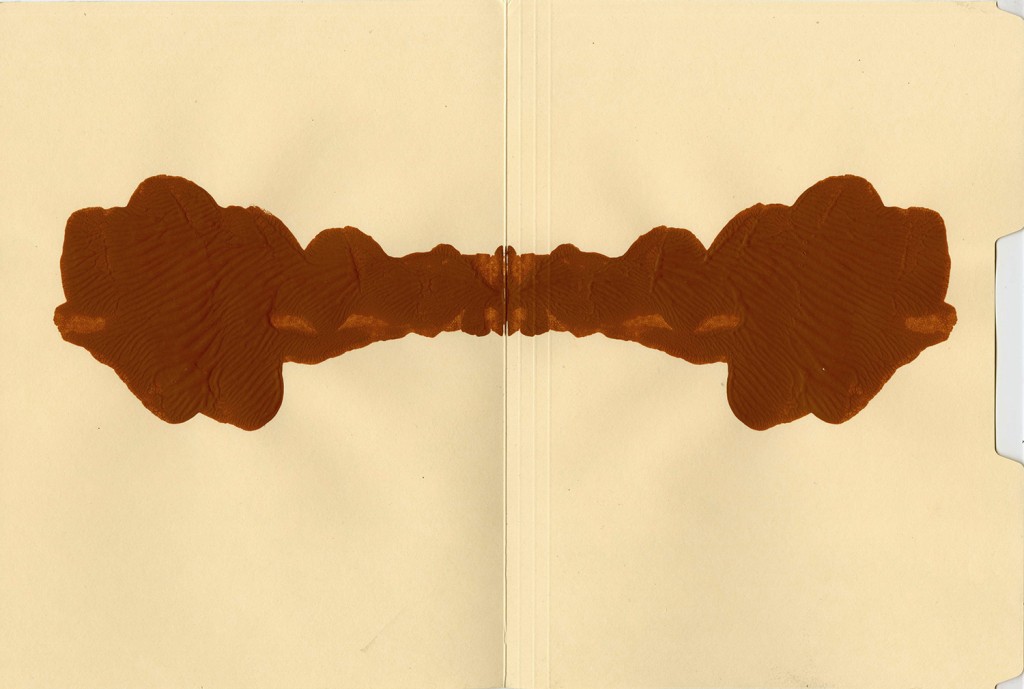 Lloyd will have several works included in the Hyde Park Art Center’s Ground Floor exhibition that showcases recently graduated MFA talent in Chicago and opens on Friday, December 12. A follow-up to her elevator intervention will be included in Ground Floor; “File Cabinet full of Rorschach Blots made with Acrylic Paint the Color of My Skin inside Manila File Folders” replaces institutional architecture with office furniture and files inside it Lloyd’s psychological tests signifying color and race. 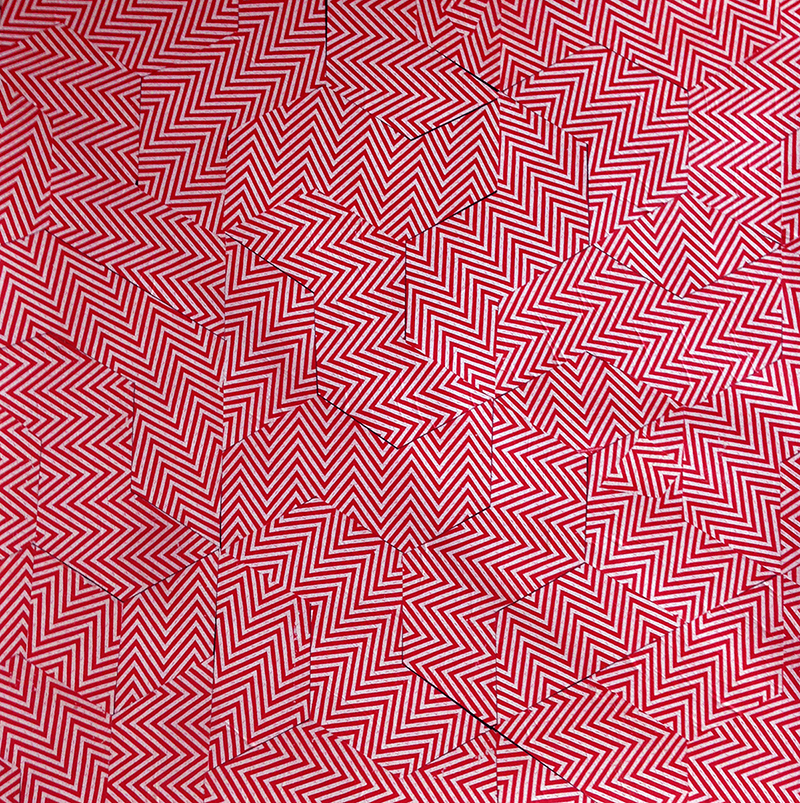 Also included in Ground Floor, Esau McGhee’s large collages are not simply the jewel-tone pastiches of geometric abstraction and decoration as they initially appear. At the opening of his solo exhibition at the Union League Club of Chicago in October, a number of well-dressed white folks cooed over an all-over composition in red and white zigzags; I doubt they’d noted it was titled “Gentrification.” McGhee tiles together images of urban spaces he has traversed with collected scraps of detritus into modest matrixes that serve as metaphors for the oft-repeated patterns of behavior that emerge from populations and the spaces they inhabit.

Writing about the installations of Fred Sandback, Andrea Fraser charges art with inherent violence that can be useful when employed knowingly: “There is a kind of violence against art and against culture that art is… it is the violence of the competitive struggle for differentiation, achievement, and recognition that so often drive our practices; and it is the violence of every intention to subvert, transgress, confront, challenge, critique, and negate.” Unassuming and provocative, these art projects slip into broader preexisting visual landscapes and draw out the possibility for black visibility within stubborn social patterns. They mine visual codes and break open formal aesthetic systems, redirecting them toward much-needed discourse in calling out the geographic and conceptual ghettoization that persists in where black people are allowed to be positioned within our culture. 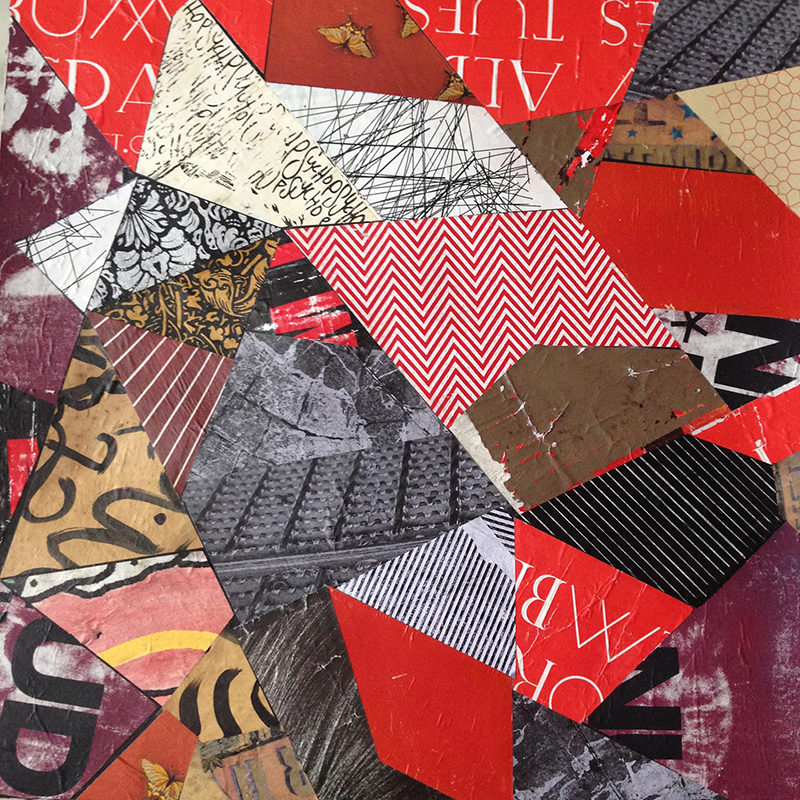 We need court appeals and demands for accountability. We need body cameras on police (thankfully Chicago has announced a pilot program launching within the next two months). We need to wake this country the fuck up and realize change in response to the senseless deaths of Trayvon Martin, Michael Brown, Eric Garner and an appalling number of other state-sanctioned murders and abuses of police power. And as these issues figure into contemporary art, stopping to notice and reflect on artworks like these by Thomas, Lloyd and McGhee is one way we can start to shift who and what is allowed to be visible, provoke an impact, and matter.