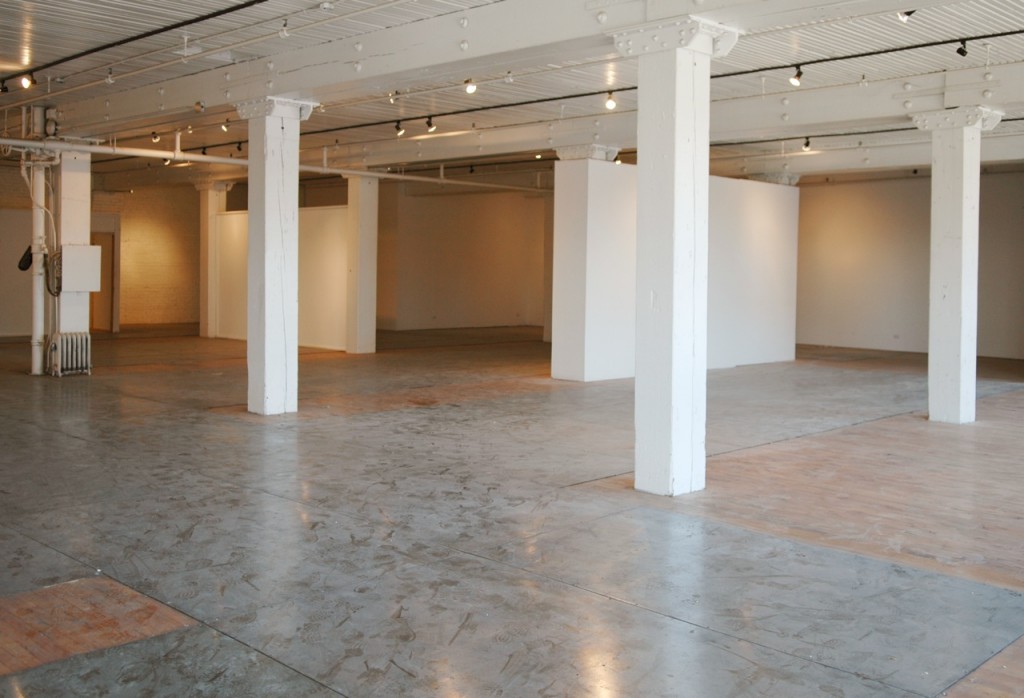 At the start of December, Chicago Urban Art Society (CUAS) completed its move from its location in the East Pilsen neighborhood to 3636 South Iron in McKinley Park. The move is seen as a homecoming for the exhibition gallery and creative-use space: executive director Lauren M. Pacheco and gallery co-founder and director Peter Kepha are siblings who grew up in nearby Brighton Park. In addition to changing locations for the opportunity at working with a larger space, the new spot interconnects areas that have large Latino communities such as Back of the Yards, Bridgeport, Brighton Park and McKinley Park, allowing CUAS to work in accord with their fundamental commitment to serving Southwest Side Latino communities. “The Southwest Side of Chicago is an art desert,” says Pacheco. “We hope to provide a much needed resource and to continue our advocacy work for more arts and cultural spaces that push innovative practice and discourse in Latino communities and the South Side.” Kepha seconds that notion saying, “In 2015, I am extremely excited to present a curatorial practice that involves new visual voices who are able to think differently about space, community and production.”

Pacheco is assured though of CUAS’s continued involvement with the Pilsen community where the organization made its home for the last three years. They will continue producing events and festivals like the fifth annual Slow&Low: Community Lowrider Festival, pop-up flea markets, via their satellite exhibition space at the Mana Contemporary building and their relationship with School of the Art Institute of Chicago graduate students and locals.

CUAS is now located on the second floor of a five-story industrial warehouse where they are provided with a starter space of “8,000 square feet with the option to take an additional 8,000, which will be the five-year plan for CUAS,” says Pacheco. Even the initial scale of the new location more than doubles the 3,400 square feet of their previous home. CUAS has plans to make use of that extra space by possibly including a dedicated exhibition space, areas for exhibition pods, pop-up markets, workshops, student residencies, public programs and even a library.

Committed to providing underserved communities with a gateway to art since the establishment of CUAS in 2009, Kepha and Pacheco intend to bring the same kind of commitment to positive change to their new locale. This is the third location since 2006 (when they were known as 32nd&Urban Gallery and were situated in Bridgeport) in which CUAS has established a creative space in an overlooked industrial corridor. (Mahjabeen Syed)