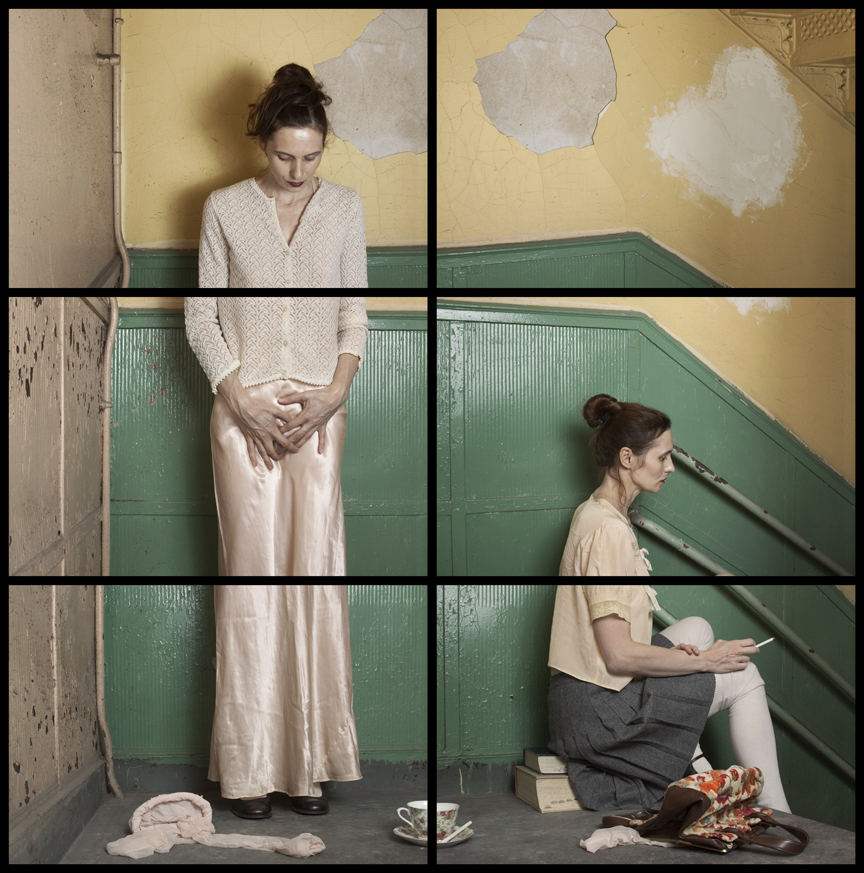 A look at the fifteen photo-artists whom gallerist Martha Schneider has included in her twenty-fifth anniversary show, which ends her run at Franklin Street before she moves to 770 North Lasalle in 2015, reveals how her space has provided Chicagoans with the singular opportunity to see consistently the most advanced photography from throughout the world. The works here are representative of those of the hundreds of artists whom Schneider has shown: edgy, masterful in technique, and often shot through with existential emotions or depth-psychological import. Schneider has presented the existentialist side over the years particularly through Argentine photographers, whose country’s elite culture was smitten by that movement, which matched the native temperament. 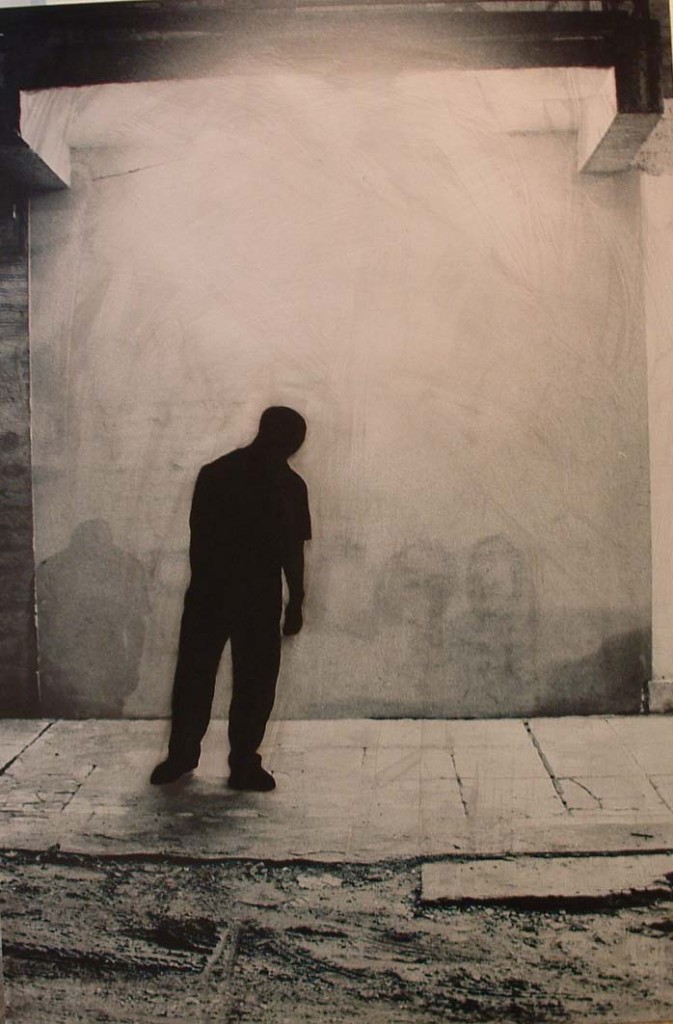 Here Juan Paparella offers “Backroom,” a hand-painted photo, emphasizing the gray scale, in which a silhouetted man stands slumping on a decaying sidewalk in front of a smudged, glaring wall. He could be Sartre’s Roquentin from Nausea, or Camus’ Stranger. For searing psychoanalytic depth, nobody can beat Cornelia Hediger, from Switzerland, who is represented here by two images from her series of self-portrait scenarios, in which she has split herself into two figures, one of which is anxious, troubled, sensitive and uncertain; and the other, who fixes her gaze on the former, is confident and judgmental—the fragile ego and the punishing super-ego. The key to Schneider’s contribution is her unwavering commitment to the highest standards of craft and, more importantly, of character. Her artists must be serious and unprepossessing in presenting visions uniquely their own. Schneider does not follow trends and she adheres to her own personal aesthetic and standards of importance. In doing so, she has touched the visual pulse of our time. (Michael Weinstein)