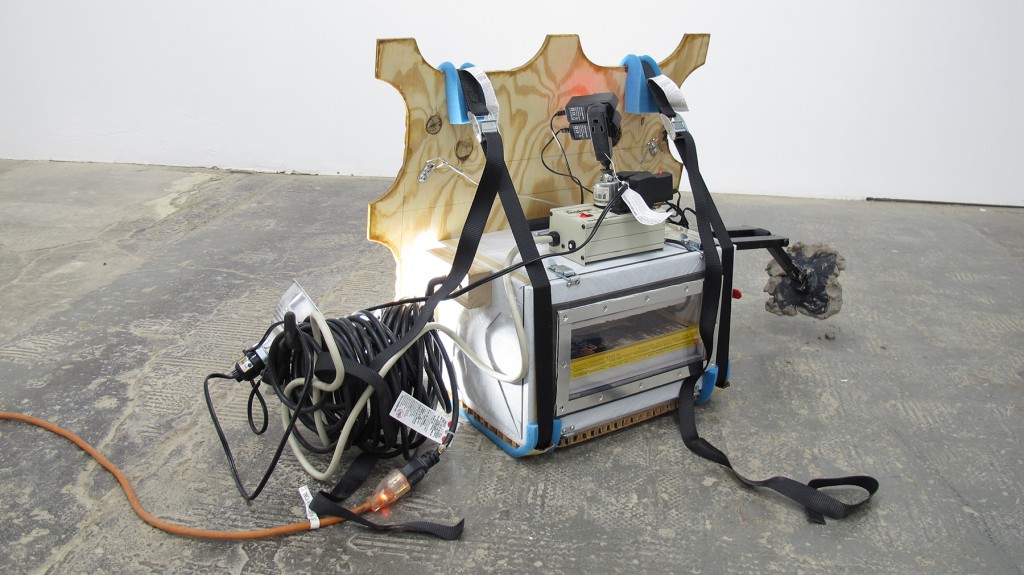 How can mapping be a spiritual process? This sparse installation of two complementary works began as a conversation between two artists interested in an innate sense of remoteness, observation and exploration. The show developed through long-distance communication between Southeast Ohio, Puerto Rico and Chicago about shared conceptual vantage points embedded in technology and landscape. 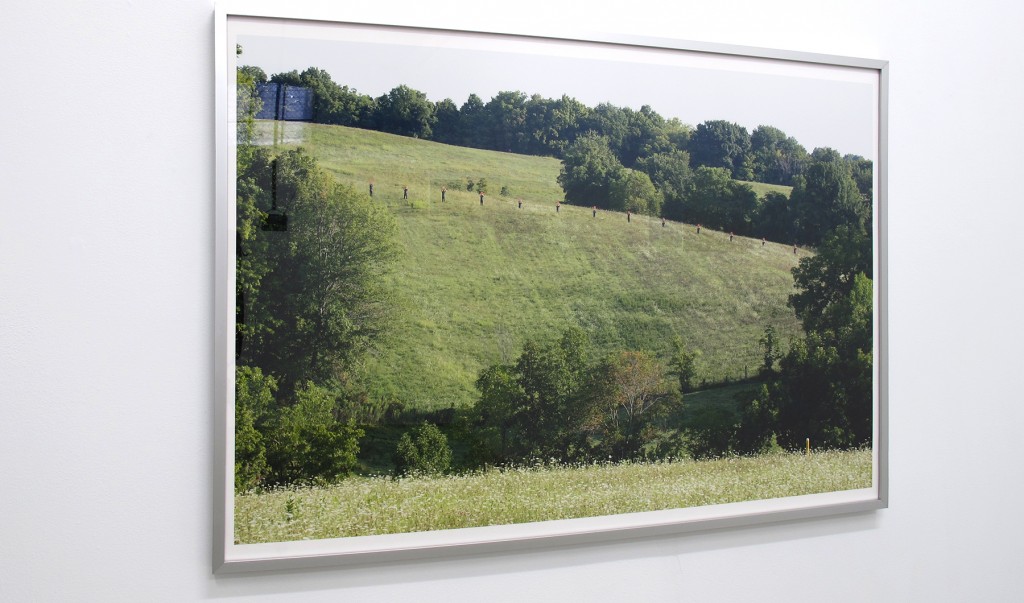 The small cement room hums with calm instructions delivered from an emergency radio hanging at the rear of the space. Sounds of birds and insects are heard within the vocal lulls. The coordinated efforts used to create Babl’s “Suggested Ridgeline,” transmitted via radio, are echoed in the large-format photograph depicting the artist holding an orange square in even intervals across a hillside field. Through the device of a line, the landscape is temporarily marked with the imagination of its observer. Rather than define the space as a particular region or for a definitive purpose, the regular interruptions mark moments of consistent observation.

Manuel Rodriguez’s collaged sculpture, “Capsule 1969-1981” also harbors records of lands traversed, dreamt of and dreamt from. Three issues of National Geographic housed within the thermoelectric cooler, laced with AC adaptors, cover events from above and below the earth’s surface. A small metal foot coated with clay from a drilling survey site in Chicago and a wooden souvenir of a tropical silhouette are tied to the side. The device serves as an active documentarian and document of pivotal moments in the exploration and imagination of inaccessible terrains—frontiers, escapes and the deep underground.

In a distinct nod to a Heideggerian vernacular, technology in both works attempt to manifest rather than mediate spirit. In his 1977 essay, “The Question Concerning Technology, ” Heidegger builds the argument that “Technology is […] no mere means. Technology is a way of revealing.” Here, the apparatus of observation rather than the ground itself, be it a process or an object, becomes an expression of will in landscape and a location for contemplating accumulated experiences of exploration. (Alyssa Moxley)

Through January 11 at PEREGRINEPROGRAM, 3311 West Carroll.