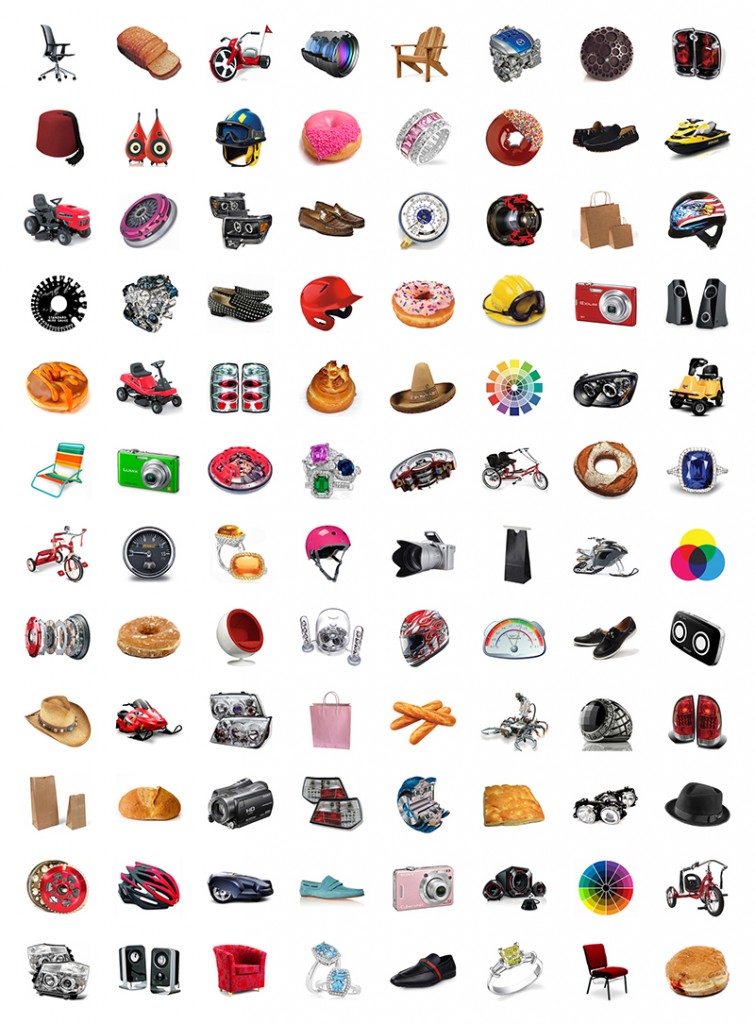 Jeff Gibson culls images from the internet’s massive store, choosing JPEGs of products silhouetted against white backgrounds, highlighted perfectly by their surrounding vacuous atmosphere. When combined, the images call out to each other in a fashion not immediately recognizable, playing against the objects’ shiny machinery or garish design. “My roots are in pop and conceptualism so a lot of my subject matter is from popular culture and bears that stain, and I am only happy to rub the world’s nose in,” says Gibson. Gibson views all his images as products, calling attention to the aesthetics of consumerism via visual taxonomies. 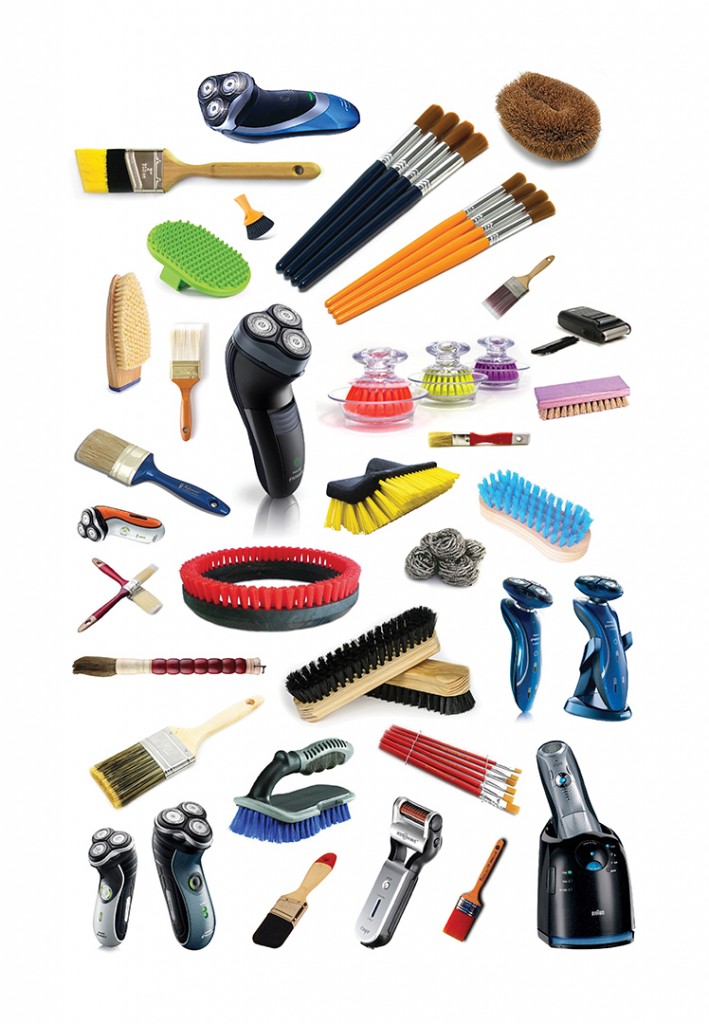 Gibson first arrived in New York from Australia sixteen years ago, moving from Australian Art&Text magazine to Artforum, where he currently is managing editor. Gibson has always had one foot in the publishing world and one in that of visual culture and art, balancing his own practice with that of publishing reviews of others. “The way that I dealt with all of this was just to assemble raw material. It was something that I could do on my own, when I found the time,” said Gibson. “I didn’t know where it was leading, but I knew that it was going to put me in a good position.”

The position is a massive JPEG universe. “It’s a map of the world,” says Gibson. “A map of my world at least.” Gibson is careful to place instinctually beautiful images with those that would be interpreted as gaudy, repulsive product amplifying sexy design. Ostentatious diamond rings offset glazed donuts as sombreros situate themselves next to loafers with a pointed toe. Each product allows those surrounding it to become seductive through their tight arrangement.

Gibson also weaves in a text-based element in other projects, such as his invented definitions he has been generating for years, but only recently combining them in artist books and video installations. “Auratic detritus: junk art as value-added reality,” or “immaculate conceptualism: the tidy presentation of bankable ideas.” Gibson’s video “Metapoetaestheticism” was installed in the elevator at this year’s Whitney Biennial, soundtracked by selected pieces of Muzak—the musical equivalent to background art which is scientifically designed to be consumed like empty calories. He views the soundtrack as “beautiful punishment—seductive but queasy and nauseating at the same time.” Muzak is designed to be in malls, waiting rooms and industrial plants—the origin of many of the images found in Gibson’s work.

Previously Gibson’s taxonomies had been pared down, specific qualifications for each grouping placed together. For his show at Andrew Rafacz however, Gibson throws up a large sector of his image search base, recombining previously separated taxonomies into a wallpaper covering three of the four walls in Gallery 2. The audience is granted a peek into Gibson’s mother lode of images that are locked and backed up in three separate drives, ensuring complete security for his found image fortune. (Kate Sierzputowski)