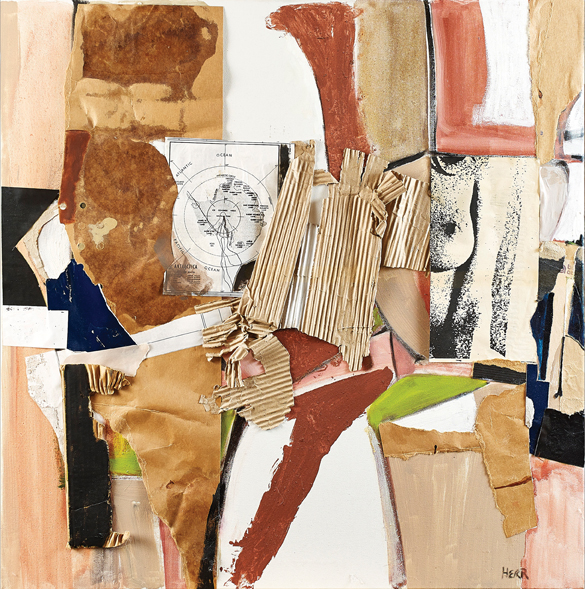 This exhibition is about Abstract Expression as a lifestyle. After beginning a promising art career in the 1950s, Ben Herr (born 1935) moved back to rural Lancaster Pennsylvania in 1960 to pursue a different profession and better provide for his growing family. But his life in painting continued, and over the past few years has come back as strong as ever, recalling the antic playfulness of Paul Klee and the jazzy intensity of Romare Bearden. This is his first one-person commercial gallery show in more than thirty years. 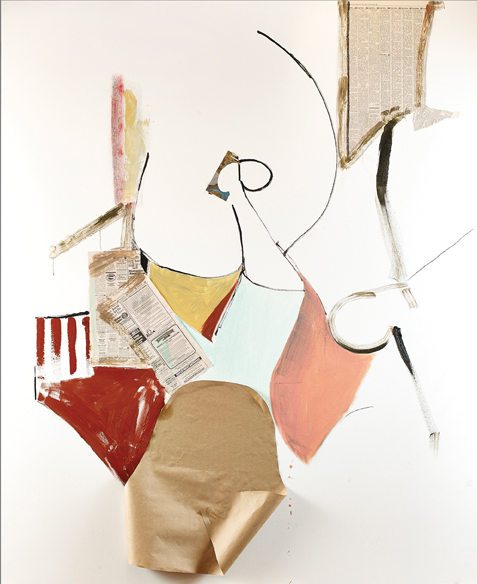 More fanciful than dramatic, each piece feels like a sequence of delicately balanced, acrobatic gestures thrown up against a solid white canvas. They seem to reflect a happy domestic life in kitchens and bedrooms, with bits of clothing and clutter and female bodies in unexpected and delightful combinations. There is nothing weird or strange about the subject matter—but the paintings are rigorously dedicated to variety. He never does the same thing twice, always saying to the viewer “and if you liked that—here’s something else that will top it,” as his painting rambles across the surface or, more often, crushes in from the edges.

Herr obviously likes the feeling of brush and paint on canvas, but has been open to whatever else might serve the moment, reaching for any scrap of cardboard or paper to do the job, increasing the effect of impetuous and spontaneous movement. But he’s also making these pieces more temporary: it’s doubtful that the aging and fragile fragments of newsprint and crumpled paper will outlive the artist himself. Like flower arrangements or window-dressing, this work is not about eternity. It’s about living in the moment—a step back from the heroic ambitions of the first generation of Abstract Expressionists, including Herr’s mentor, Melville Price.

The paintings are more like the happy accidental effects of a home-improvement project than assertions of human, national or personal destiny. But all the stuff within each one, from thin, delicate black lines to large patches of primary color or fragments of corrugated cardboard, has been organized into a single, thrilling, athletic movement. They’re depictions of a life well lived—even into its eighth decade. (Chris Miller)