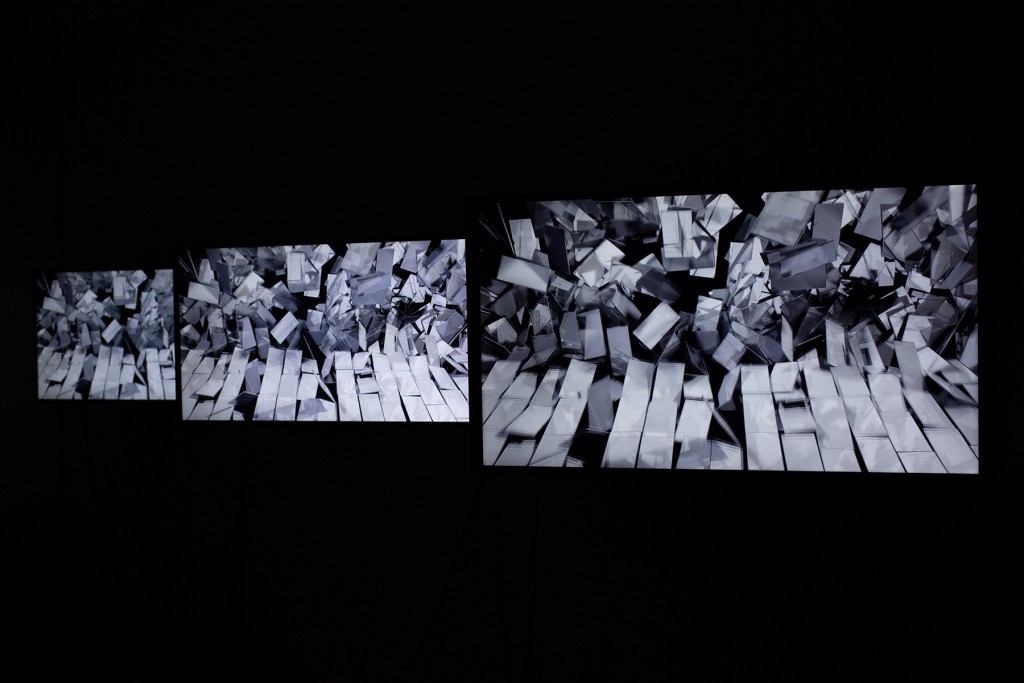 In economics, a volatility smile is a buckling curve that appears in certain graphs that trace the hypothetical prices of commodity exchanges in a fluctuating market. As the title of Philip Vanderhyden’s dual channel video installation, the ambiguous moniker seems to imply a sinister joy in the chaos of complex economies. The video repeats over nine flat-screens hung in a zigzagging row across the long wall of the gallery. In a seamless fifteen-minute loop, these several screens glow with the sleek and shiny surfaces of hypothetical pleasure objects: copper-hued cubes, silver-clad slabs and crumbled porcelain sheets glide with seductive ease across the long plasma terrain like an iPhone billboard set in motion. The slick on-screen movement of these imaginary things recalls the tactile displays of electronic visual technologies, pointing toward the strange collapse of image and object in the contemporary moment of touchscreen everything. 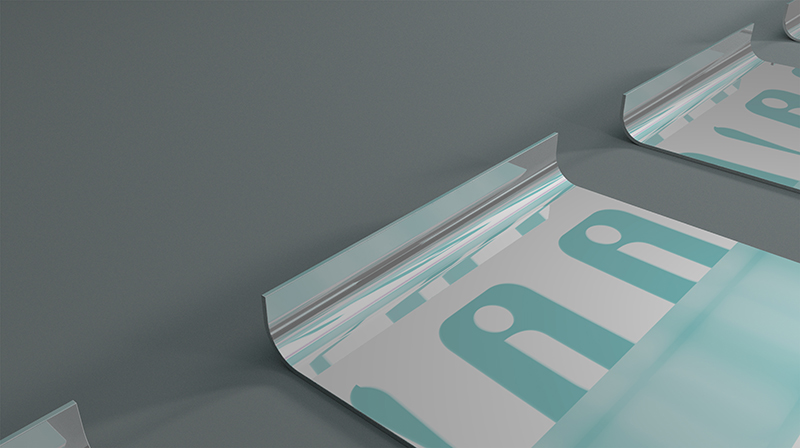 Glimpses of images, such as the interiors of showroom apartments and idealized cityscapes, pan across the reflective surfaces of the chromed minimalist abstractions. Somewhat grainy and difficult to discern, these photographs of fantasy projections appear already dated in the face of the pure perfection of the generated abstractions that bear them. It is as if our former fantasies can no longer compete with the promise of a flawless future. At other moments, barely recognizable corporate logos appear and disappear in the midst of the whirring spin of graphics while the whole installation begins to resemble the monumental stock tickers hung in Times Square or the bottom-of-the-screen feeds of twenty-four-hour cable news television. Around this time, the floating tablets begin to crack and crumble on screen, lending a mysterious and foreboding sense of collapse and decay, only for the endless parade of graphics to rebound with more glossy shine moments later. In “Volatility Smile,” Vanderhyden has collapsed capital and spectacle in an infinite kaleidoscopic panorama. The landscape he presents is hypnotizing and terrifyingly banal, offering much to contemplate but nothing to smile about. (Elliot Reichert)