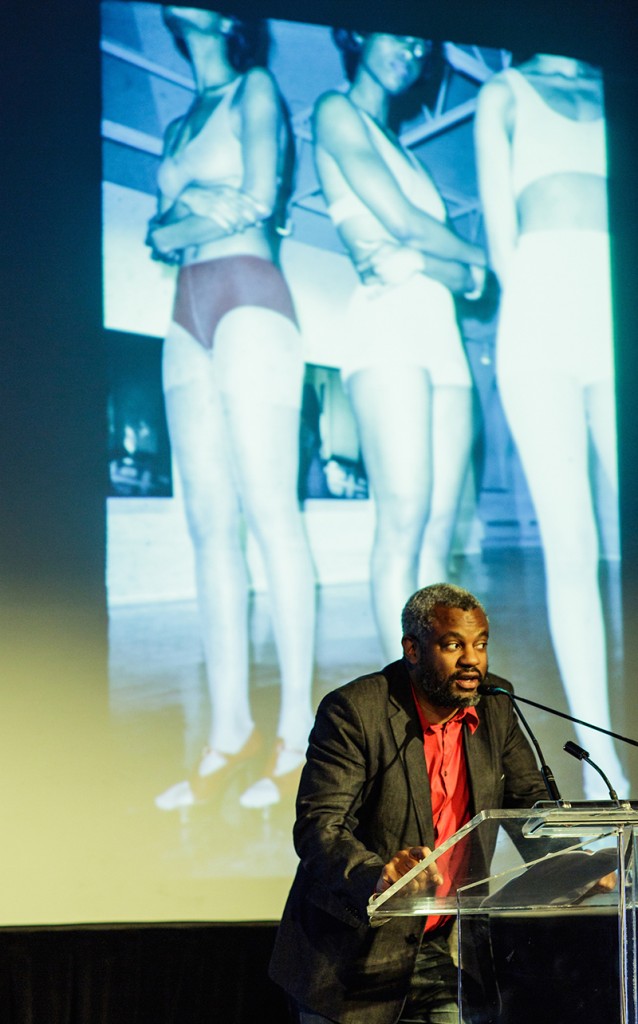 In December, the Hammer Museum in Los Angeles, California announced that the associate curator for The Renaissance Society, Hamza Walker, will co-curate the third iteration of Los Angeles’ biennial Made in L.A. (MILA) 2016 alongside Hammer curator Aram Moshayedi. Walker will be taking a leave of absence from The Ren starting February 1, for the two year focus he will be putting into MILA.

Walker was chosen to co-curate the next iteration of the Hammer’s ongoing exhibition series featuring artwork created in the Los Angeles area when the museum’s director Annie Philbin requested that Moshayedi make a wish list of potential curatorial partners. “The minute we saw [Walker’s] name,” says Philbin, “We knew he was the one. Hamza is a widely respected curator and we wanted someone from outside of L.A. this time—someone with a global view but also with a knowledge and understanding of what is going on in L.A. Hamza fit the bill and it seemed like a good moment for him to pursue something like this. Aram and Hamza will balance each other beautifully I think.”

In an email exchange, Walker delves into what he most looks forward to when co-curating the exhibition: “L.A. has such good energy; choc-a-bloc with a few generations of major talent. I can’t think of a more ideal way to get to know a place and L.A. serves itself up as a place well worthy of exploration. It’s a world.”

Walker has his BA in Art History from the University of Chicago, where he has not only been associate curator for their independent not-for-profit contemporary art center, the Renaissance Society, but also the director of education since 1994. His most recent exhibitions include “Teen Paranormal Romance,” 2014, “Suicide Narcissus” and John Neff, both 2013. Walker has also written art criticism and reviews for Artforum, Art Muscle, Dialogue, and Parkett, as well as having contributed catalogue and brochure essays for Small Things and Rebecca Morris among various others.

Walker is approaching this opportunity with fresh eyes and an open mind and ears. In regard to his new appointment, he writes, “I feel honored. The Hammer is an amazing institution. Who could say no to Annie Philbin? The Hammer is a team, and Annie its fearless coach. Getting to work with Aram is the bomb. He and I have a simpatico, which should never be taken for granted when doing a project like this.”

MILA showcases all different forms of mediums such as new installations, films, sculptures, performances and paintings, the majority of which are custom-built specifically for the exhibition with support from Hammer’s artist honorariums given to every artist in the exhibition that, depending on the production needs of their work, ranged anywhere from $1,000 to $7,500. The two previous MILA exhibitions have highlighted the work of both up-and-coming artists such as Channing Hansen, Meleko Mokgosi and Samara Golden as well as under-recognized artists like Channa Horwitz. Previously unknown, Horwitz was featured in MILA 2012 at eighty years of age, which caused a sudden frenzy of market sales around her work. Explains Philbin, “The biennial is frequently a great launching pad for a young artist to receive greater exposure, find a gallery, or bring the attention of curators and collectors.”

The 2016 exhibition will be on view from June through September of 2016; the list of artists will be announced earlier the same year. (Mahjabeen Syed)