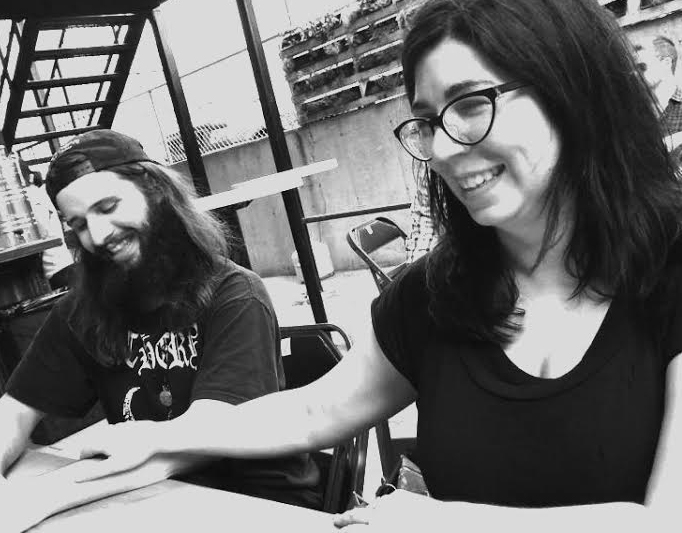 Artists Ryan M Pfeiffer and Rebecca Walz’s focus falls emphatically on collaborative action. The duo draws simultaneously, sitting across from each other and working over the same sheet of paper, arranging a mélange of seductive archetypes from the visual history of the West. Their collaborative drawings register caprices and negotiations; marks intermingle and become impossible to assign to any single collaborator. Various mystical, religious and cultural icons coalesce in busy, textured cadres—woodcuts from volumes of Sade, archaeological records, Pietas and Venus idols, or Hans Bellmer’s fetishistic photographs. Their repurposed, blended imagery has all the tellings of an expert bibliography. The compositions are stages on which the duo’s investigations into alchemy, ancient art and eroticism are performed as drawing. 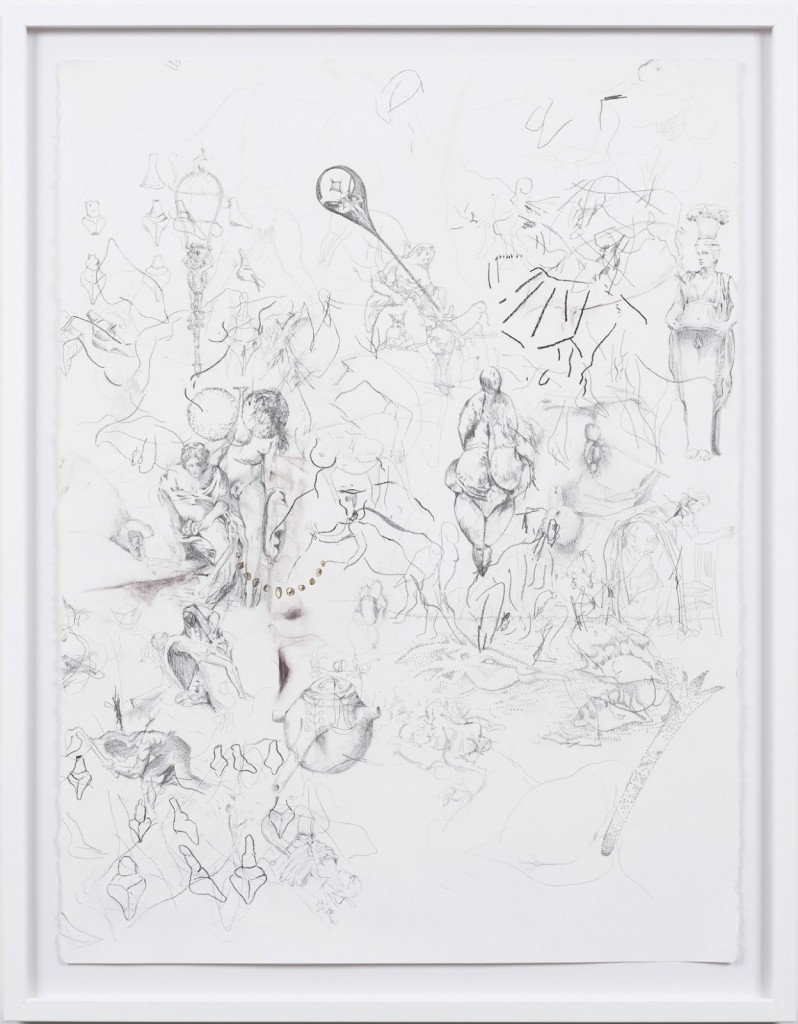 Pfeiffer and Walz first began exhibiting together in 2013. The compositions in the drawings for which they are most known imply free association, flow. While this is consistent with the arrangement of forms, it is misleading. Pfeiffer and Walz’s mission carries a high degree of intentionality—is alchemical in essence: it is through the act of drawing that Pfeiffer and Walz seek to dissolve their own individual identities. This motive has deep roots in the history of Western Mysticism, where the union of opposites is symbolic of the divine. The drawings as a record of action evoke the legendary Rebis, or divine hermaphrodite. This Rebis functions as a conceptual through-line in the artists’ rich oeuvre, often expressed in classical gender divides: Psyche and Eros, Artemis and Actaeon, Christ and Madonna. One of the viewer’s many rewards in the duo’s drawings is the erotic vibrations between content and form, form and context. These works have all the delicious abundance of a Flemish banquet painting, while maintaining the cool handwork of a blueprint. 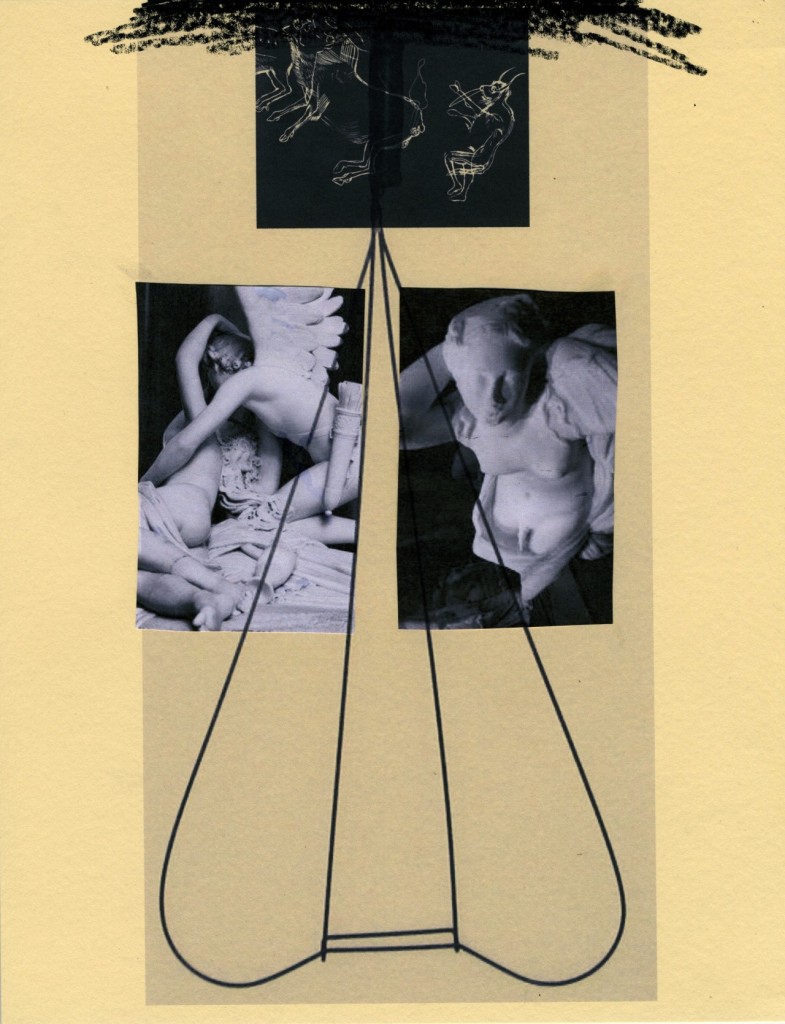 The drawings are complemented by the duo’s collage-sketches. The mechanics of quoting and assembling in their collage process nicely underscores similar formal operations in the larger drawings; that is, Pfeiffer and Walz’s intentioned layering of readymade imagery.

A subversion of authorship is integral to their conceptual project (as Rebis), and implied by the use of widely disseminated and resonant imagery (as bibliographers). In describing one such series of collages, Walz remarked “We were looking to describe the myth of Psyche and Eros (much like Actaeon & Artemis) as Rebis—but also as ‘lookers’ since the myth is so much about the passive yet sexualized body in contrast to the active gaze.”

Currently exhibited alongside artist/activist Hunter Reynolds at Iceberg Projects, the works in this new series of drawings repeat a Venus-idol motif and striking overlay of heavy hatch-marks, evoking cave walls, primeval mark making and the convoluted history of sexuality.

Pfeiffer and Walz are recently returned from residences at The Ox-Bow School of Art in Saugatuck, Michigan and Pyramid Atlantic Arts near Washington DC. They have been selected for the 2015 Vermont Studio Center Residency, and look forward to their forthcoming exhibition “Caves, Mines, Tombs” with Matthew Lusk at Slow Gallery in Chicago. (Collin Pressler)