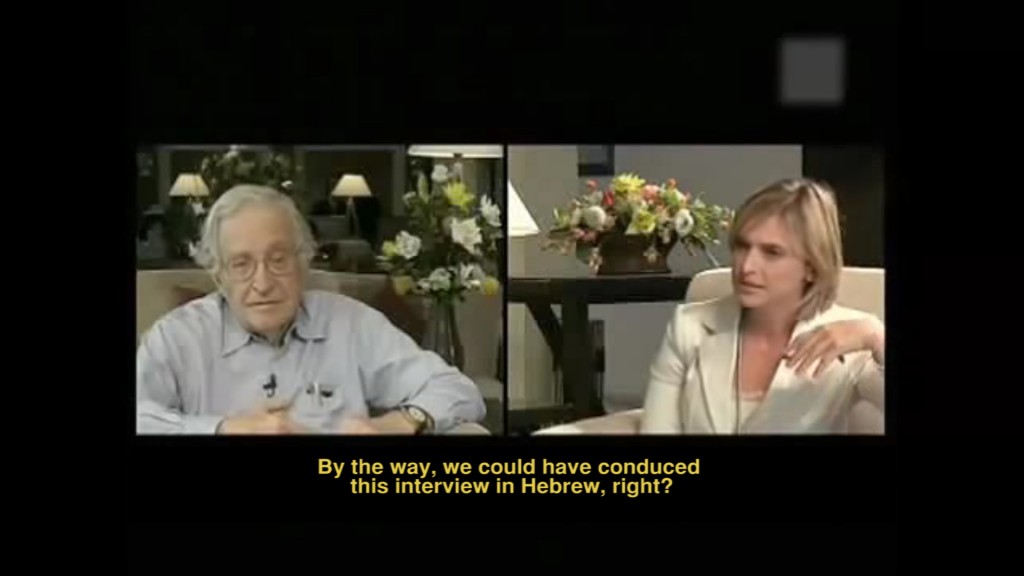 Orr Menirom’s first American solo show presents a rigorous and challenging work of video collage that begins with excerpts from a 2010 interview between Noam Chomsky and Dana Weiss, a television journalist for the Israeli Channel 2 media network. Having attempted to enter the Occupied Palestinian Territories to give a lecture at Birzeit University near Ramallah, Chomsky was turned away by Israeli border control officials and put on a plane to Amman, Jordan, where he sat for the interview with Weiss that is the material of Menirom’s digital manipulations. 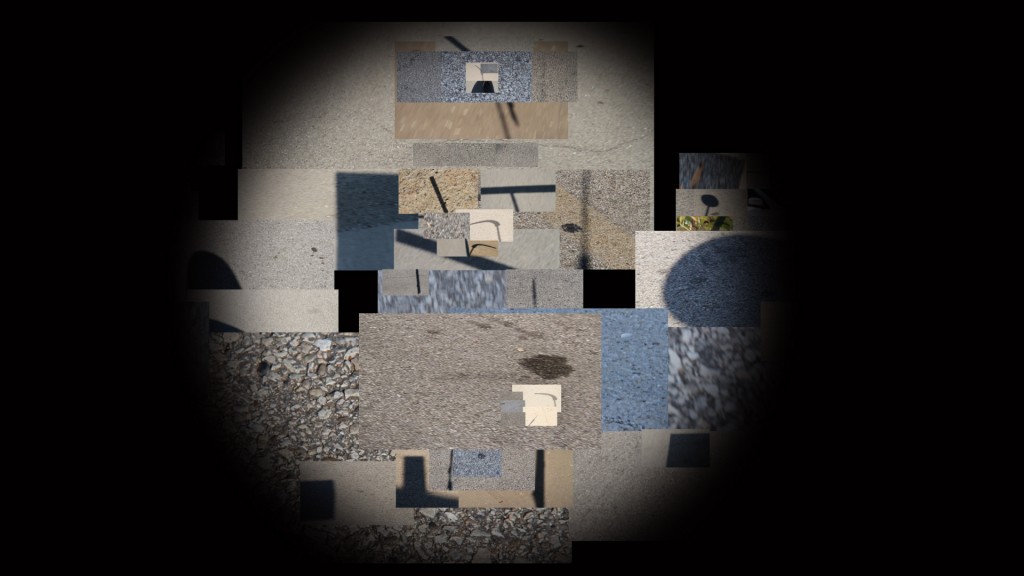 The video commences with a seemingly coherent exchange between Chomsky and Weiss set in a generic hotel lobby. Weiss points out that, since Chomsky is fluent in Hebrew, they could have conducted the interview in that language, a logical choice for the station’s Israeli audience. Chomsky notes that, despite having lived in Israel long enough to speak its official language, he would not trust himself to conduct the interview in Hebrew because he would “have to think too hard to get the words out.” The relationship between speech, text and meaning thenceforth becomes the primary investigation of the work. As the interview continues, minor discrepancies between the written text of the on-screen subtitles and the spoken words of the audio track give the viewer reason to distrust what is seen and heard. Slight twitches and glitches in the video become increasingly pronounced as the voices of Chomsky and Weiss also stutter and repeat themselves. As Chomsky’s and Weiss’ words become minced and intermingled, a third voice, a fictive construction fashioned from the grammatical utterances of both subjects, begins to narrate a surreal dream. The screen goes dark and when video returns, it displays a patchwork of abstract color fields in blue and grey which turn out to be several overlaid videos of asphalt, suggesting movement over a road or a tarmac. Over the whistle of wind, the voice of Chomsky-Weiss describes being airborne above an unknown, shifting territory. In its layered complexity, Menirom’s video suggests that the possibility for rearranging and manipulating images is just as infinite as the grammar of spoken language. (Elliot Reichert)

Through January 24 at Aspect/Ratio, 119 North Peoria.