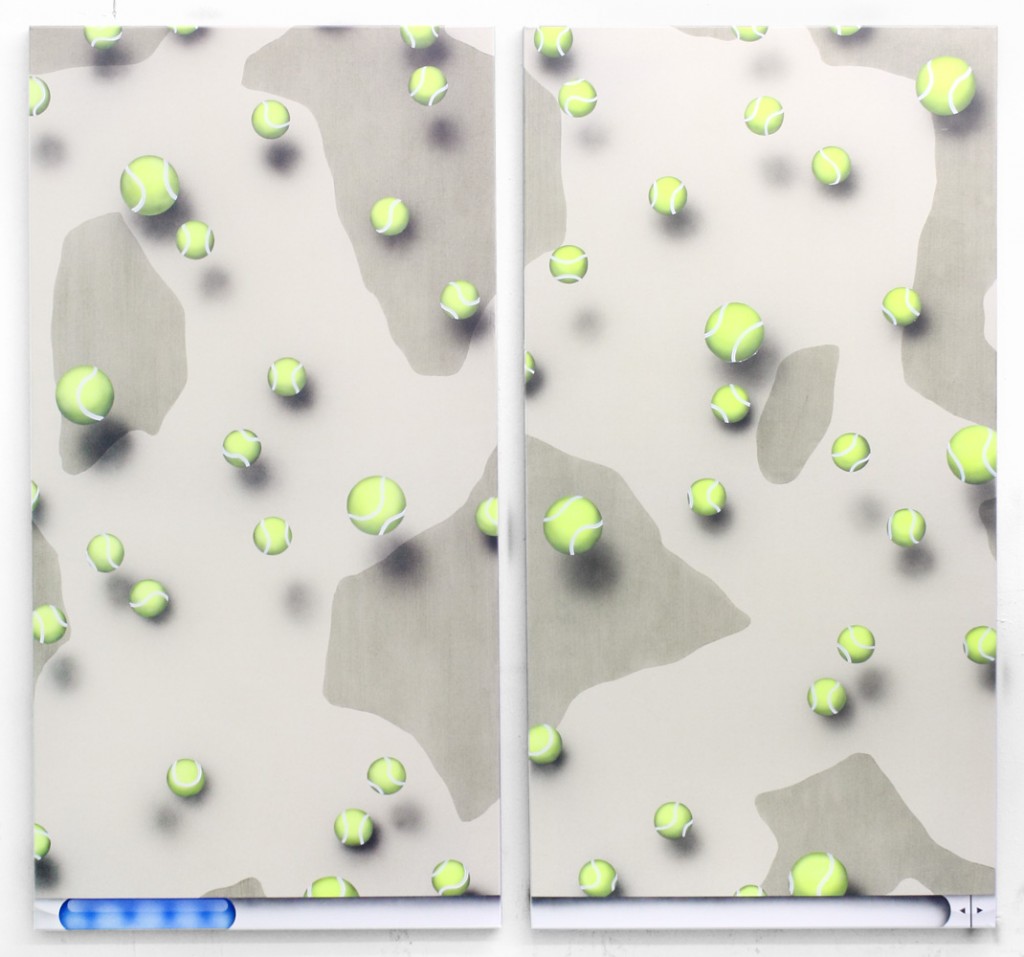 DOGS CHASE BALLS is a show for, (occasionally) by, and about our four-legged companions, with many of the works situated low to the ground for convenience of canine access and interaction (dogs are welcome and frequently present in the gallery throughout the run of the show). NO SPACE, the Mexico-based duo comprised of cool kids Débora Delmar and Andrew Birk, curated this group effort and contributed two pieces. Tennis balls stenciled with their logo are scattered throughout the gallery; evidence of interaction exists in the form of ricochet marks on Secrist’s white walls. A video loop showing happy pups using these props projects onto the floor, harkening to the curatorial impetus for the show (witnessing the unadulterated joy of a dog playing with a ball). The film is a virtual who’s who of Chicago’s art pupperati: breakout stars are Vincent Uribe’s Milo and Wolfie Rawk’s Rudi. 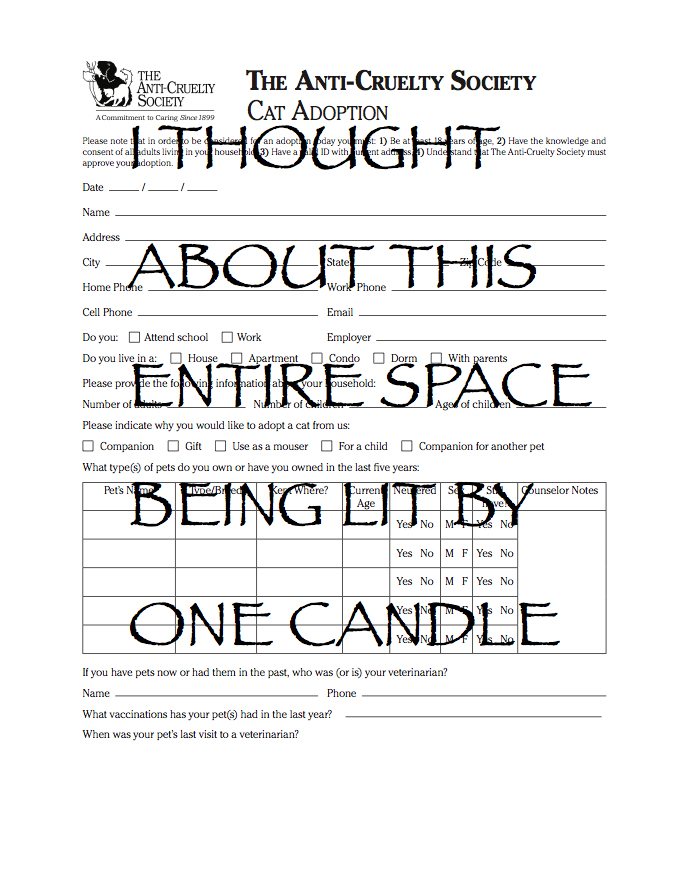 Puppies Puppies. “A Stapled Document for a Show about Dogs,” 2014, stapled document

NO SPACE’S David-Foster-Wallace-esque curatorial statement is touchingly sincere. An excerpt reads, “We’ve become apathetic and callous. We spent the whole day on our laptops.” The curators’ wish is simple: to provide a space for observation and appreciation of simple pleasures. They call for increased presence, wonder and awareness, and the presented works offer opportunities for such with mixed success. A portion of the proceeds from this show will be split between PAWS Chicago and the families of kidnapped students in Ayotzinapa, a gesture equal parts humanist and animal-rights activist.

Always the life of the party, Josh Reames dazzles with a new suite of stonerific paintings, deploying his trademark spring-break aesthetics throughout three psychedelic tennis-ball-laden canvases. Kat Schneider’s installation is equal parts humor and horror, featuring, among other things, a GoPro tour of the gallery filmed from a dog’s perspective. Her video and accompanying ephemera is situated atop “Wipe Yr Paws,” a white carpet streaked with dirty handprints left by a crawling human. In a gesture of inclusion, Schneider invites human visitors to play chew vs. sex toy with her glossy hardcover “TOYS,” which features alternating images of both with no indication of which is which. Fun for two and four-legged viewers alike! (Erin Toale)