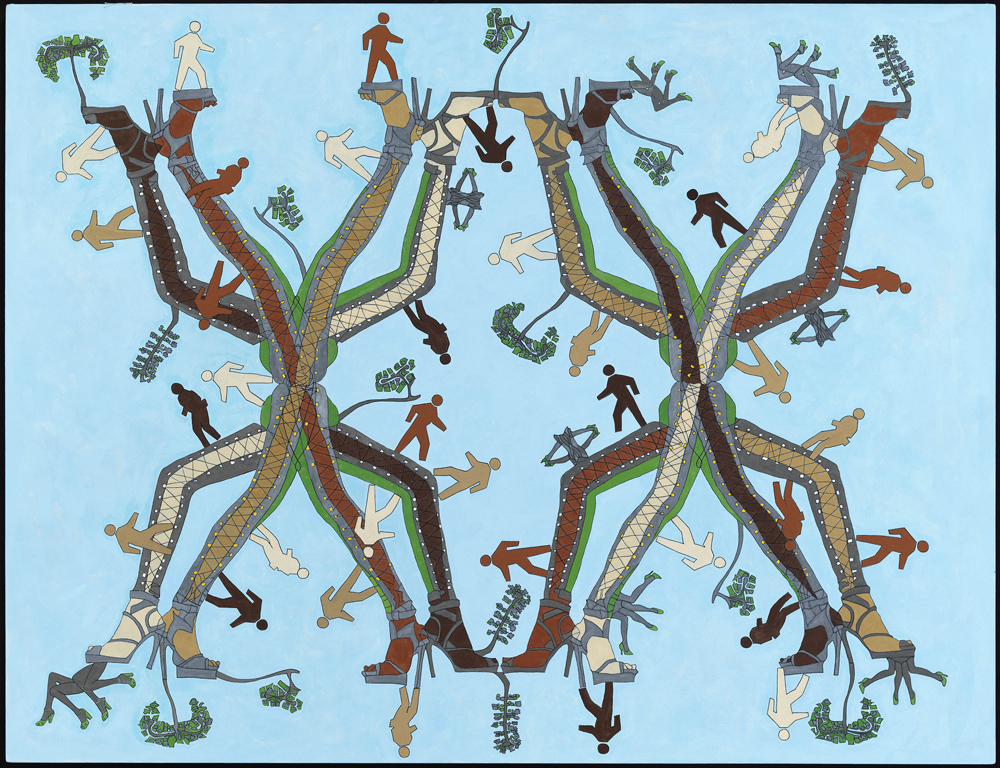 The brutal abstraction of the human body is among the most beautiful and appalling motifs one could hope to work in or imbibe; there are images online, untold millions of them, people made into pieces, and these ghoulish tableau are debrided, are rendered by the mind, instantaneously, as corn syrup and food coloring and irrigation tubing, because the alternative is simply beyond benign processing. Beautiful violence is real, if maligned; surely I cannot be the only one who views a list of “Photoshop fails!” and is overcome by a desire to steer into the spin, to take the neck-elongating, rib-removing joint floating all the way to the screaming bloody edge and drape our finest fashions on plasticine horrors, Jean Paul Gaultier-cum-John Carpenter; surely the line between pulchritude and terror is thin, as thin as the flesh rent in its creation. 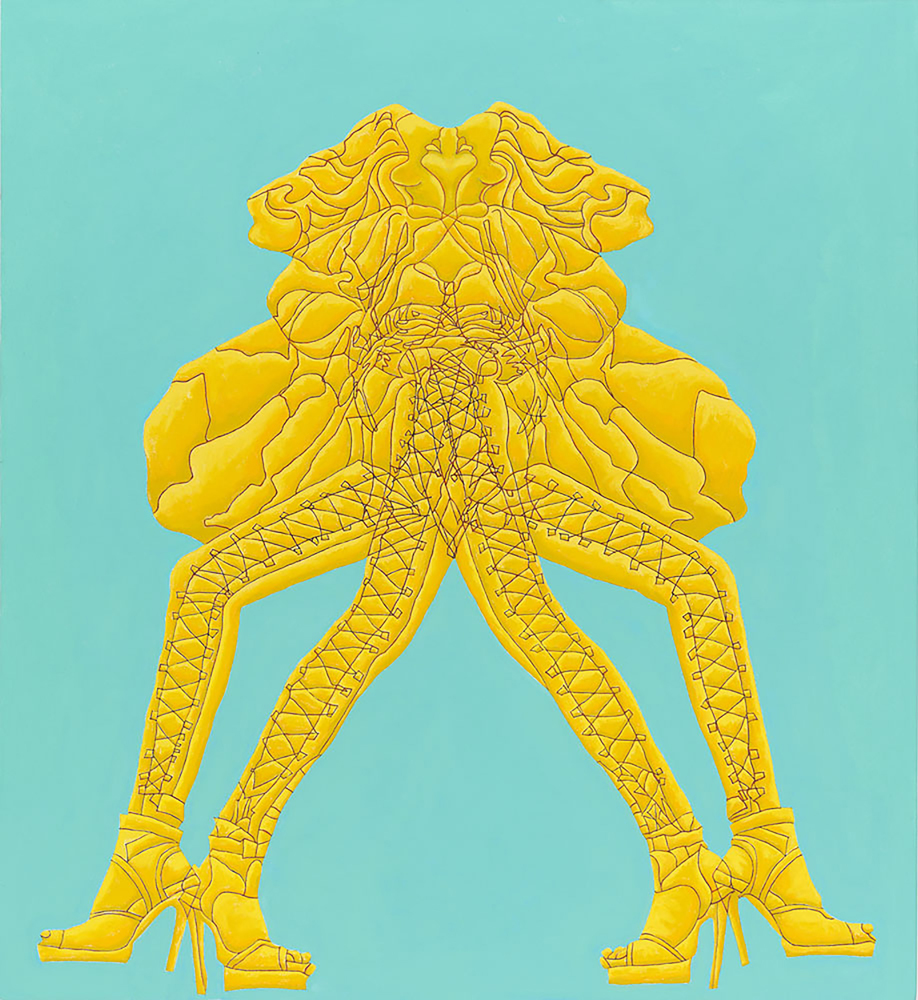 This jarring beauty is what Paula Henderson captures in “…Looking for You in the Mirror…,” most powerfully in her “Appearances” series of paintings, wherein forms excised directly from high-gloss stock are shattered into fashion fractals, corporeal kaleidoscopes comprised of shanks and pelvic girdles, faces and fingers. Pointed—literally, by stilettos, the most easily obtained forms fittingly embracing their gaze-grabbing purpose—the women of “Appearances” resemble morning stars, in both the medieval and Miltonian sense; their polymeric construction is a direct call to the Buddhist Bodhisattvas, guides to perfection. A similar motif appears, albeit less potently, in the “Traffic Pattern” series, wherein the legs, splayed from their coxal knots and resembling a Humboldt squid just in mid-lunge, are transversed by the formless men of street and lavatory signage; a far more moving example is the greyscale wandering spiders of “Ombre” being repurposed as wallpaper, silently dominating the background not just as the female ideals from when their forms are plucked likewise permeate Western society. On the exhibition’s opening night, which Paula catwalk-stalked with—and one must imagine she knows this—a grace not too far afield from her models’, a certain positioning of viewer and light rendered the faces of “Appearance XII,” the ones most easily extricated, as nothing but argent jawlines. No one noticed but me. (B. David Zarley)