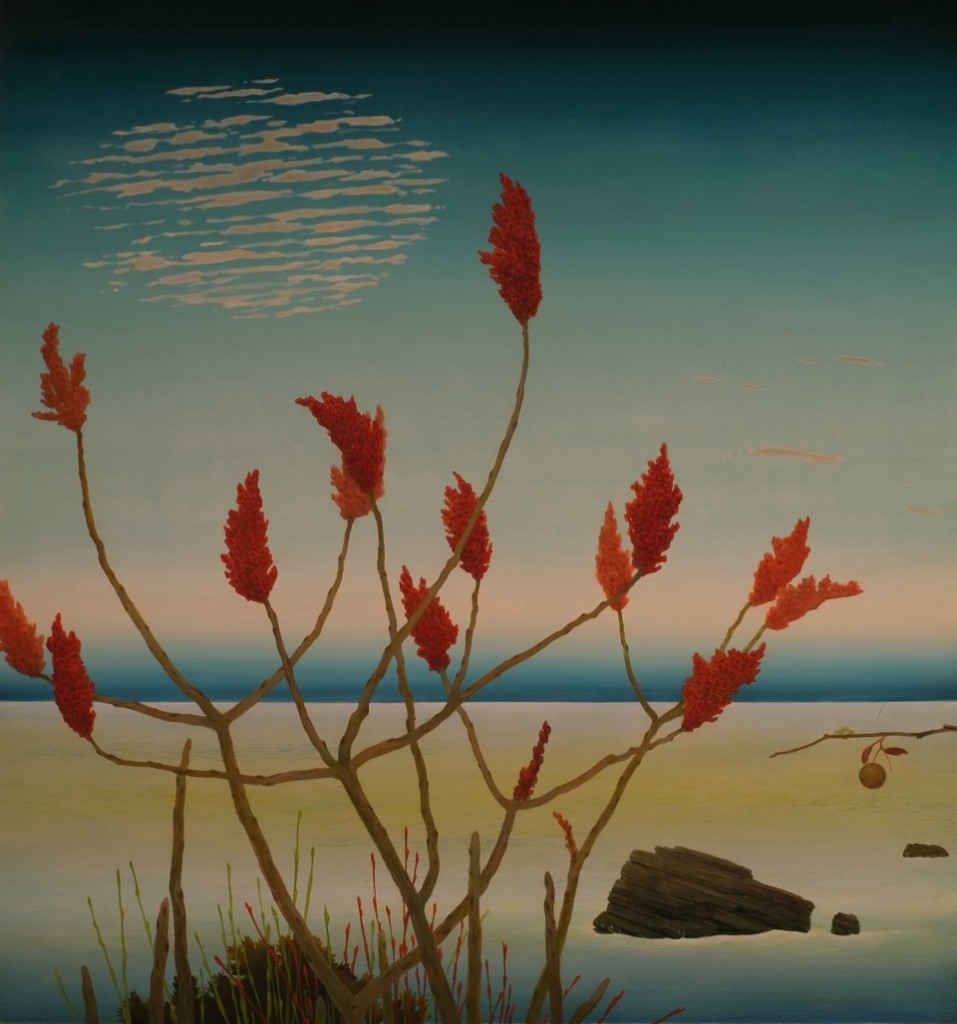 These sixteen visions of life in the north woods take us into that cheerfully lonely natural world once celebrated in Thoreau’s “Walden.” But there’s more whimsy than morality here, with no sense of the heroic in either the rustic environment or the souls who inhabit it. Erik Weisenburger’s technique is more about building an imaginative oil painting in the studio than in re-experiencing a view of actual fields and woods. His images glow with the inner light of early Northern European painting, and share that genre’s fanatical attention to detail, as if infinite time had been taken to perfect the design and execution of every square inch. No act of concentrated focus goes unrewarded. As with early German painters like Albrecht Altdorfer, he often offers the delicious effect of black, tangled, sharply drawn branches silhouetted against a glowing blue sky. 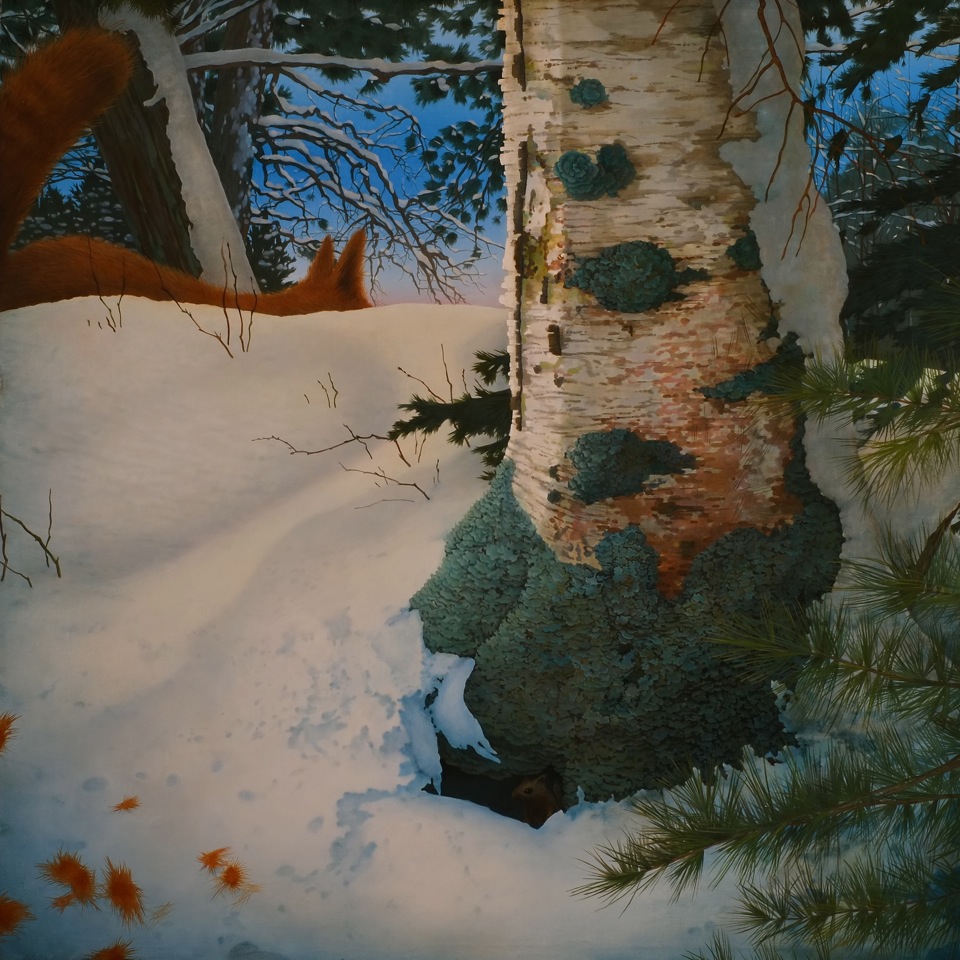 Erik Weisenburger. “Witness to an Afternoon Confrontation,”
oil on panel

In his most delightful paintings, like “14-point Staghorn Sumac,” there is no narrative beyond the eruption of nature, in discrete stylizations, into the kind of decorative patterns one might find in Japanese prints or screens. But elsewhere, various other concerns seem to be lurking at the edge of comprehension. Environmental issues may be suggested by the small bones and feathers tangled in the swirling grass of “At Rachel Carson’s,” whose home was located an hour’s drive from his studio in Maine. More ominously, the bleached bones of a large animal, possibly human, are uncovered as the snow retreats from the remote seashore shown in “Last Spring.” More whimsically, a tiny vole peeks out from beneath the roots of a great tree in “Witness to an Afternoon Confrontation.” Nearby, some kind of fantastic, furry, Dr. Seuss-like creature lies dead or sleeping, partially obscured by snow. Solitude may leave one a bit daffy—as well as spiritually refreshed.

But whatever the narrative, the most noticeable quality of these paintings is the dense, luminous richness of their design, highlighted by artist-made beveled frames, usually black, and sometimes nearly as wide as the painting itself. They funnel the viewer’s attention deep into precious, treasured, occasionally strange little worlds that are always worth the trip. (Chris Miller)