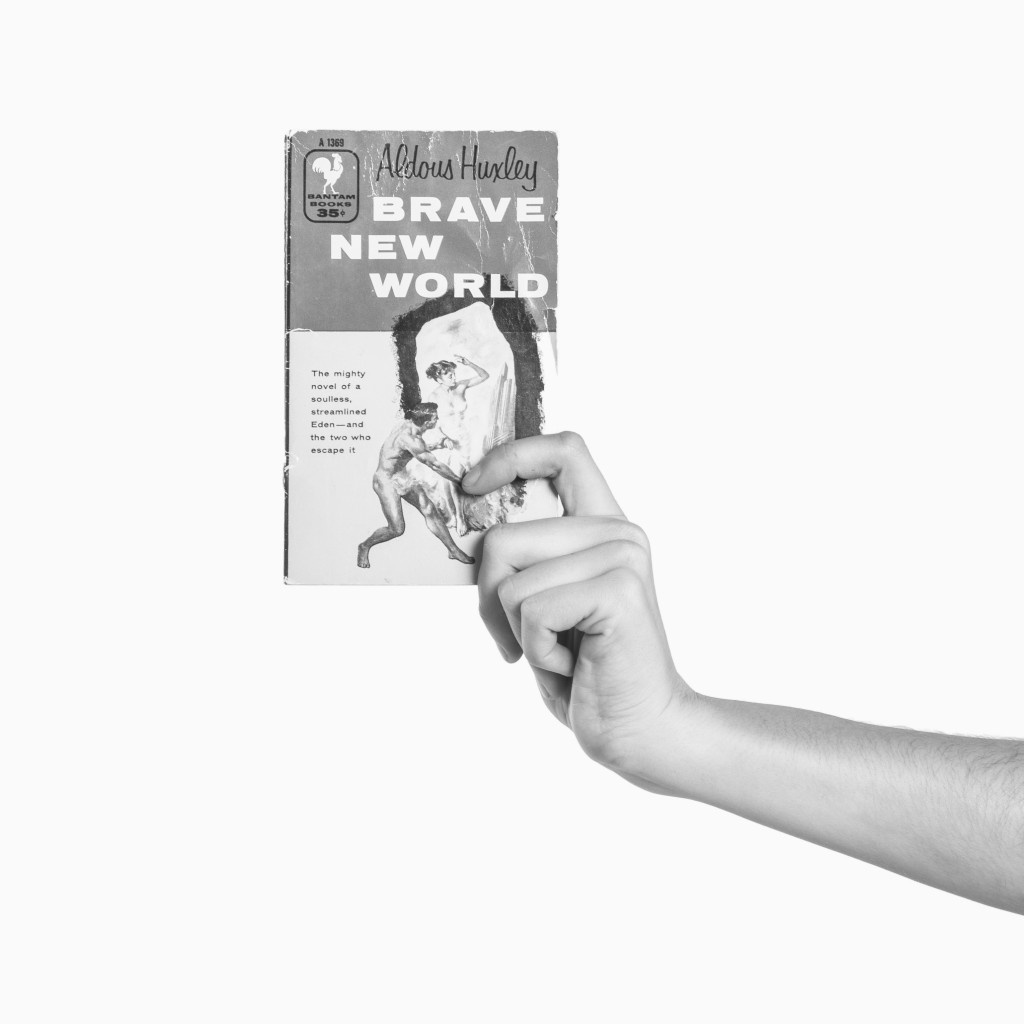 In 1977, celebrity astronomer Carl Sagan realized his conceit of sending into outer space on NASA’s Voyager spacecraft, a “Golden Record” composed of aural snippets of human culture and slices of life, accompanied by greetings, to be received by any extraterrestrial beings that might come across it and make something of it. The conventional humanism of Sagan’s project got conceptual photographers Luke Batten and Jonathan Sadler, who collaborate under the name New Catalogue, thinking of how they would represent humanity today to other intelligent life forms in the great beyond, and came up with a grid of sixteen small black-and-white shots of hands holding up familiar objects like a pencil, a hammer and a banana, against white backgrounds. The artists recruited Judd Greenstein to compose generally placid contemporary classical viola music, which is piped into their exhibit, and put text on the walls of the gallery’s front room transcribing some of the tracks on the original Golden Record, including the cloying greetings. 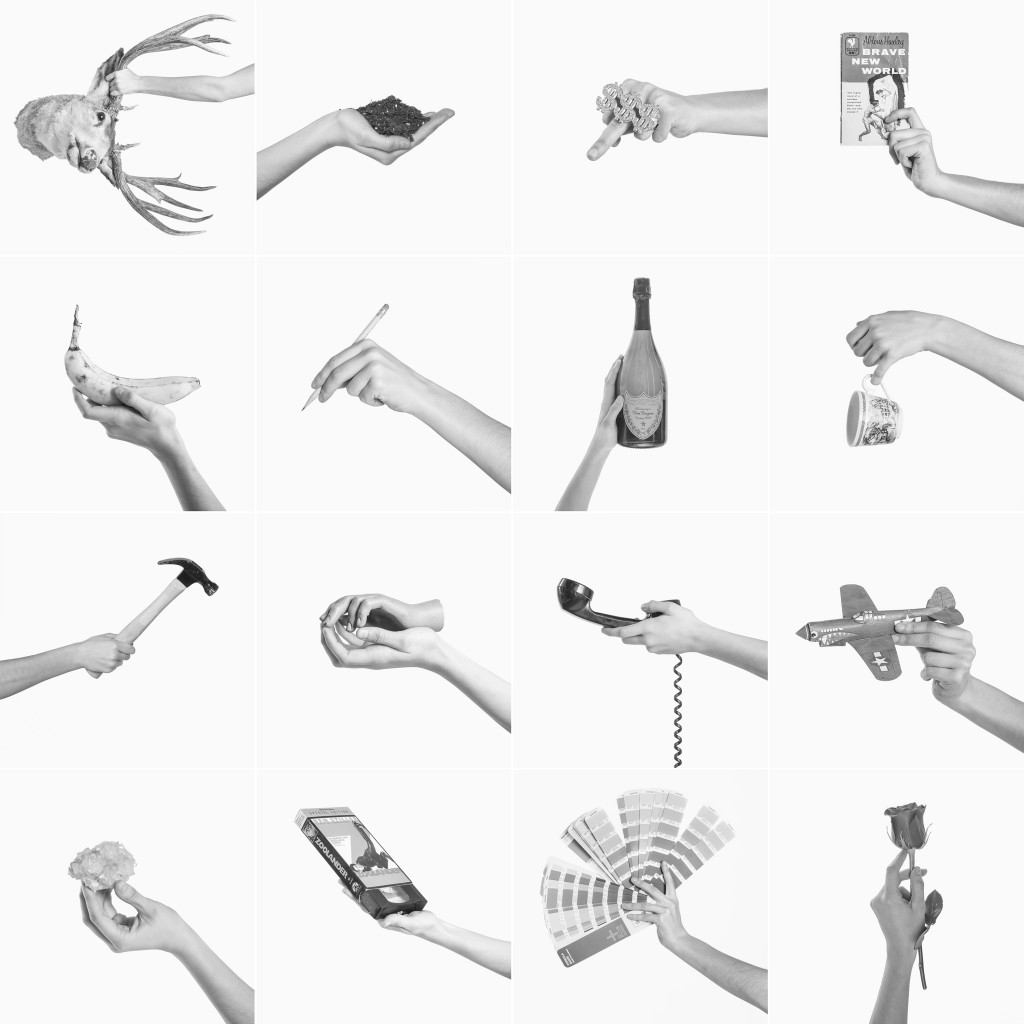 Despite the fact that New Catalogue’s installation is going nowhere but gallery walls, it is worth noting that it is doubtful that the artists’ take on humanity would be judged by most people around now to be representative of our current global life. Extraterrestrials happening upon it would be treated to sights from the cultural past depicted in a decidedly deadpan retro-sensibility. The images are, after all, black and white. What is to be made of the artists’ choice to present an image of a land-line telephone receiver with an obtrusive cord? Perhaps there is a clue in the one possibly meaningful image of the hand holding up an old Bantam paperback copy of Aldous Huxley’s “Brave New World.” Is the whole project heavily ironic, with tongue in cheek? Batten was noncommittal when asked that question. It makes some sense to think of New Catalogue as addressing us, who live in the beginnings of the hyper-technological environment that Huxley imagined, from the more innocent, though brutal, time when he wrote his book. Perhaps some people might find it comforting to imagine a world of pencils rather than computers and phones without apps. (Michael Weinstein)