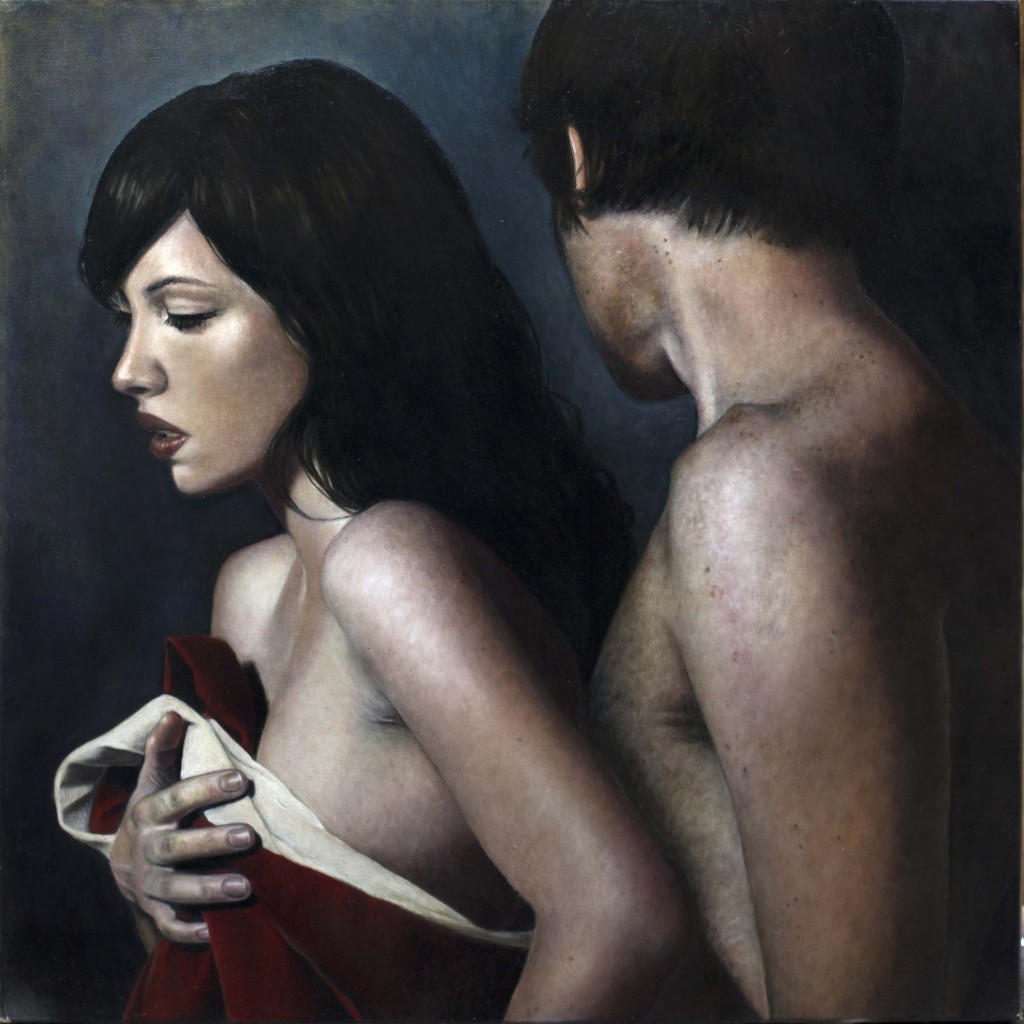 Though mostly an exhibition of current and former students of its curator, Ryan Shultz, several of these paintings would stand out in any selection of young Chicago painters. A Shultz oil painting typically applies a meticulous, flattened, Polaroid kind of photorealism to depict young adults, notably self-centered if not dissolute. One student, Sandra Stone, has got his intentions and techniques down so well that one might well believe Shultz had painted it himself. But most students have already taken their own directions.

Love of anything other than craft is absent from a Shultz portrait, but Elizabeth Claire has introduced a second figure to depict romantic angst in her stark “Turning Away.” Apparently a self-portrait with Shultz, it recalls Oskar Kokoschka’s painful depiction of himself beside Alma Mahler a hundred years ago. It’s raw, non-fantasy drama is rarely found in contemporary painting. 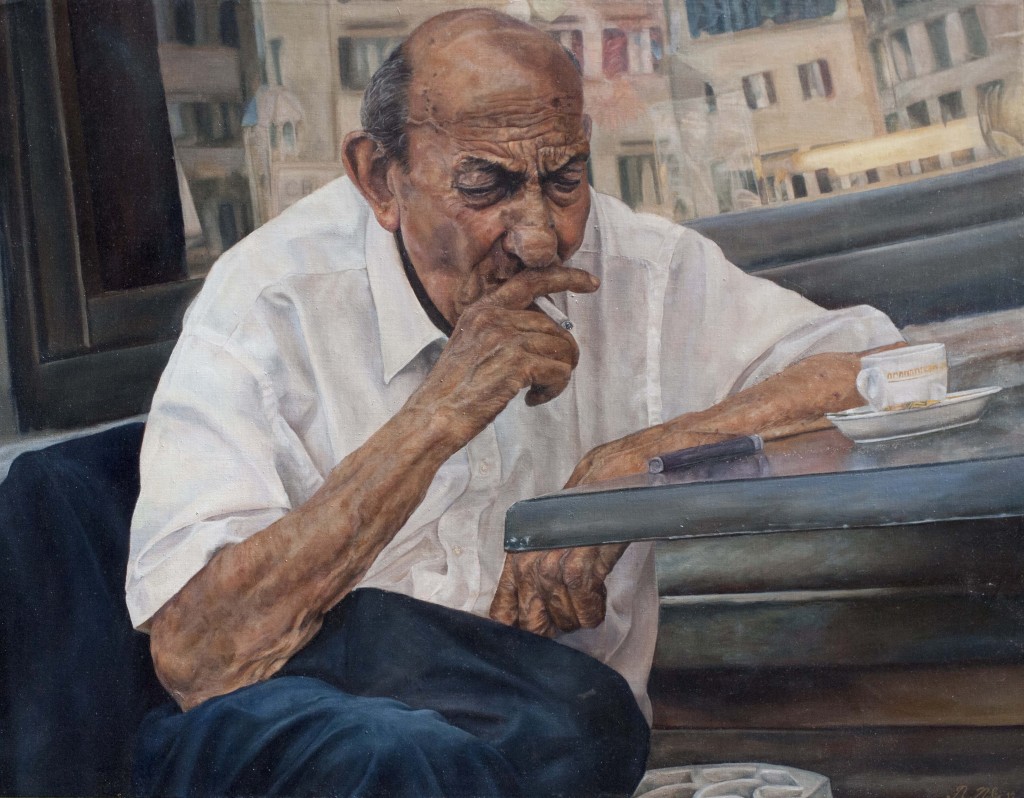 Nicholas Nadja. “I Once Was What You Are and What I Am You Soon Will Become,” 2013

Love of craft is also apparent in Aras Volodka’s pictorial composites. His sharp articulation and vibrant intensity of detail is astonishing. But instead of showing us the wayward lives that Shultz typically depicts, Volodka celebrates productive and creative people at work, including Shultz himself. It’s as archaic as the enthusiastic worldliness of an Early Netherlandish painter like Petrus Christus, but a cheerful attitude is always timely.

Most surprising, and most remarkable, is the memento mori painted by Nicholas Nadja. Whereas Shultz’s subjects are typically as young as he, Nadja has depicted a withered old man sucking on yet one more fatal cigarette. He offers a design that is more dynamic, figurative forms that are more natural, and a background that is deeper and more complex. This is one kick-ass painting!

Most other pieces are half-cooked, as one might expect from a student show. But overall, it compares well with the previous surveys of young painters shown at Zhou B Art Center. These pieces live or die on visuality alone—no artist statements offered or needed. Timeless issues are addressed, with no attempt at conceptual novelty. What’s new here is character—the character of the latest generation to hold a brush and look at the world. (Chris Miller)