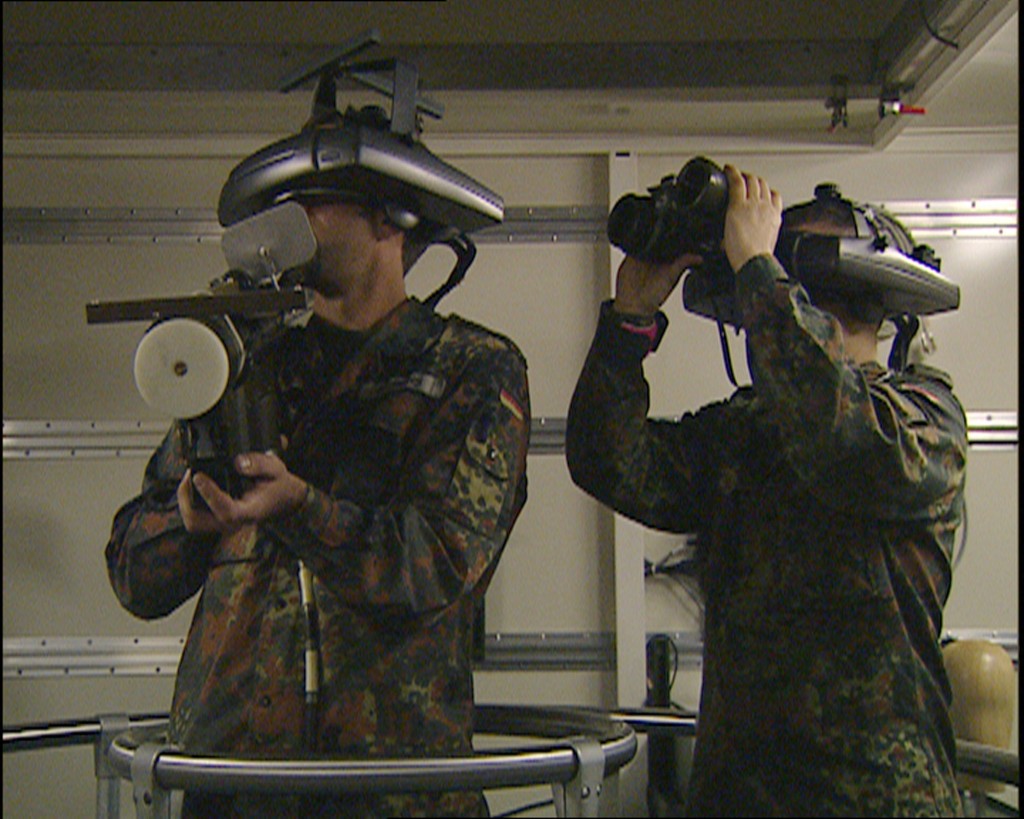 Balanced between informative, terrifying and hypnotizing, Trevor Paglen’s large format stills and Harun Farocki’s videos expose arcane arenas of knowledge within the realm of armed-forces operations with imagery that emphasizes the marriage of human and machine vision.

Paglen is invested in revealing our current historical condition, the “bureaucratic sublime,” through exposing covert US satellites, drones over the Nevada desert, concealed military bases, and contractual documents from private aeronautical companies that attest to persistent governmental subterfuge. Landscapes and skies of striking beauty point abstractly to military surveillance. A tiny speck of drone shares the light of the sun with the immense moon in “Dead Military Satellite (DMSP 5D-F11) Near the Disk of the Moon,” 2010. Other satellites are indicated by a contrast of orbital direction in time-lapses of celestial stars and stripes. Paglen also turns the telescope earthwards. “Canyon Hangars and Unidentified Vehicle; Tonopah Test Range, NV; Distance Approx. 18 miles; 12:45pm, 2006” is photographed using a telescopic lens from eighteen miles away. Far off in the desert, the light waves captured by the camera are further distorted by heat, creating a painterly image that conveys not only an inability to accurately apprehend, but suggests a location of imagination, a site for projecting impressions of power or fear. 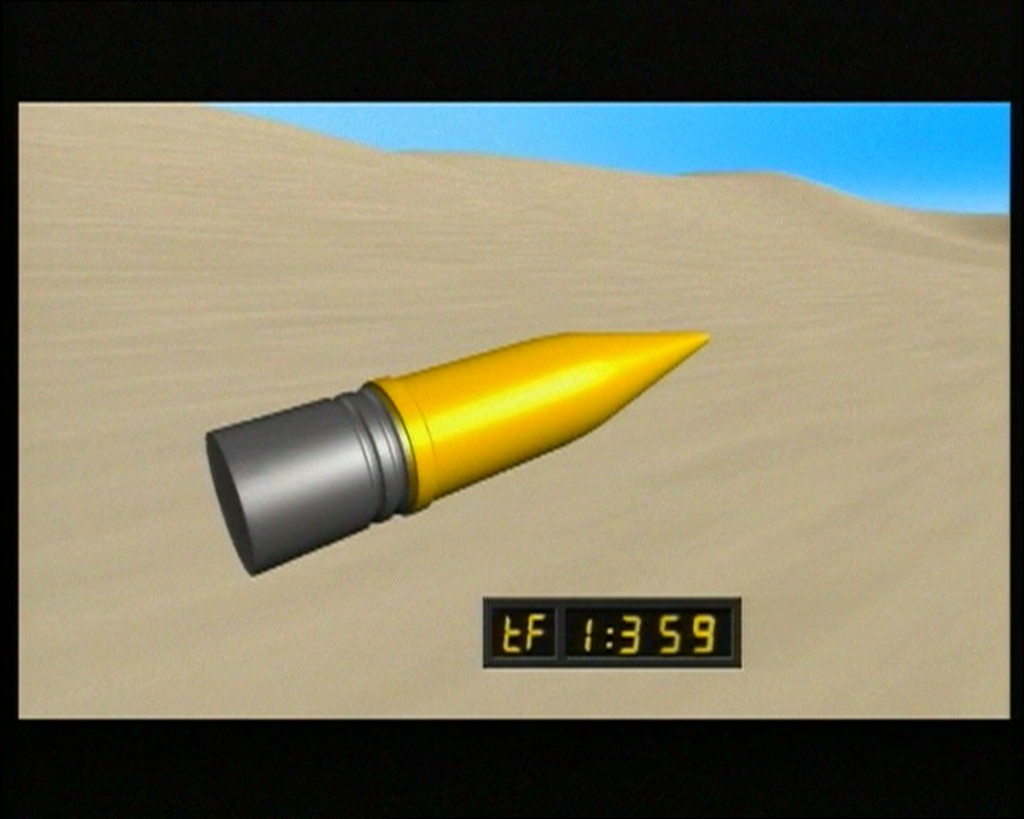 These structures of knowledge that surround remote observation are the crux of Farocki’s videos. In “War at a Distance,” early training films depict animations of the trajectory of guided missiles, while the narrator tells us “magical, evocative moments,” such as sparkling seas, rolling fields and smoking ships. In “Eye/Machine III,” alongside assembly robots and the linear graphical representations of recent missile guiding technologies, the text veritably sighs on the split screen: if this cinematography by devices “possess beauty—this beauty is not calculated.” Farocki uncovers design strategies that conflate the operational and aesthetic, as machine and human vision alternately aid and interfere with each other.

The works in “Visibility Machines” document the governing agencies that exercise both the authority of supervision and efficient violence. Through doing so, they offer a crack of light into a dark inhuman world. (Alyssa Moxley)