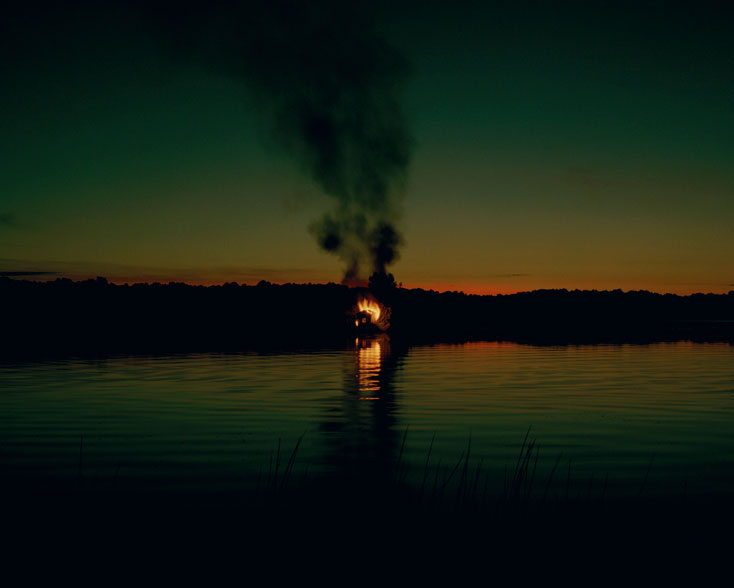 Our historically brief presence on this earth is owed to a fact of geologic consent. Time, heat and pressure, the primordial forces that shape our world, have, for the past 250,000 years, granted us a reprieve from the destructive dance that constantly forms and renews this planet. “Lands End” reveals how humankind has taken up where these tectonic forces have left off.

Curated by Zach Cahill and Katherine Harvath, works by thirteen artists variously envision the contemporary landscape as contested political terrain, a site of environmental degradation, the source of precious commodities we lust after, and a place of mystery, fear and wonder. In all of the works on display, time is the underlying element; either we have too much of it, or not nearly enough. 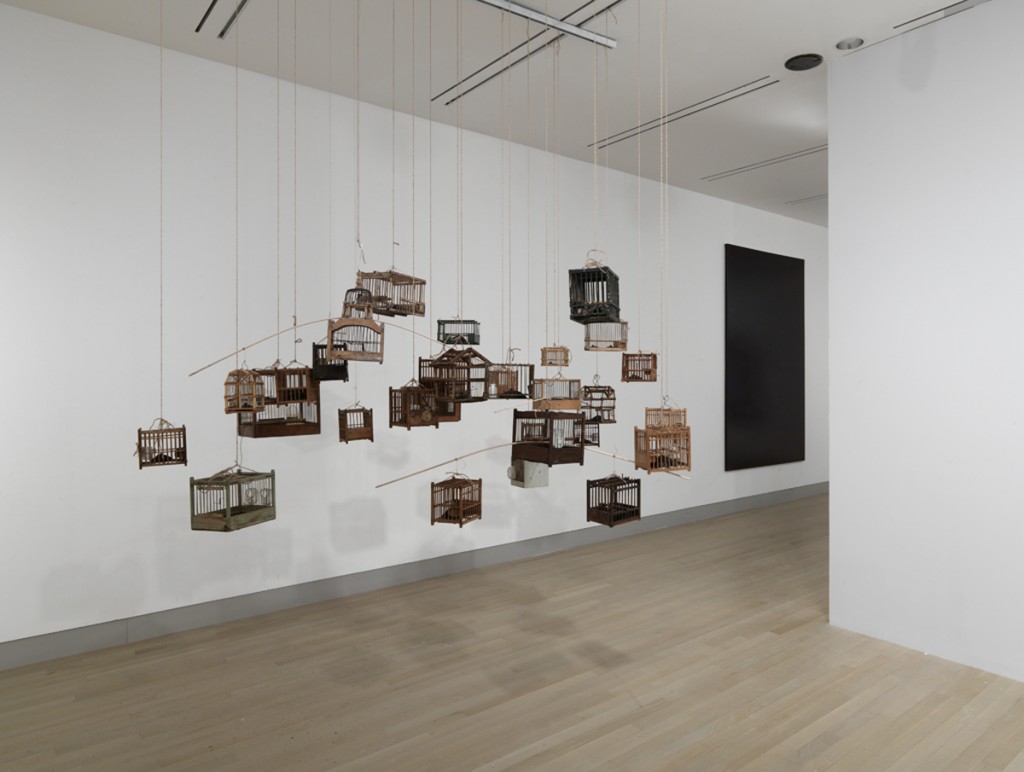 These conceptual threads intersect enigmatically in Claire Pentecost’s multi-part suspended sculpture “for the body without organs to sense.” Composed of miners’ canary cages, molded petroleum breasts and an actual canary (don’t worry, a didactic panel assures us that “Delirio” is well cared for), the piece is a clever indictment of our inability to wean from the poison tit of fossil fuel and the ecological destruction our infantilism has entailed.

Lens-based works by artists Oliver Lutz, Carrie Schneider and Eric Watts explore the relationship between time and space while radiating the aura of foreboding that often accompanies unescorted visits to the woods. Like an encounter with a contemporary burning bush, Schneider’s “Burning House” is an eerie pair of images featuring a lone structure perpetually ablaze. While Lutz’s dramatic use of CCTV is “Twin Peaks”-like (no spoilers, go experience it), Watts’ repeated video loop of a forested mountain slope is equally strange and hypnotic.

In all, “Lands End” is a satisfying, if occasionally uneven, hike through the myriad ways artists consider and depict the contemporary landscape. Few among them though imagine the landscape as a force with its own agency; it’s as if the earth has become nothing but a passive receptacle for human violence. After all, we’re not destroying the planet; we’re destroying our capacity to live on it. (Alan Pocaro)