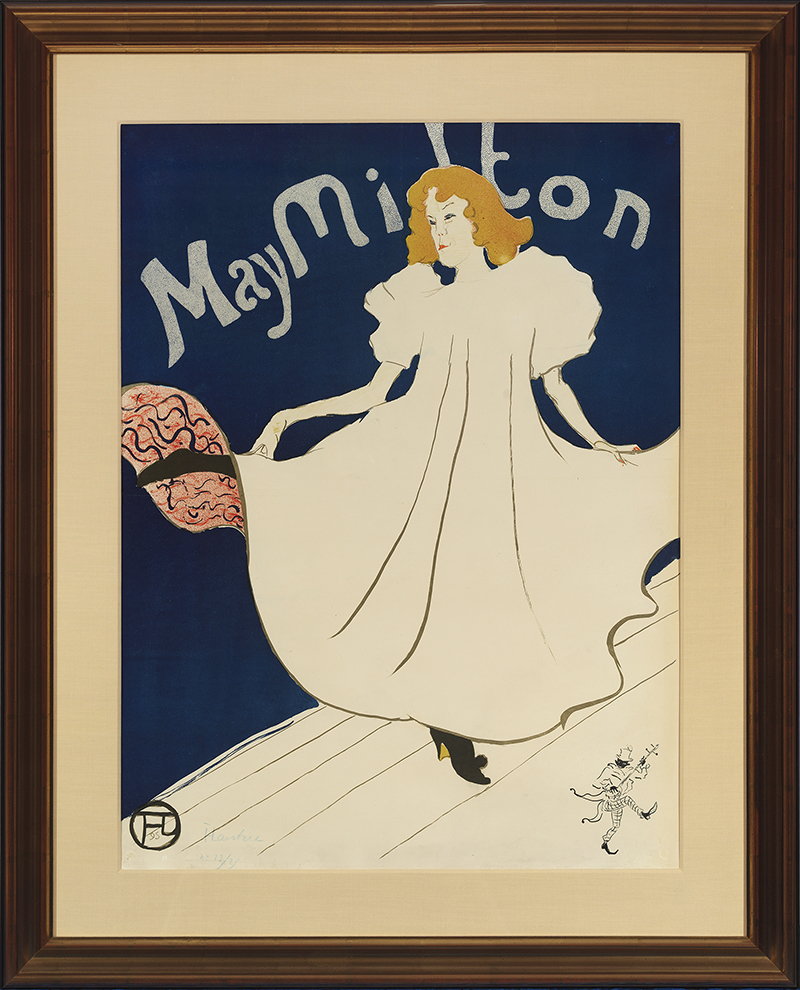 This compact, one-room exhibition of a dozen and a half lithographs is a gem. Mounted by Northwestern upperclassmen and overseen by art-history professor S. Hollis Clayson, the works are drawn from the Andra and Irwin Press Collection. The students’ extended labels are well written and informative, and often reveal fresh insights. Smaller documentary images draw parallels to Japanese art, to photographs, and to then-contemporary art. One of these indicates how Picasso painted Lautrec’s poster of the chanteuse May Milton into the background of one of his own paintings.

Lautrec’s most famous posters are here, showcasing the cabaret performers for whom many of them were made, like Jane Avril and Aristide Bruant. But included are less-often-seen works, too, which enlarge what we know of this “quirky and artistically talented aristocrat.” A theater program he designed cleverly shows the audience rather than the performers it is meant to advertise. In a poignant late print, “La passagère du 54,” Lautrec drew from memory a portrait of a married woman he had met aboard ship. 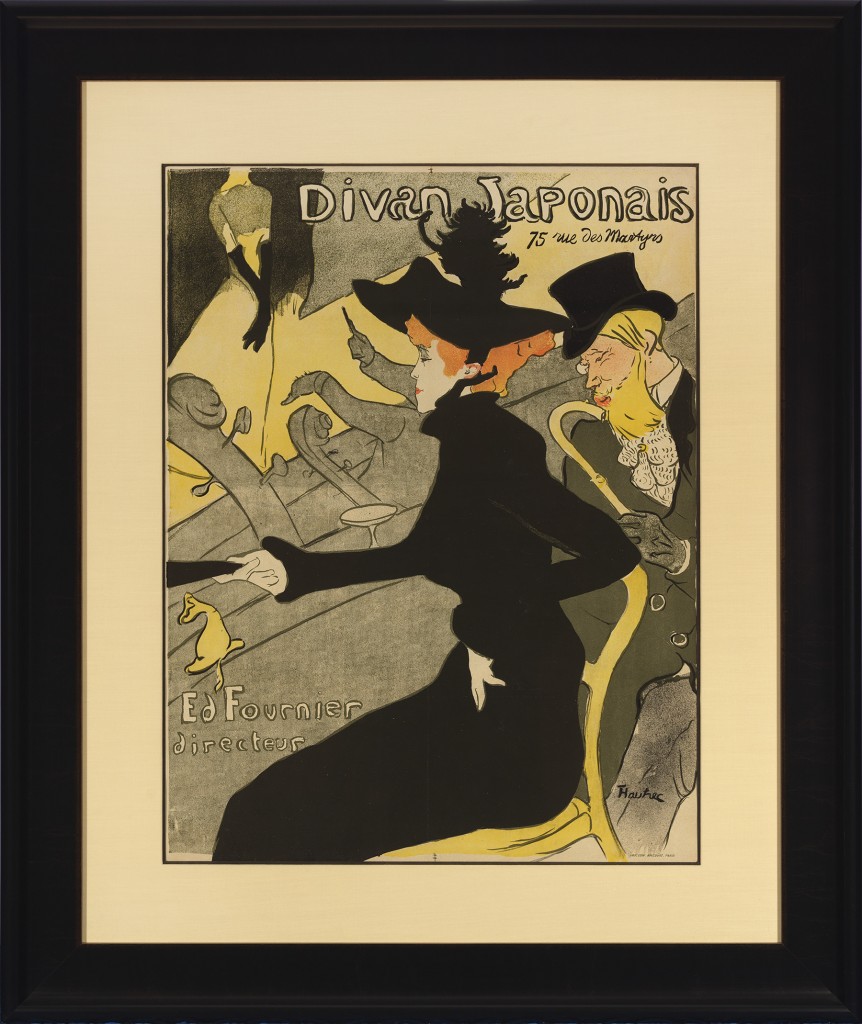 The show wisely avoids the lurid details of Lautrec’s colorful life—refreshingly we are nowhere reminded of his diminutive stature—focusing instead on his unique vision in illustrating Montmartre’s pleasure industry. He depicts Paris prostitutes candidly and humanely in a suite of three images for a private portfolio. In his intriguing book cover for a print catalogue, one side shows a man groping a woman’s breast; the other shows the bored face of his victim. Look for Lautrec’s witty advertising poster for a new kind of paper product, “Confetti,” in which his deft spattering represents the tiny paper pieces. In the spaces between the prints a different perception of Lautrec emerges—the serious art professional who labored diligently on the quality of his output.

The tastefully painted walls and gold frames of the exhibition conjure a Victorian museum gallery rather than a scruffy cabaret. Overall, however, the show upholds the Block’s high reputation for showcasing printmaking. And it convincingly changes how we think of this urban artist whose prints are as smart as they are delicious. (Mark Pohlad)

Through April 19 at the Block Museum of Art, 40 Arts Circle Drive, Evanston.