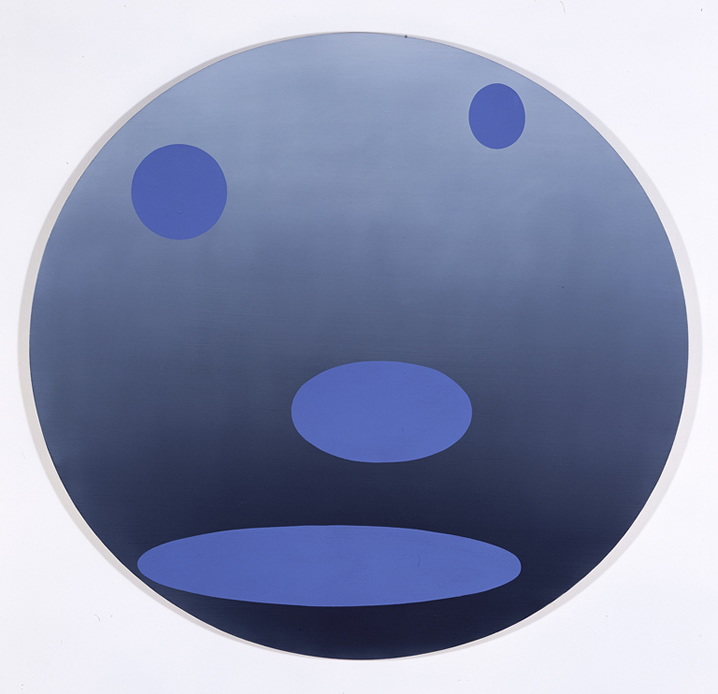 When I walked up to the five-story loft building that houses John Phillips’ studio, he was standing outside in the cold waiting for me. “This place was a brick shell when we moved in,” he reminisced as I followed him up the stairs and through his doorway. Soaring ceilings and white walls rose to greet me, meticulously renovated by Phillips’ own hands and brimming with his artwork and that of his friends. Shelves loaded with neatly organized rows of books and records occupied his living room, as did a skinny and very outgoing brown cat.

He offered me tea, then paused and added beer as an option. I accepted the latter and we headed downstairs to his studio. Located directly below his living space and with a floor plan just as large, Phillips is granted 24/7 access to his own artistic playground.

Scattered about his studio were both completed and in-progress works, framed with snippets of studies and historically rooted inspirations. A blue painting immediately caught my eye—a round canvas within which ellipses and circles perched atop an atmospherically fading background. Phillips leaned in to tell me that, contrary to what my vision perceived, the varying shapes are all one singular shade of blue. “I would hope that my work is a tug of war between indulgence and intelligence,” he explained with a grin. The shapes and their background stared back at him with a wide-eyed, stunned expression and, for a moment, all three of us shared the secret behind Phillips’ perceptual glitch.

In addition to a pull-up bar (“I’m a closet jock,” he confessed), the studio houses a workstation with a computer desk. Mouse clicks on a screen come before brushstrokes on a canvas; by first digitally mapping out each of his pieces, the artist allows himself to explore colors, shapes and everything in between at a much faster and more mathematical level. 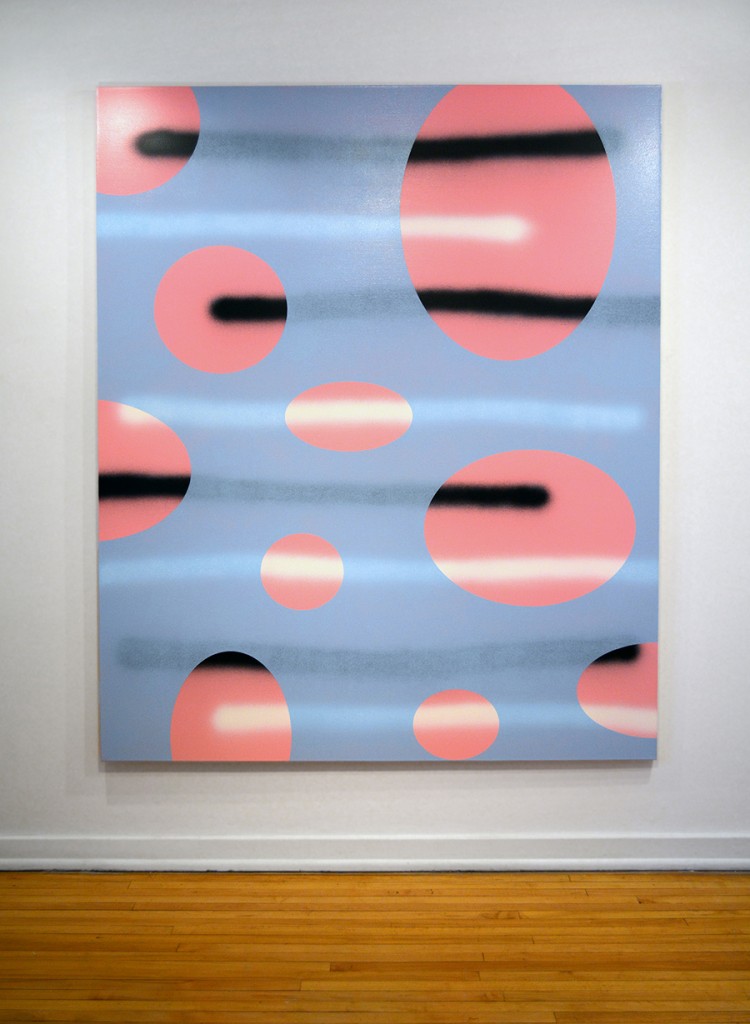 Twenty years ago, Phillips remarked that if Barnett Newman owned a lava lamp, it might have looked like one of his paintings. Two decades later, he continues to provide viewers with immediate aesthetic pleasure by way of calculated compositions and glowing color schemes. Throughout his extensive body of work, bold colors ring loudly with brushstrokes that echo the work of 1960s painters such as Ellsworth Kelly, Frank Stella and Larry Poons. Biomorphic neon shapes with hard edges dance around each other on canvases that Phillips said find their place in “the middle ground somewhere between Disney and Mondrian.” Formal, planned compositions shine with intoxicating, quirky shapes that welcome participation from not only viewers’ eyes but also their intellects.

“Put on your coat, I want to show you something,” he said as we walked out of his studio. I donned my jacket and followed him up a steep ladder, through a trapdoor and out onto a rooftop patio. Like Phillips’ practice, the sparkling view offered an intoxicating scene—a beautiful panorama of shapes, dancing together to the tune of a funky melody. ( Maria Girgenti)