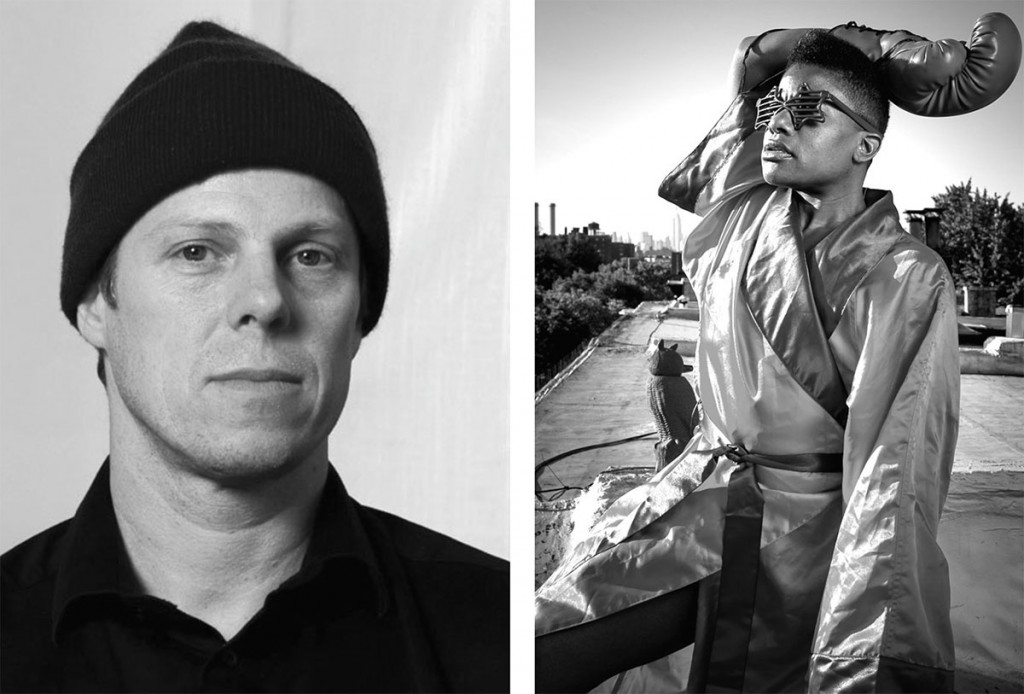 The University of Chicago’s (UChicago) department of visual arts (DoVA) will bring Joe Scanlan and his controversial fictional character Donelle Woolford, who will be depicted by Jennifer Kidwell, to the Logan Center for the Arts this Thursday, February 19, at 7pm. Scanlan received a lot of heat during and after the 2014 Whitney Biennial for his Donelle Woolford project for which he, a white male Princeton professor, invented a black female artist character to assume responsibility for a body of work he created. Scanlan’s creation raises a multitude of convoluted questions, with words like “white male privilege,” and “conceptual black face” representing just a few of the issues raised in the uproar. In an email to Newcity, Scanlan writes, “Jennifer Kidwell and I let everyone else have their say about this project last year, from the United States to London to Capetown to Aukland. So now we’ll take a turn responding to our critics.”

In regards to bringing Woolford to Chicago, artist and UChicago professor and department chair Jessica Stockholder writes by email, “We would like to hear from both Joe Scanlan and Jennifer Kidwell to learn more about the history of the work which has played out over about ten years, and what has motivated it. We are interested in hearing from both Joe Scanlan and Jennifer Kidwell who have collaborated on this work together to learn more about what appears to be a complex and layered artwork. We feel that it is valuable to make space to think and talk about the issues raised by the controversy that the work has raised.”

Allison Glenn, DCASE curatorial fellow, writer and director of Monique Meloche has written about Scanlan, Woolford and last year’s Whitney Biennial, “The challenge here is not what the work represents, but rather what it does not allow for. Sure, Joe Scanlan’s work could be perceived as an exercise in performing identities, which was somewhat of a metanarrative for the 2014 Whitney Biennial. All this notwithstanding, it is difficult to discern where the work stops being ‘provocative and controversial‘ or ‘intellectually challenging‘ and starts to perform the normative roles of race, gender, and class that are consistently exercised within the institutional setting.”

The event, free and open to the public, will take place in room 901 of the Performance Penthouse located at 915 East 60th. The space is set to accommodate eighty-five people and for this event, sixty-five to eighty people are expected to attend. It will be a short affair, stretching from 7pm to 8:30pm in which Woolford will give a presentation, followed by a Q&A with Scanlan and Kidwell, moderated by art historian and faculty member Matthew Jesse Jackson. The subsequent day on February 20, DoVA will host a more intimate forum comprised of UChicago faculty and students, which will not be open to the public.

In a December 2014 essay Kidwell wrote for Hyperallergic on playing Woolford, she explicates, “I decided to become a part of this project because it could prompt so many issues, as art ideally does. I hope Donelle continues to provoke and challenge and, moreover, that she manages to effect a dialectical shift.” Artist and UChicago faculty member Catherine Sullivan remains evenhanded regarding the Woolford controversy and looks forward to hearing further interpretation from Kidwell regarding her role, “I wanted to know more about Jennifer Kidwell and her artistic choices in playing Donelle. Given the university’s culture of inquiry, we hoped the event would create opportunity for many perspectives on Kidwell and Scanlan’s work.” (Mahjabeen Syed)