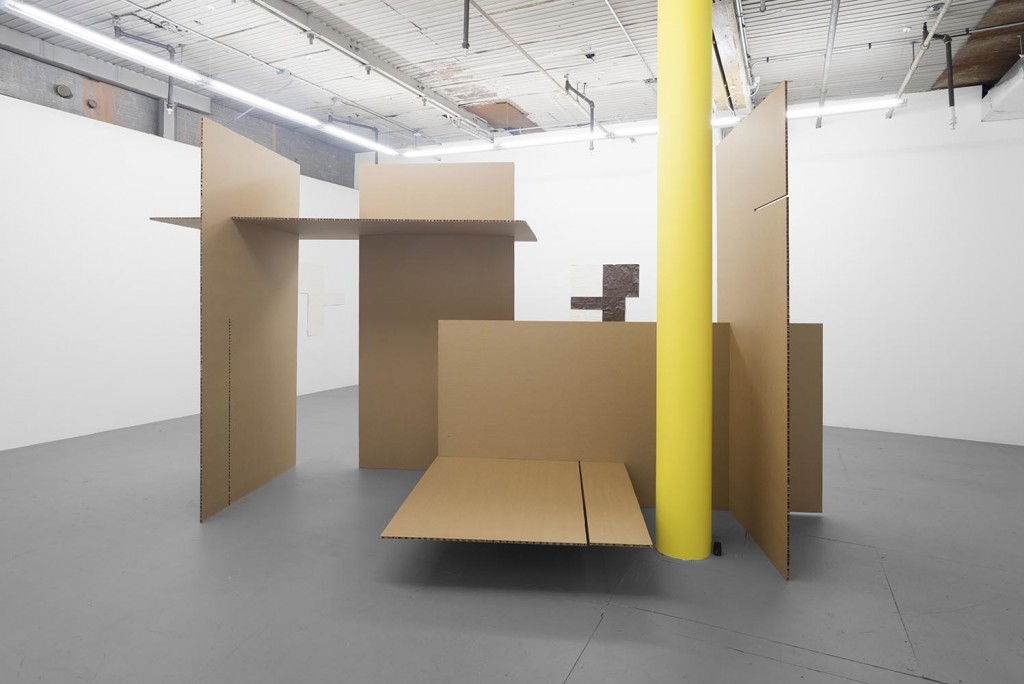 A collaboration between Marcus Geiger of Vienna and Margaret Welsh of Chicago, Geiger/Welsh is an elegant pair of works formed from interlocking materials meant for disposal, the first in a series of exhibitions at Document co-curated by Aron Gent and Michael Hall. Materials chosen by both artists for the exhibition are those used to ship, contain or carry artwork, using the packaging commonly associated with protecting objects to create them.

Geiger’s work is six equally slatted cardboard pieces, temporarily fixed together in the appearance of a monolith at the center of Document. Document produced Geiger’s sculpture from honeycombed cardboard after receiving a model and sketches from him. This intermediary element further supports Geiger’s work appearing as both model and sculpture, a final form from the artist’s original plan with the innate ability to be transformed into any varying number of conformations. 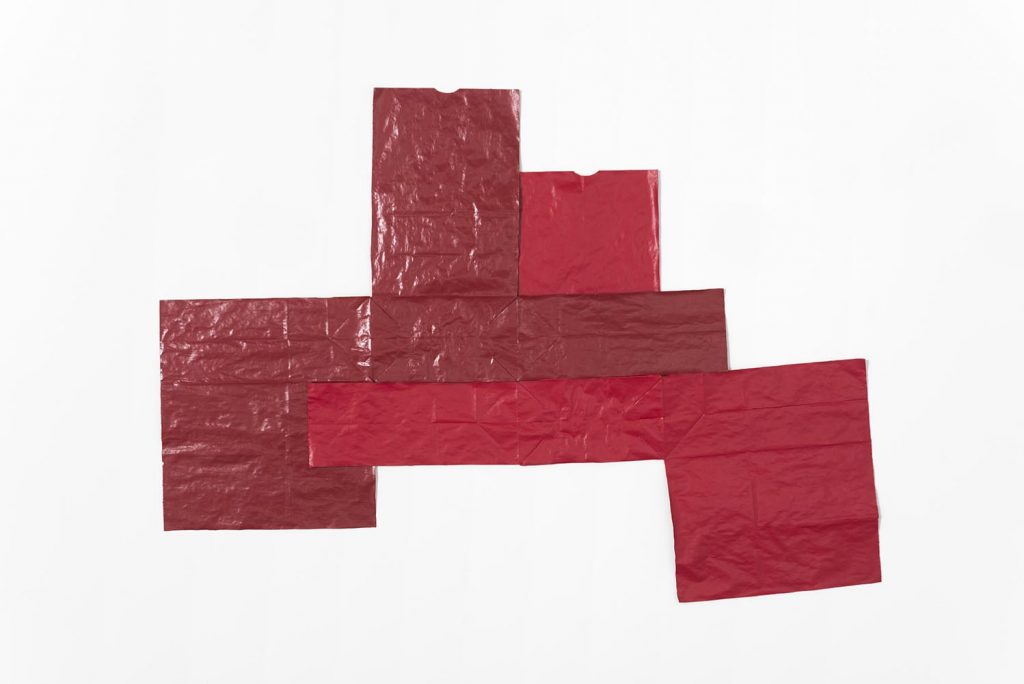 Welsh matches him with six paintings surrounding the sculpture that are composed of paper shopping bags painted with bargain-bin latex house paint, chopped and linked up into sprawling compositions. Such non-archival stuff is typically discarded, and here its bittersweet short lifespan is recognized in the ways both artists interlock components so that the works are seen to touch themselves.

Each arrangement of Welsh’s contain two bags, connected like overlapping Tetris pieces and evenly spaced throughout the gallery. The titles of each hint to a personal interpretation of abstracted forms. “Lost Inside You” and “Right Where I Want You” anthropomorphize the materials and shapes, making the connection between bags slightly sensual where thin parts gracefully touch those larger, like arms outreached. Welsh’s cuts follow the folded structures of the bags that have been colored with paints rejected by previous consumers, exemplifying their pre-determined fate as trash. The structure of Geiger’s sculpture acts how Welsh’s bags might if pulled off the wall, 3D representational of the geometric and locked paintings. Geiger has painted a column in the gallery displacing further aesthetic treatment from his constructions onto the space for which the work was generated. (Kate Sierzputowski)

Through March 7 at Document, 845 West Washington.