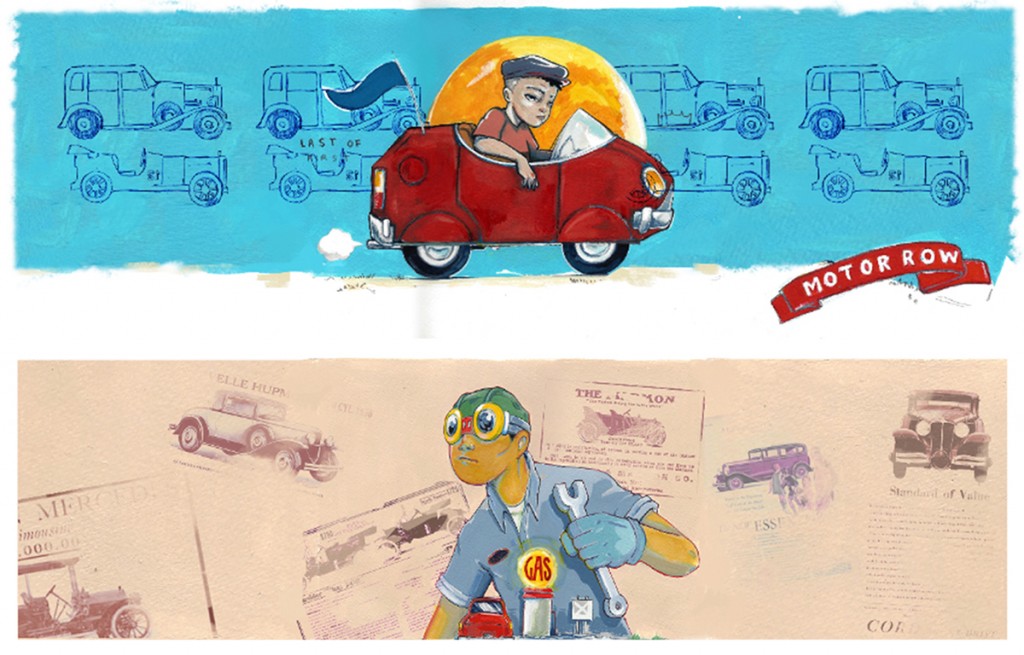 Brantley was chosen from a pool of artists who presented proposals for the art component of this large city project. His vision was to combine art and storytelling, using his signature characters Fly Boy and friends to tell the rich history of Motor Row Brewery, where the station is located. With such a large-scale project and installation, the process was several months in the making, and he believes it turned out quite nicely and was grateful for the opportunity to be chosen. 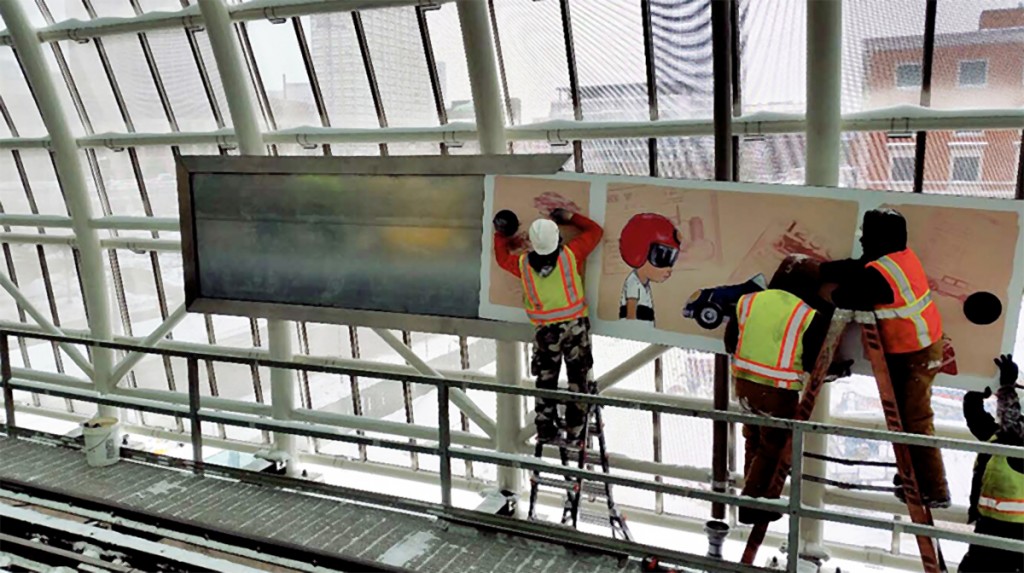 “As an artist, it’s always a good thing to have public projects and to be represented in gallery and in homes, but also in the streets too. There are a thousand riders a day that will pass these and see my work,” Brantley tells Newcity. “It’s not only the local community; it’s also representative of Chicago. I think it’s a good representation of who we are and what the city is about.”

The new station was implemented to bridge the gaps between the South Loop and the Near South Side which, before the station went up, was as much as a two-and-a-half-mile commute for some people between stops. It is also Mayor Rahm Emmanuel’s way of increasing the reach of public transit, which in turn should boost tourism, especially to this historic area which will be continuing to develop in the near future, including a new basketball arena for DePaul.

This project hits close to home for Brantley, not only because of the history behind it, and the fact that he is from Chicago, but also because his career budded from the streets through his graffiti and murals. Says Brantley, “Being a graffiti kid from Chicago and traveling these streets or commuting via train, to being a respected artist in the community is definitely a great feeling to see how far I’ve come in my career and how far I continue.” (Ciera Mckissick)

[…] Answer: A. Almost every inch of the CTA hub of Pilsen is decked out and painted. Even the stairs! Bonus trivia! CIW speaker and 2013 Artist-in-Residence Hebru Brantley designed the artwork on another very colorful CTA stop; the Cermak-McCormick Place Green Line stop. […]