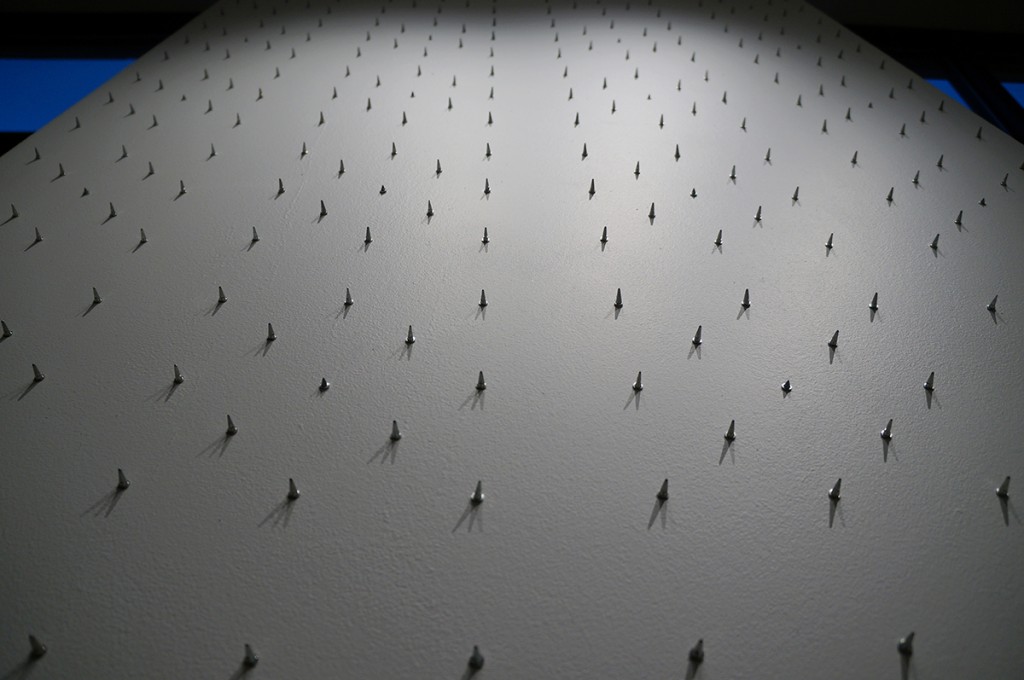 This joint exhibition of new works by recent SAIC graduates Alexandria Eregbu and Alfredo Salazar-Caro is a deft combination of divergent practices fused at a fertile point of departure. As the exhibition title implies, movement begot by conflict and political turmoil is the underlying theme of the work on hand and sets the stage for interpretation. Although each artist draws from their own backgrounds—Salazar-Caro addresses immigration and the United States-Mexico border while Eregbu seizes on a constellation of issues touching on the legacy of slavery, the rise of Boko Haram and stereotypes of African athleticism—the works appear contiguously in the gallery with a rhythmic harmony that unites the sculpture and video (and video game) therein. Visual continuities set side-by-side link Salazar-Caro’s “From Space There Are No Borders,” a vinyl printout of a satellite image of the United States-Mexico border hung from floor to ceiling, with Eregbu’s “Zion,” an oblong slab of drywall set upright against the street-facing window bank covered in a pattern of track shoe spikes. Together the formal beauty of the shiny, textured pattern of spikes and the colorful composition of digitally stitched satellite pictures belie the sinister implications of violence and exclusion folded carefully into these works. 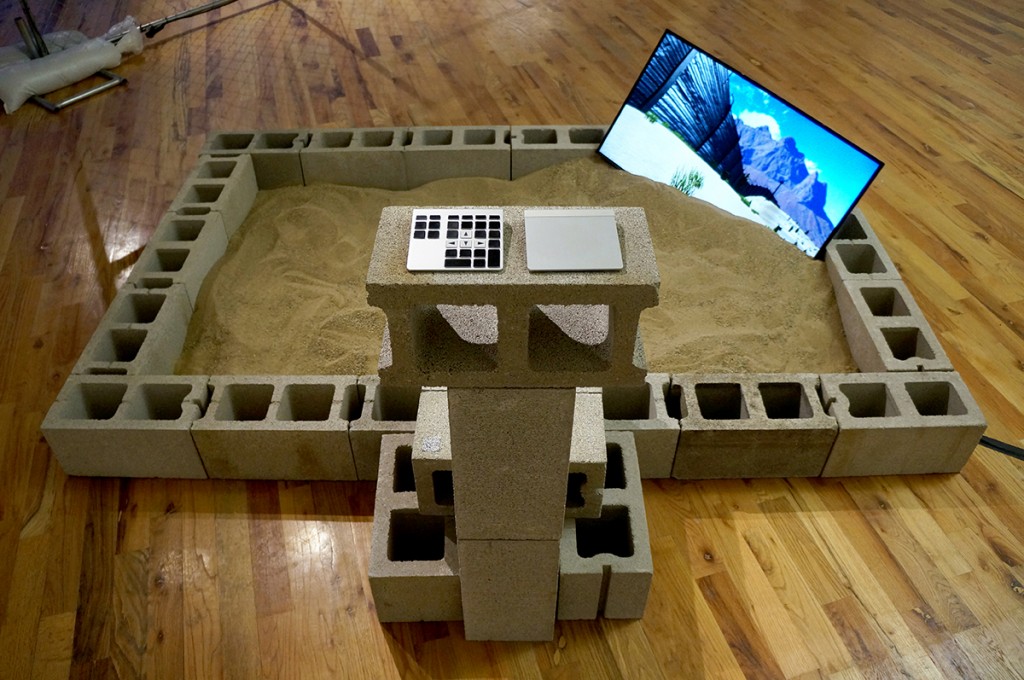 Borders and barriers (and movement across both) make for a useful, if not always coherent, hinge between the artists’ concerns. A keyboard-navigable virtual simulation of a drone-patrolled desert border fence titled “Border Crossing Beta 2.0 aka Sonoro aka el desaparecido” is half-buried in a cinderblock sandbox before “The Golden Hour, (Between Dimensions),” four steel track hurdles embellished with reflective golden crossbars mounted on the wall and resting on the floor in the back of the gallery. Salazar-Caro’s border literalized repeatedly through various means produces a helpful counterpoint to the denser metaphorical maneuvering behind Eregbu’s barriers, which allude to mediated and stereotypical representations of Nigerian identity that are as confining as they are worthy of celebration. Viewed together, the works of each artist seem to point back to each other, such that Salazar-Caro’s heavy-handed approach drives home the misconceptions about Nigerian identity addressed by Eregbu just as her symbols of stereotypes reveal the simplistic bifurcations that borders produce. (Elliot Reichert)

Through March 20 at the Arts Incubator, 301 East Garfield.