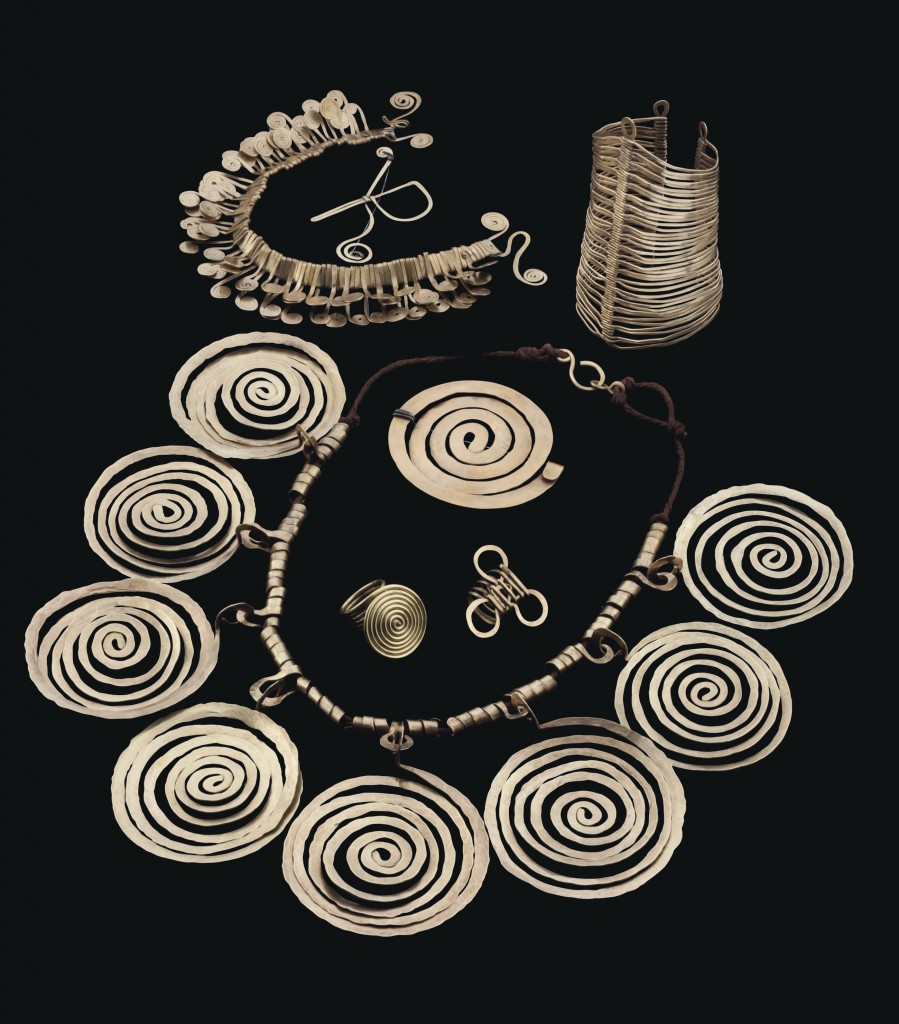 Alexander Calder, Andy Warhol and John Chamberlain are a few names from Ruth Horwich’s collection featured in the upcoming First Open sale of Post-War and Contemporary Art at Christie’s in New York on March 6, 2015.

Influential leaders and one of Chicago’s resident power couples, Ruth and her late husband Leonard impacted our region’s art scene not only with loaned and gifted artworks to many of our prominent local institutions—including the Museum of Contemporary Art (MCA) and the Smart Museum of Art—but also as two of MCA’s founders and champions for major public artworks such as Jean Dubuffet’s “Monument with Standing Beast” outside the Thompson Center. Leonard died in 1983, and given Ruth’s death in July 2014, twenty-four pieces from their collection will be offered for sale. An exhibition will precede the auction at Christie’s Rockefeller Center Galleries, from February 28 to March 3, 2015.

The jewelry by Alexander Calder is worth highlighting. Often remembered for his mobiles and sculptures, Calder’s jewelry underscores his skill for small-scale design. Coiled pieces, typically of gold or brass material, are representative of his jewelry-making practice. These features are revealed in the rings, brooches, bracelet and necklaces offered. Among the pieces, the necklaces have estimates of $100,000 to $150,000 apiece.

Other notable auction pieces include Andy Warhol’s “Shoe with Diamond Dust” and John Chamberlain’s “Tonk #7-84.” Each is signed and carries an estimate of $100,000 to $150,000. Warhol’s shoe image is recurrent throughout his career. Despite their intimate scale, Chamberlain’s Tonk series maintains the dynamism seen in his large-scale later works.

In addition to the Horwichs’ art loans and donations, Ruth’s activism in Chicago’s art scene was widespread. She served on the twentieth-century painting and sculpture committee at the Art Institute of Chicago (AIC), and chaired Hyde Park Art Center’s board for forty years. This prompts the question: will Chicago institutions receive gifts from the Horwich family?

“There are promised gifts to [AIC] included in Mrs. Horwich’s estate,” Rebecca Baldwin, AIC’s director of public affairs, explained to Newcity through email. “Because the estate is still being administered, we feel it is inappropriate to comment on those gifts.” C.J. Lind, associate director of communications at the Smart Museum of Art, explained in an email interview that the Smart has not received any gifts since Ruth’s death, but mentioned her gifts from 2012: a portrait by Lee Godie and pieces by Pauline Simon. Indeed, the Horwich’s presence in Chicago’s art scene lives on. (Amy Haddad)