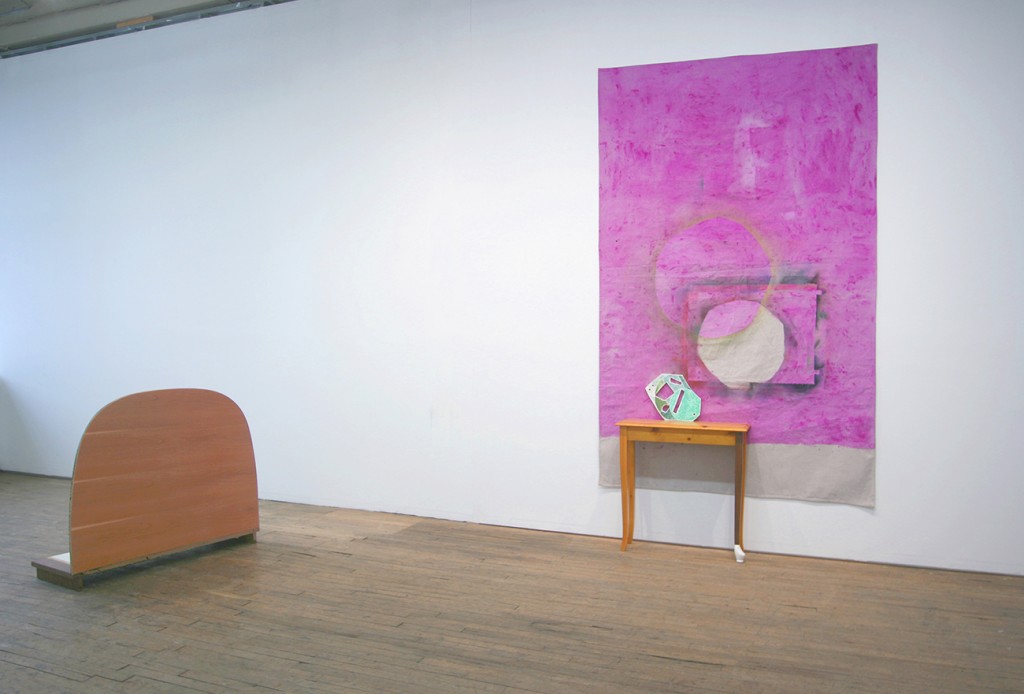 “Drunken Geometry,” the new collaborative exhibition by Leslie Baum and Allison Wade, is a risky proposition. By tackling the classic conventions and traditions associated with the still life, these two Chicago-based artists seek to extend our preexisting notions of the genre by, in effect, taking them apart. The approach is as pregnant with possibility as it is fraught with travails.

Sculptural formulations are particularly susceptible to problems inherent to deconstruction since a table displayed without substantive transformation remains merely a table, an artifact of our mundane world rather than an active agent in the world of art. Though reasonable people can (and should) disagree, objects placed within the environs of gallery are not art by default. The wall-mounted “Many Things Conspired #1” as well as the floor-bound “New Things (the persistence of ordered objects) #1,” which both seem a little too self-satisfied as minimally altered objects, are the most problematic in this regard. 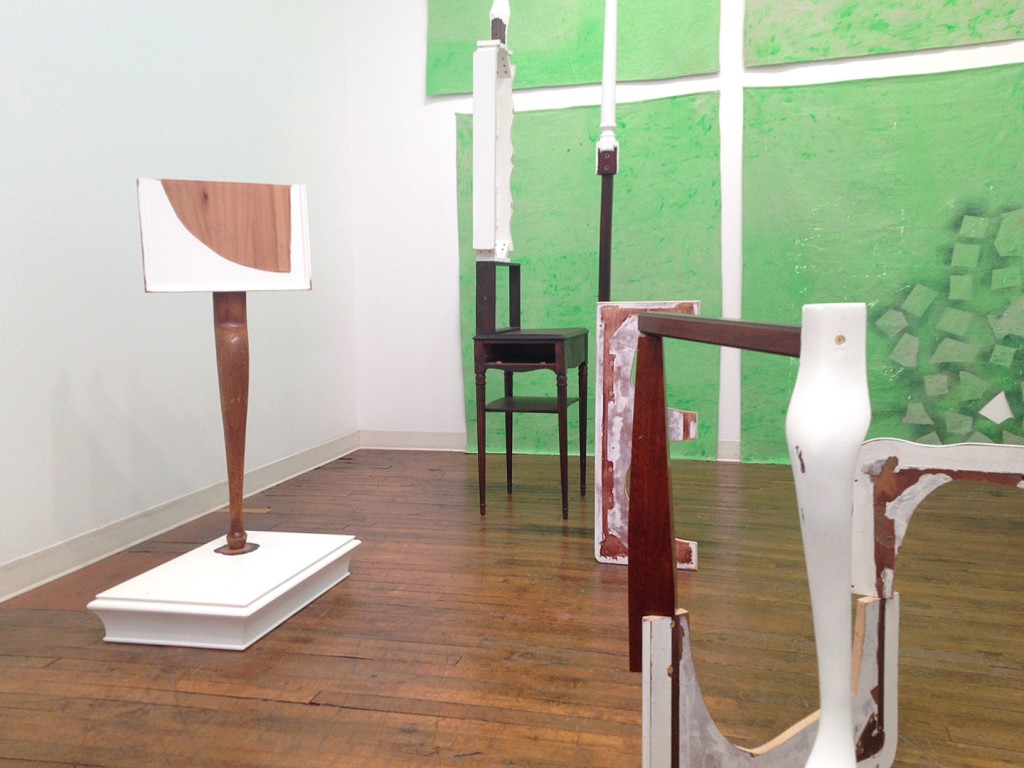 The best moments in the show occur as the result of a potent one-two combination when “Many Things Conspired #2-#6” and “The Window, The Curtains, The Table, The Floor (green),” resist the necessity of individual transformation and instead turn their energy outward on the gallery itself, exploding a kind of fractured cubist space into three dimensions. The result is an immersive environment that resembles a kind of assemblage forest where itinerant wooden legs, tabletops and feet collide with oblique glances and fuse into a compelling holistic experience.

Less overtly dramatic works such as the compact “The Window, The Curtains, The Table, The Floor (purple)” demand more than a little effort on the part of the viewer, but it’s effort well spent. The side table’s mismatched leg and painted white foot echo the numerous painted stoneware “Accidental Artifacts” scattered throughout the Garfield Park space. Generally good and occasionally superb, “Drunken Geometry” is a valiant effort to redefine and enlarge our perceptual parameters for one of art’s most established categories. (Alan Pocaro)

Through March 7 at Devening Projects and Editions. 3039 West Carroll