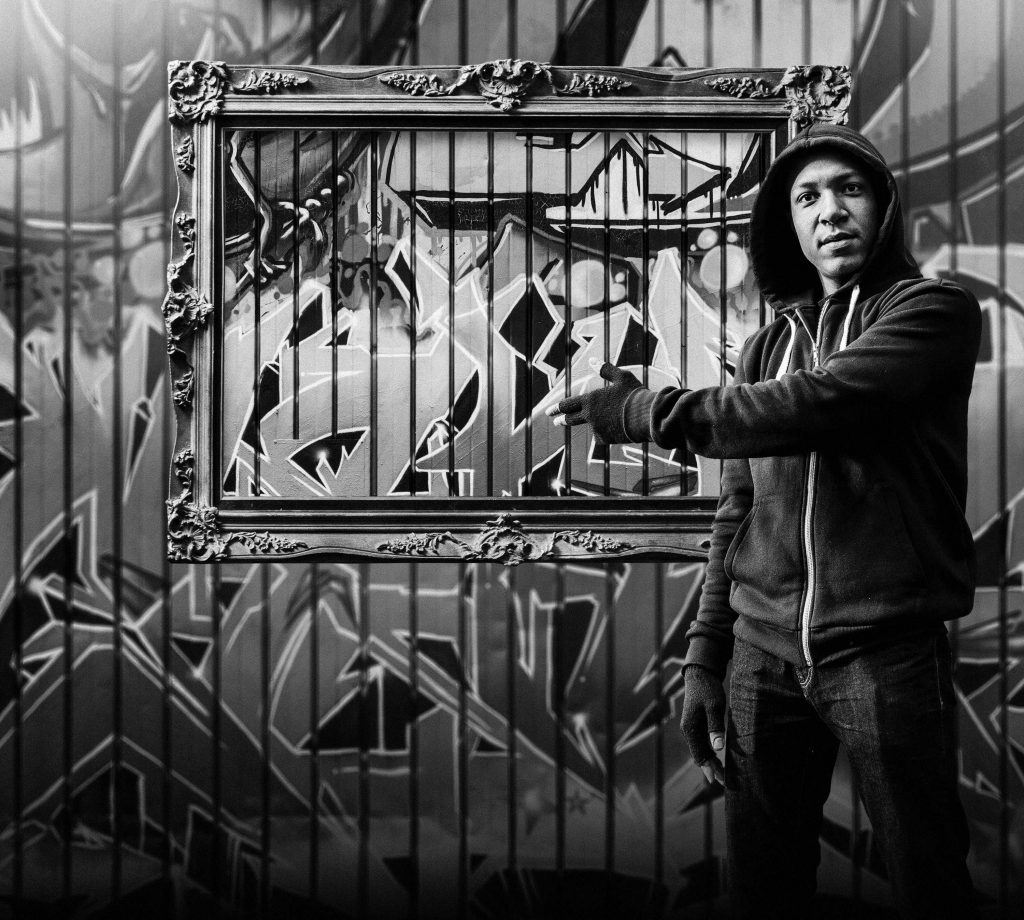 This Is Modern Art (based on true events)/Photo: Saverio Truglia

In 2010, the anonymous graffiti crew Made U Look (MUL) executed a graffiti bombing of the Art Institute of Chicago’s Modern Wing. Under cover of snowfall, they painted a vibrant, text-based fifty-foot mural bookended by the phrases “Modern Art… Made You Look.” This unsanctioned act of institution critique challenged accessibility while calling attention to exclusion of graffiti from the canon of contemporary art. Steppenwolf for Young Adults, the revered ensemble’s teen-focused offshoot, has revisited the event that sparked these debates, concluding its revolution-focused season with “This Is Modern Art (based on true events).”

The play follows a group of teenagers from mixed racial backgrounds. Frustrated by politics of exclusion and the temporality of their completed works, they concoct a plan to “bomb” the Art Institute, hoping to broaden their audience and assert themselves as relevant artists. In the wake of the act, the group splits up and goes into hiding, each dealing with the consequences of their involvement.

Prolific playwright and hip-hop artist Idris Goodwin collaborated on the script with his “longtime homie,” writer-artist-educator (and Newcity contributor) Kevin Coval, famed founder of the youth poetry slam Louder Than A Bomb. They view graffiti as a visual language that can be used as a vehicle for social change, and emphasize the importance of telling this story at a point in our history where, says Coval, “young people are systematically denied voice and agency.”

Coval and Goodwin based the characters on what is known about the original perpetrators fused with fictionalized anti-heroes, “[rendering] them as archetypal figures that correspond to a long history of literary rebels.” Goodwin expounds, “All movements and revolutions begin when the citizens, the so-called ‘ordinary,’ decide to shake the branches of the status quo. This process is rarely polite, delicate or deemed morally acceptable… Yeah the country loves Martin Luther King Jr. now, but how many times was that dude arrested?” The negative media response to the events on which this play is based reflects this apprehensive attitude toward change. Coverage was sparse and condescending, focusing on Banksy tangents and musings on whether the act was gang-related over conversations about the medium or message.

This type of sensationalized reporting is indicative of graffiti’s public-image problem. While the writers revere graffiti as a storytelling tool and an alternative to drugs, violence and gang involvement, it is of course, illegal. The still at-large MUL taggers will face felony charges if they are ever caught. When reached for comment regarding the production, The Art Institute’s Director of Public Affairs Rebecca Baldwin responded, “[We are] not partnering with Steppenwolf on this particular project and have not been involved in the production in any way. While we respect the creative freedom of the producers of the work, we nonetheless are opposed to the vandalism of any public or private property, as it is a criminal act.” Goodwin and Coval refrain from making value judgments, rather using the event allegorically to stimulate dialogue while encouraging activism and creative expression. (Erin Toale)