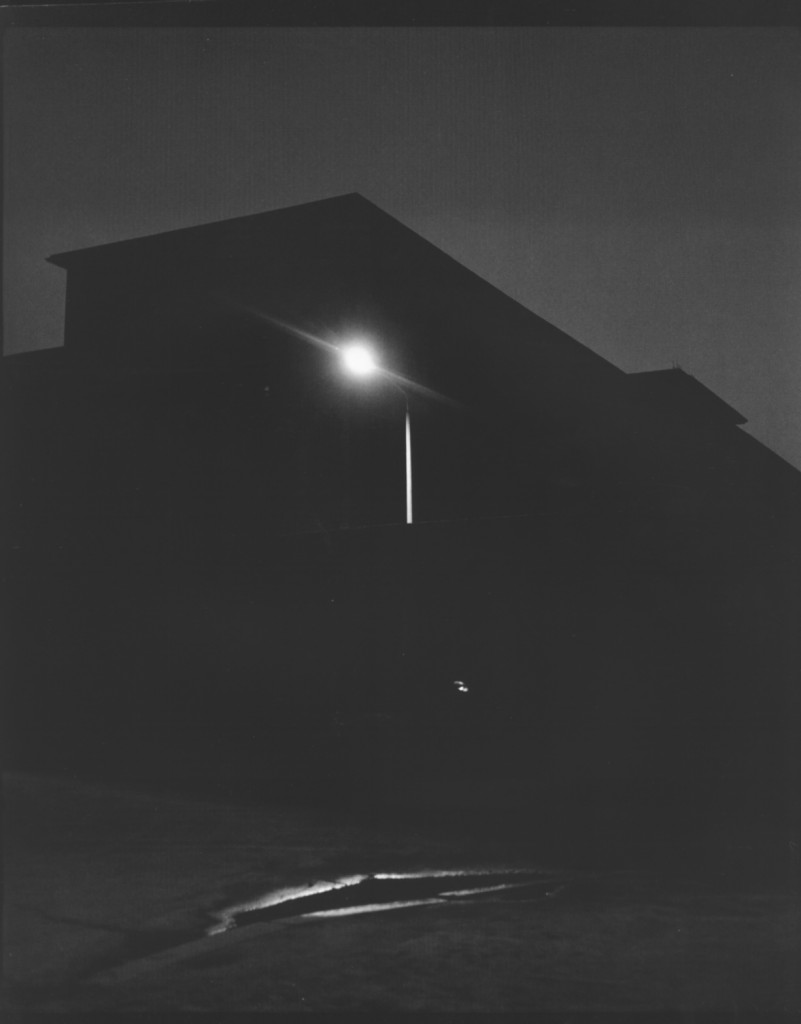 A visual poet, practicing photography in the classical modernist tradition of straight urban street studies, John Gossage has continued that line for more than three decades, not so much altering the genre as adding to its richness with technical embellishments and by projecting his particular sensibility into his images. Among Gossage’s many bodies of work, gallerist Stephen Daiter has chosen to display the artist’s black-and-white silver gelatin impressions of Berlin, Germany in the 1980s, and his current series of color photos, shot in Italy, of found arrangements of common objects—recalling still lifes—with a decidedly ramshackle and disordered look. 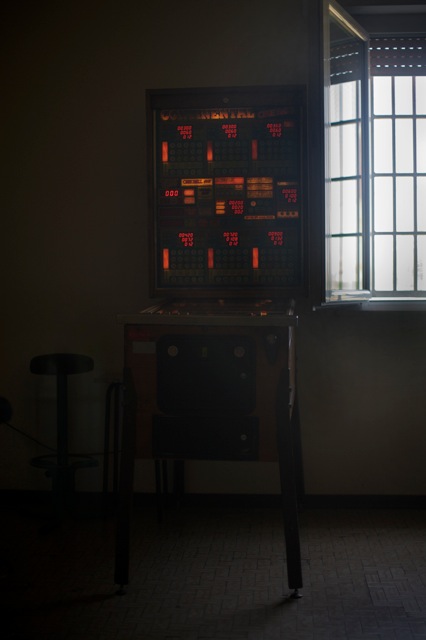 The Berlin images are the standouts here by virtue of the sheer concentrated intensity that Gossage has produced by shooting empty streets in the dead of night that are illuminated only by fragments of light from a street lamp or a window, the rest of the frame being enveloped in the most exquisite play of blacks and deep grays that reveal, upon a careful look, the precisely delineated scene. Gossage explains that he wanted to capture the darkness at night. He achieved the remarkable effect by shooting with ultra-fast film that gave him an instantaneous exposure that did not allow points of light to spread through the frame. His innovative technique played into the meaning of his images, a film-noir meditation on the Berlin Wall, which appears as an ominous specter in some of the impeccably fine prints. Gossage puts us into the scene and invests it with an exquisite harshness that we sometimes feel when we are alone on the streets on a cold Chicago night where everything seems to have frozen into stolidity.

Although far more varied in their aesthetic surfaces, and more lively and familiar due to the color, some of the Italian images show that Gossage’s strength is on the dark side. In the most striking and haunting image in the show, we are in a room enveloped in deep shadows, but for the light from a window that is confined strictly to its frame, and a display of glaring red numbers on a barely, yet precisely, discernible pinball machine. (Michael Weinstein)