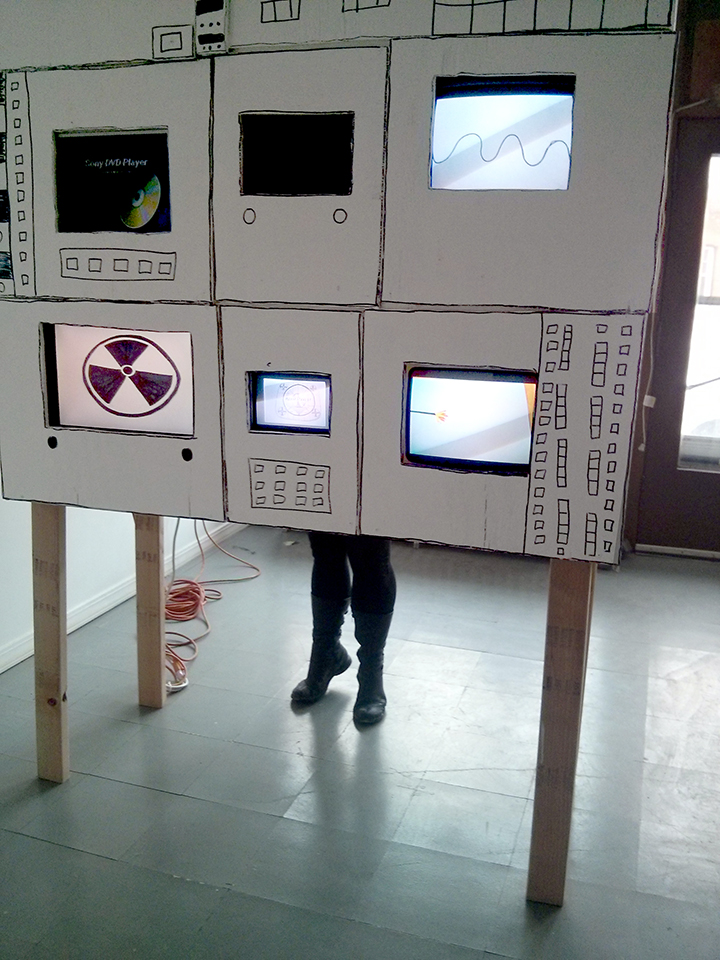 Meg Duguid standing with her installation “Supercomputer” at Slow in Pilsen.

After a dreary trek through Pilsen’s sludge-laden sidewalks, I’m happy to see Meg Duguid waving enthusiastically to me from inside the fogged windows of Slow. Paul, the gallery’s director, stands to her left and Yesterday, the gallery’s canine mascot, faithfully on her right.

On an evening just as dreary in 2005, Duguid entered a tiny bookshop in Brooklyn. Browsing for nothing but a way to kill some time between her side jobs and studies, she happened across a book that contained a screenplay James Agee wrote for Charlie Chaplin in 1947. Inspired and intrigued, she sent an unsolicited letter to the Agee foundation, requesting to bring to life the script that had—for whatever reason—remained unproduced. The foundation’s answer was no, and Duguid moved on.

Flashing forward in time and back to the Midwest, the backsides of fifteen stacked televisions rise to greet me as I enter Slow. Large blue and orange extension cords twist and tangle their way toward electrical outlets on either side of the gallery, powering the luminescent glow coming from the anterior of the electrical blockade. The piece is silent, save for a high-pitched drone coming from the circuitries. 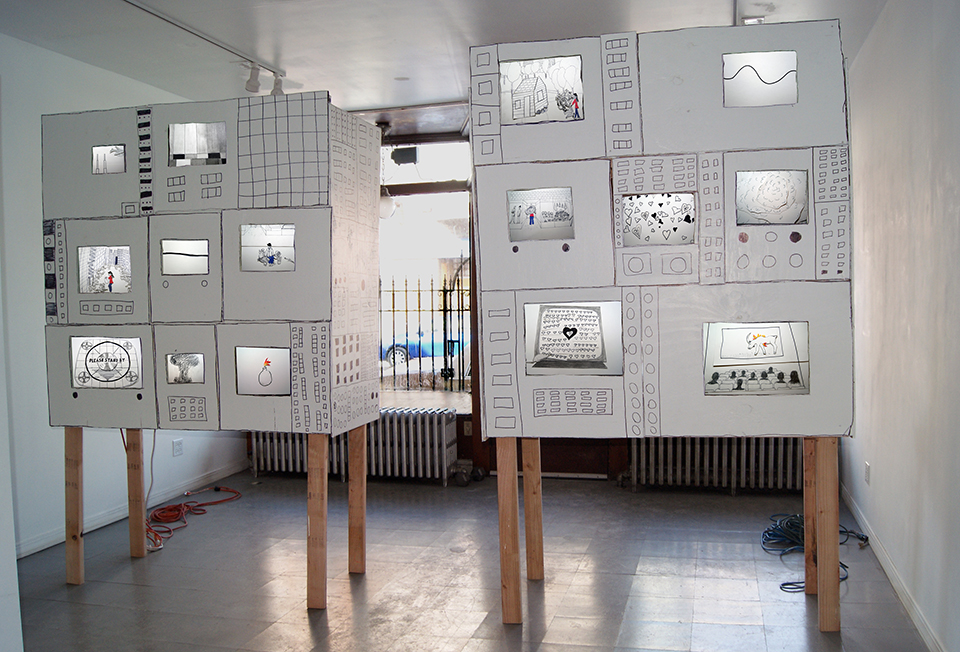 “I’m not sure what made the foundation change their mind seven years later,” Duguid tells me as we turn to face the flickering screens. “It was difficult because my practice had changed since then; it was no longer narrative, and instead consisted of performative acts being reused in a process that was much more ongoing.” Realizing Slow’s “Supercomputer” is only one portion of the project, I ask her to narrate the storyline.

In Agee’s antinuclear romp, a super-atomic bomb has left Chaplin’s character as one of the lone survivors on a desolated planet. Through a series of ongoing performances, installations and exhibitions, Duguid depicts the devastation and subsequent process of rebuilding life atop a post-apocalyptic terrain. The series of connected works, closely related but fully capable of living on their own, will eventually culminate in one final film. “The older you get, you realize that exhibitions aren’t always someone’s finished piece,” she muses. “They’re some slab on a continuum that you’re experiencing at that very moment, understanding that there are continuum dots on either side.” 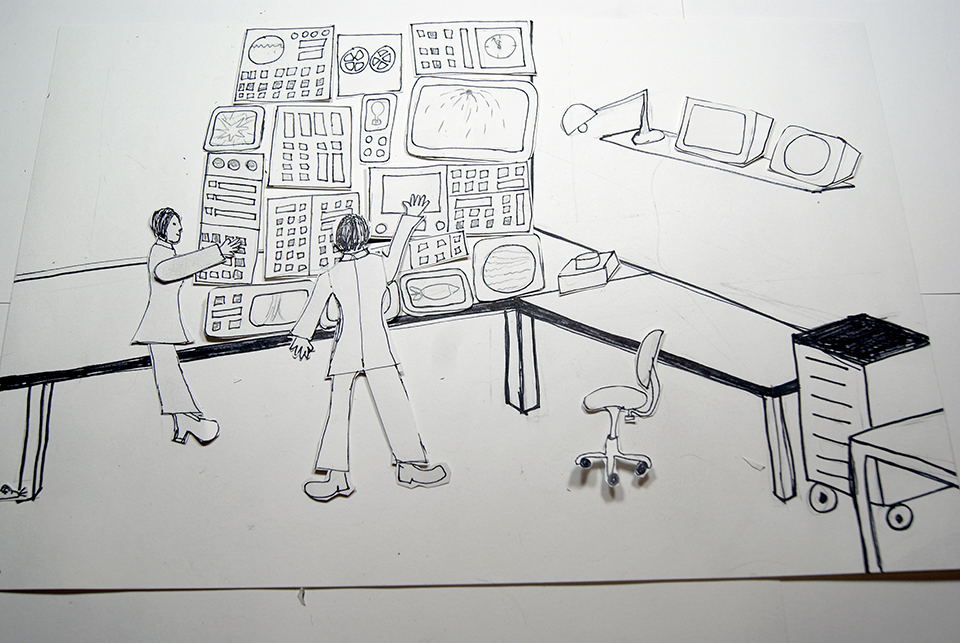 Duguid directs my attention toward a flickering stop-animation on one of the screens. “I’ve recast Chaplin’s character as a woman,” she points. “There she is looting the Art Institute to rebuild a home for herself.” Duguid laughs heartily as the figure dances about the screen, matter-of-factly toting a Tiffany lamp and a Van Gogh.

When I ask what’s been most challenging, she leans back on her heels. “I will draw a straight line with a ruler and use a handsaw to cut it. Things are measured, but not accurate at all. I want to honor Agee’s screenplay without distorting the practice that I’ve laid out, and sometimes they’re at odds with each other.” Twirling her hair around her index finger, she pauses to think before she smiles and adds, “I’m also really terrified of the end.” (Maria Girgenti)