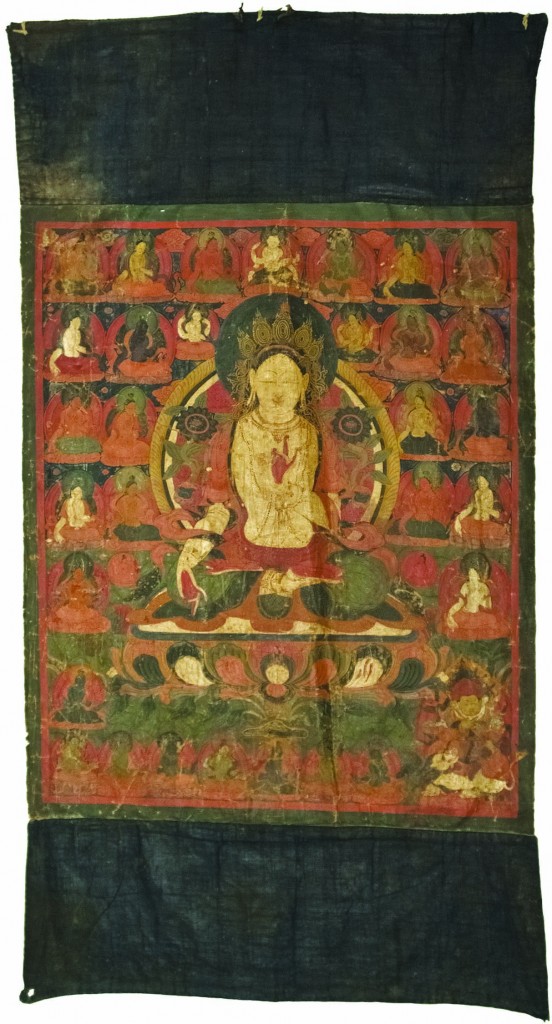 “If you find Buddhist art in a monastery, take it” might well have been an early twentieth-century variation on the koan made famous by Sheldon Kopp, as Western scholars scoured South Asia for artifacts. Gallery signage tells us that what Professor Giuseppe Tucci (1894-1984) called a garbage dump, local monks considered a repository of sacred relics. Shame on him, but without his acquisition, four magnificent eleventh-century folios would not now be showing at the Block Museum. And they really have the sharp perfection of world-class illumination and calligraphy. Then there was Walter Koelz (1895-1989), a zoologist at the University of Michigan who collected whatever caught his eye. At the Likir monastery, he proudly bargained down the price on two seventeenth-century painted fabrics. Without them, the third, left behind, could no longer perform a ritual function. They don’t kick you in the gut like the dharma-defender hanging nearby, but Koelz’s Buddhist divinities have plenty of grace and power one would not experience without his questionable efforts. Such appropriation by Western collectors is one thing that may happen to sacred art, centuries after it was made. Alternatively, these works could be collected by devotees, where they might influence the art and religious practice of other lands. Those are some of the rather predictable kinds of stories this exhibition tells about the legacies of Buddhist art from Kashmir. 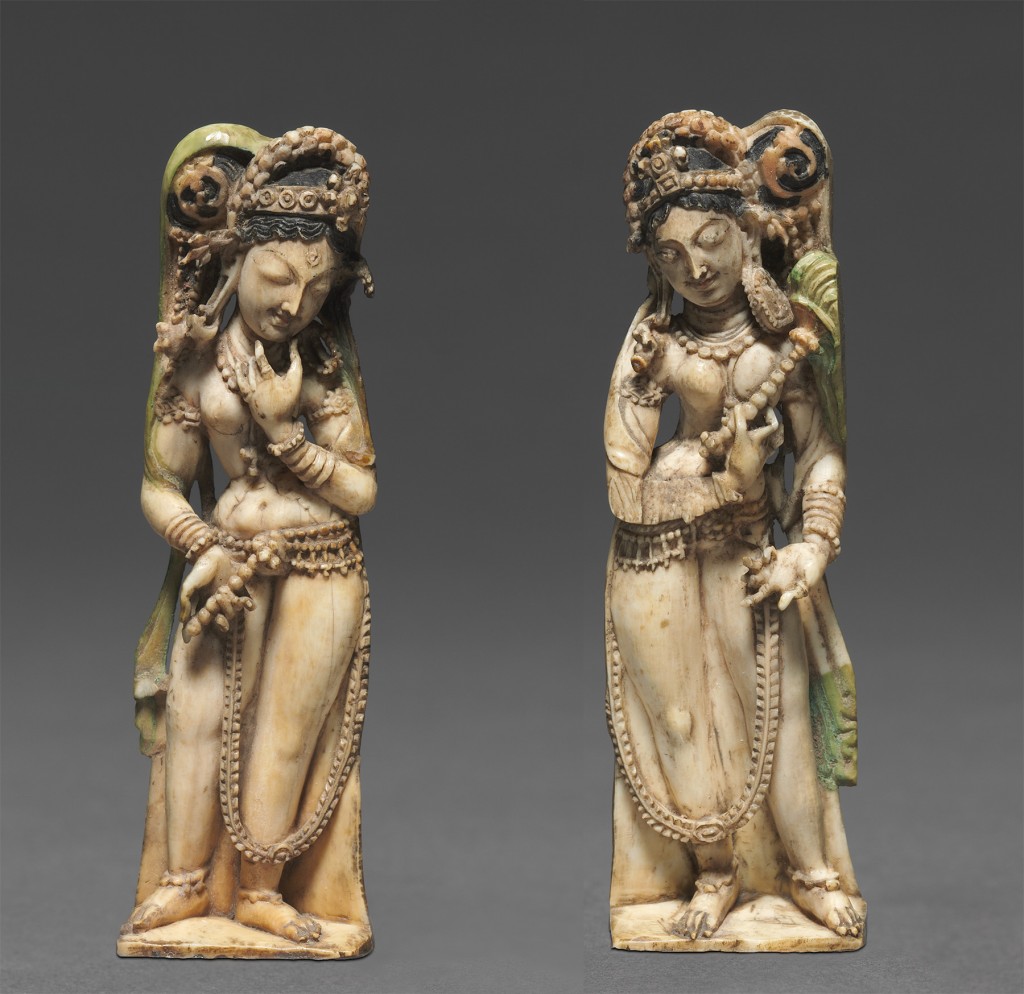 “A Pair of Female Attendants,” Kashmir, Eighth Century,
ivory, from the collection of the Cleveland Museum of Art

But never predictable are the occasional eruptions of high visual quality. Several other paintings also manifest the power, sometimes frightening, of the divinities they represent. Most of the brass figurines are gift-shop ordinary, offering not much more than what the iconography requires. But the three ivory carvings, borrowed from the Cleveland Museum of Art, are amazing articulations of planes within a very small space, even in the lowered lights required to properly conserve this exhibition of works. Art lovers will also not be disappointed by two fabulous Kashmiri shawls hanging in an accompanying exhibition of more Koelz expedition artifacts. That zoologist really did have a good eye. (Chris Miller)

Through April 19 at the Block Museum of Art, 40 Arts Circle Drive, Evanston.