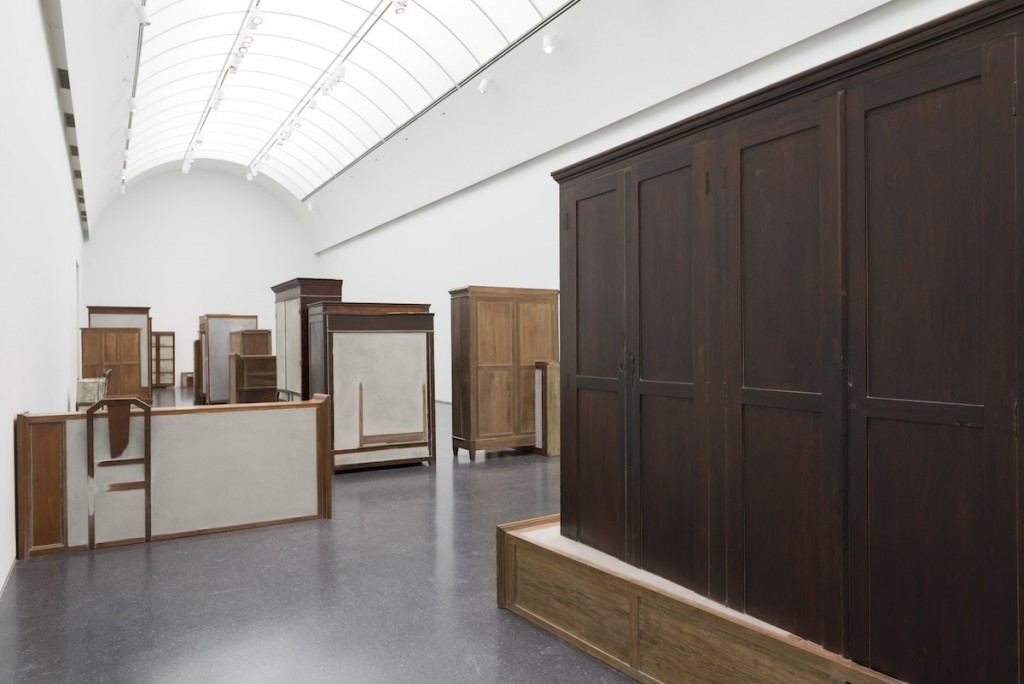 The very first retrospective of Colombian artist Doris Salcedo’s thirty-year career begins with her recent “Plegaria Muda,” a maze of more than one-hundred upended tables sandwiching a thick layer of dirt between their backs and appearing as coffins. Tiny blades of grass grow out from between the wood planks, a subtle indication of the time poured into the growing and crafting of each blade and table. “Plegaria Muda” is created from Salcedo’s research into gang violence in Los Angeles combined with viewing the mass graves of grieving mothers’ sons in Colombia. The piece is a meditative entrance into Salcedo’s content, an attempt to erase the anonymity of those disappeared in her home country and abroad. 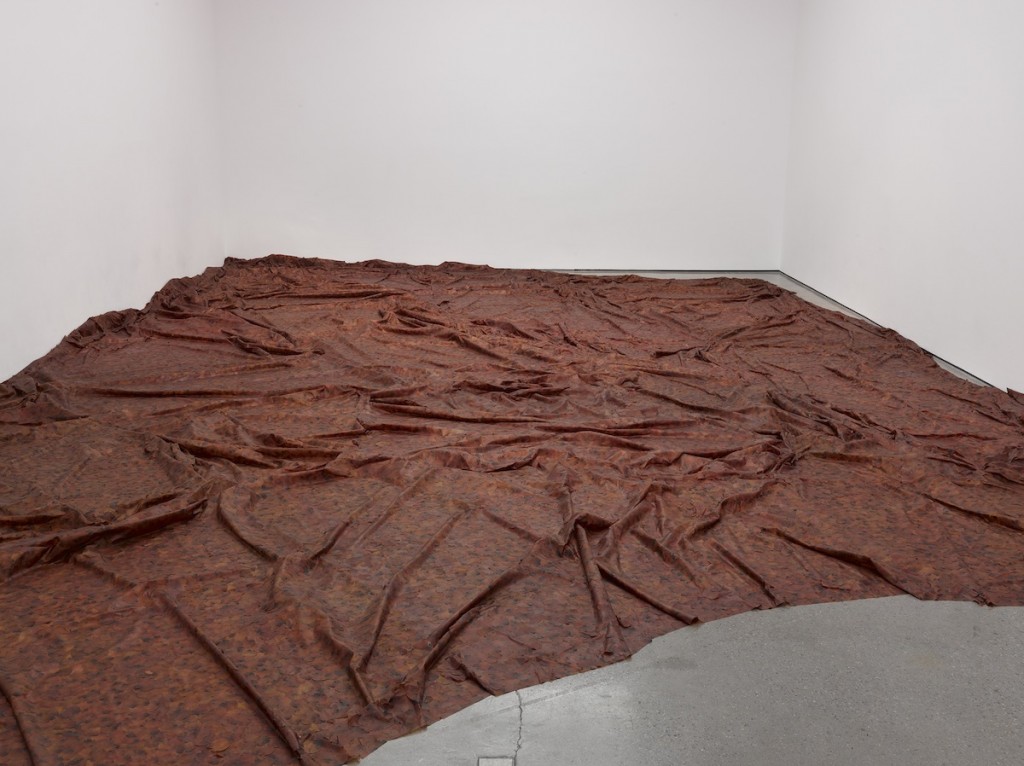 Wan light washes the exhibition, displacing the viewer from the usually bright museum space just as Salcedo’s furniture works, clothing and shoes have been displaced from the domestic sphere. A few of her works such as the abandoned hospital furniture of “Untitled” works from 1986-89 as well as the stacked and rebar-pierced shirts of “Untitled” works from 1989-90 attempt to recreate the installations in their original form—another layer of displacement through arrangement. Like the shirts, which reference two massacres on Colombian banana plantations in 1988, the materials Salcedo uses are re-creations of items found in the emotionally wrought spaces of those who have suffered violence and loss. These materials reference the bodies of those lost (hair, clothing, shoes) and home life of those grieving (furniture, delicate textile mending), their everyday now marked by this weight. This is interpreted literally in her “Untitled” works from 1989-2008, household furniture filled entirely with concrete.

The last piece in the exhibition, “A Flor de Piel,” is a shroud of 250,000 preserved rose petals. Its delicate and drawn-out process acts as a funerary ritual and reminds the viewer of the untitled public interventions she made with thousands of roses following the murder of political satirist Jaime Garzón from 1999 to 2000. Through her work Salcedo is attempting to bring humanity to massive and political deaths, bringing ritual back to the spaces from where it has been stolen. (Kate Sierzputowski)

Through May 24 at the Museum of Contemporary Art, 220 East Chicago