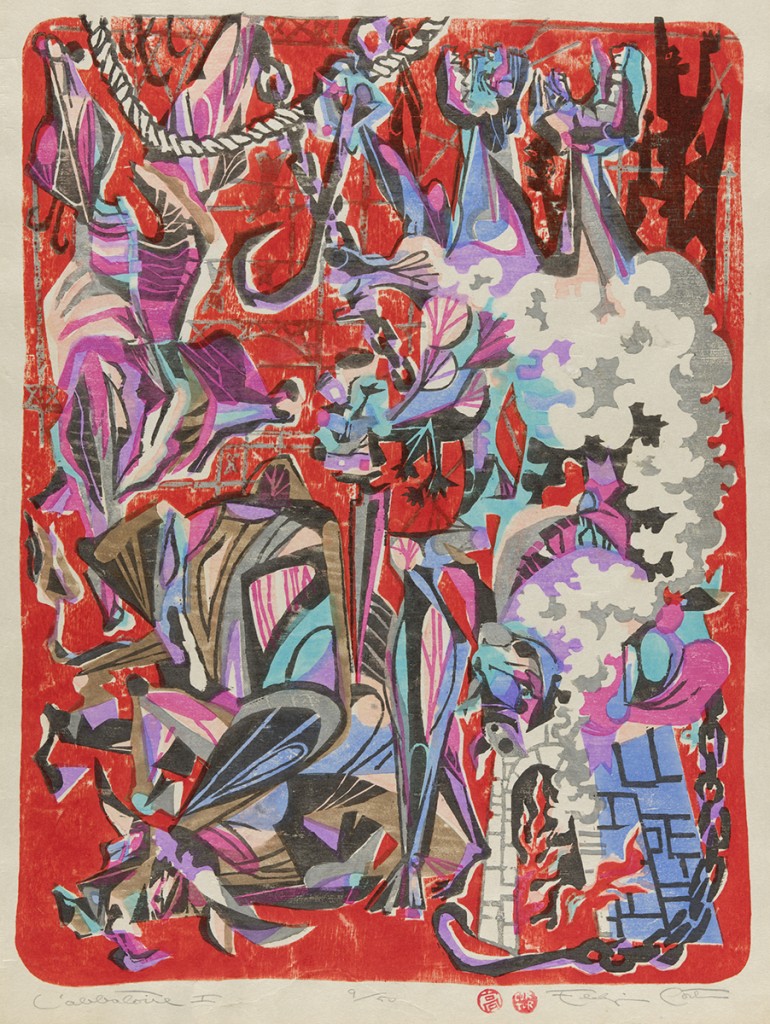 In recognition of his lifetime achievement, a selection of Eldzier Cortor’s prints are now on display at the Art Institute. The earliest series, “L’abbatoire” (slaughterhouse), 1955-1980, documents the artist’s dismay over the violent politics of Haiti, where he once lived. The “Dance” series, 1978, presents the nubile female form in a kind of decorative pattern that recalls the murals of ancient Crete or Egypt. The “Jewels/Theme” series, 1985, encases those same graceful women in brilliant, sharply cut gemstones. The “Sepia Odalisque” series, 1998, sets them, as sultry pairs, into a Turkish harem.

As this sequence might suggest, his work has become less sanguine concerning the destiny of the African diaspora, as represented by his waif-like female figures. Always more vulnerable than voluptuous, they have moved from being dancers enmeshed in heavy ornamentation onto wandering spirits encased in hard diamonds then to rubbery sex slaves in a monochromatic seraglio decorated with plastic foliage. The beautiful women have been locked in a cage, and it’s not even golden. 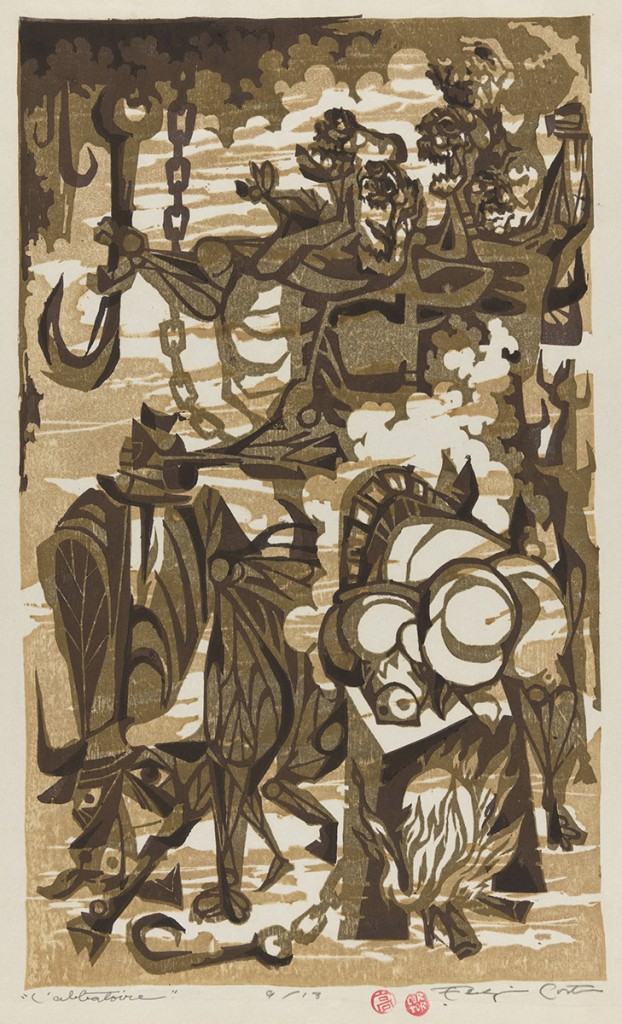 But as depressing as his narratives have become, Cortor has always been excited by new techniques, for which he sought instruction from the greatest of contemporary masters. The woodblock printing for the “L’Abbatoire” series was learned from Jun’ichiro Sekino, while his complex viscosity printing from Stanley Hayter. Elsewhere he applies aquatint, mezzotint and etching. Some prints feel like technical exercises, but most are quite expressive. The soul-shredding psychic pain in the “L’abbatoire” series feels as palpable as the cosmic mystery of the “Jewels/Theme” series where flashes of intense color illuminate the otherwise melancholy spaces.

Unlike most contemporary artists, Cortor has not been primarily concerned with himself or semiotic exercise. Like a prophet/poet, he has applied technical mastery to ask his people: “Where are you going?” Even his earliest pieces do this—including “The Room No. VI,” 1948, a painting on view elsewhere in the museum. But the excitement and optimism of that earlier piece is missing from this collection of prints. Where once he depicted free spirits emerging into the world, he eventually shows us captives who cannot escape it. (Chris Miller)

Through May 31 at the Art Institute of Chicago, 111 South Michigan