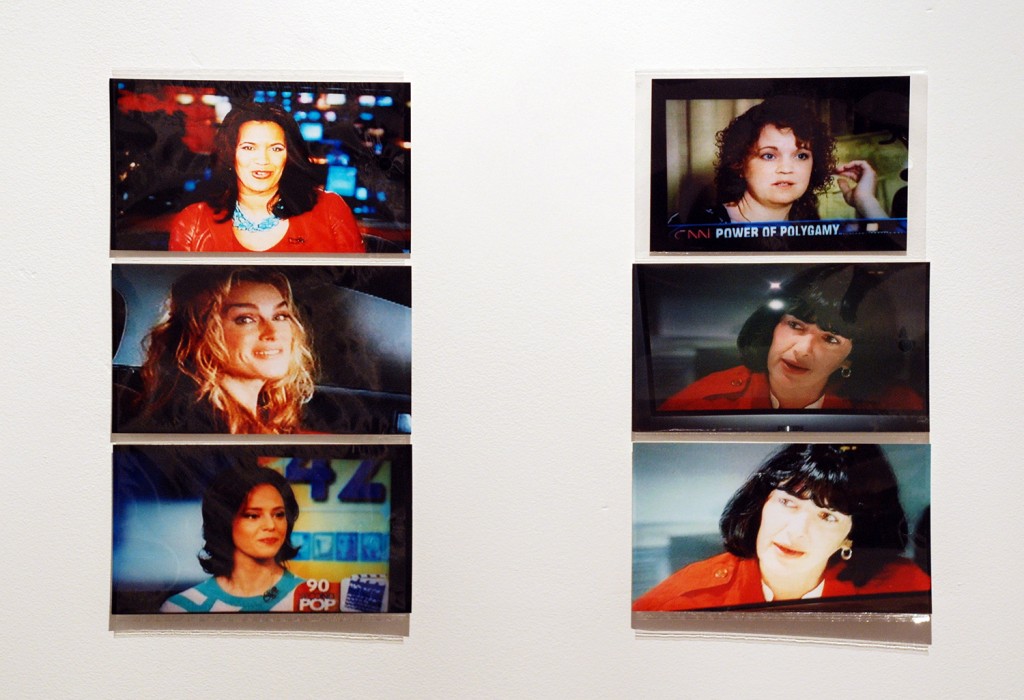 The group show “Documentia,” which explores the drive to document from meditative to compulsory, feels right at home in SideCar, an old residential house that has been converted into exhibition space. The most remarkable work was not created by a trained artist but rather found by curator Erik Wenzel: digital photographs of still-frame prime-time television taken by amateur photographer Bertram Litoff. Displayed in simple clear sleeves in rows of three, many of the images focus on TV news personalities reminiscent of Robert Heinecken’s 1980s “Newswomen,” but Litoff’s inclusion of random animal scenes confuses any linear narrative for his hunting. 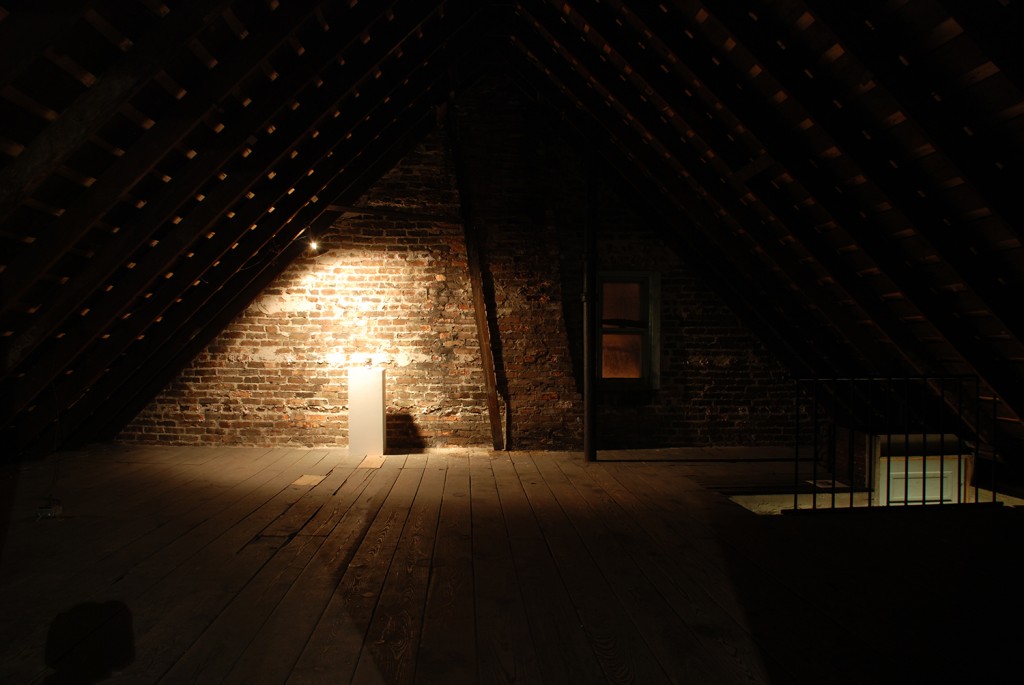 Horst Ademeit’s compulsively annotated Polaroids are the darker, Kafkaesque parallel to Litoff’s anthropological study of American glitz. During the 1990s, Ademeit took daily Polaroid photos around his government-assigned East German apartment in an attempt to capture the cold rays he believed to be affecting him. Considered outsider artists, both Litoff and Ademeit pursued a compulsory documentary activity, while the other “Documentia”artists fold an archival impulse into their practices for conceptual reasons. Texas-based artist Olivia Martin Moore creates hubcap-size coils from found street posters. Moore covers the surfaces in resin to render the scrolls’ secrets inaccessible. Brandon Alvendia’s site-specific installation occupies SideCar’s attic floor, which is accessible by a narrow staircase. Alvendia’s cardboard boxes with silk-screened prints reference a past performance in the space and address the eccentricities that lay forgotten in ulterior home spaces like attics or basements.

On the main floor, Roman Opalka’s voice echoes numbers from his “1 to Infinity.” The sound piece is installed in a side room that contains a table with drinks and glasses that could be remnants from a performance. Although the grouping of artists in “Documentia” is somewhat disparate, it works at SideCar, a space that embraces its residential bones and configuration. One can imagine a previous resident like Litoff or Ademeit collecting evidence for NSA surveillance or watching for suspicious behavior from the neighbors. (Anastasia Karpova Tinari)