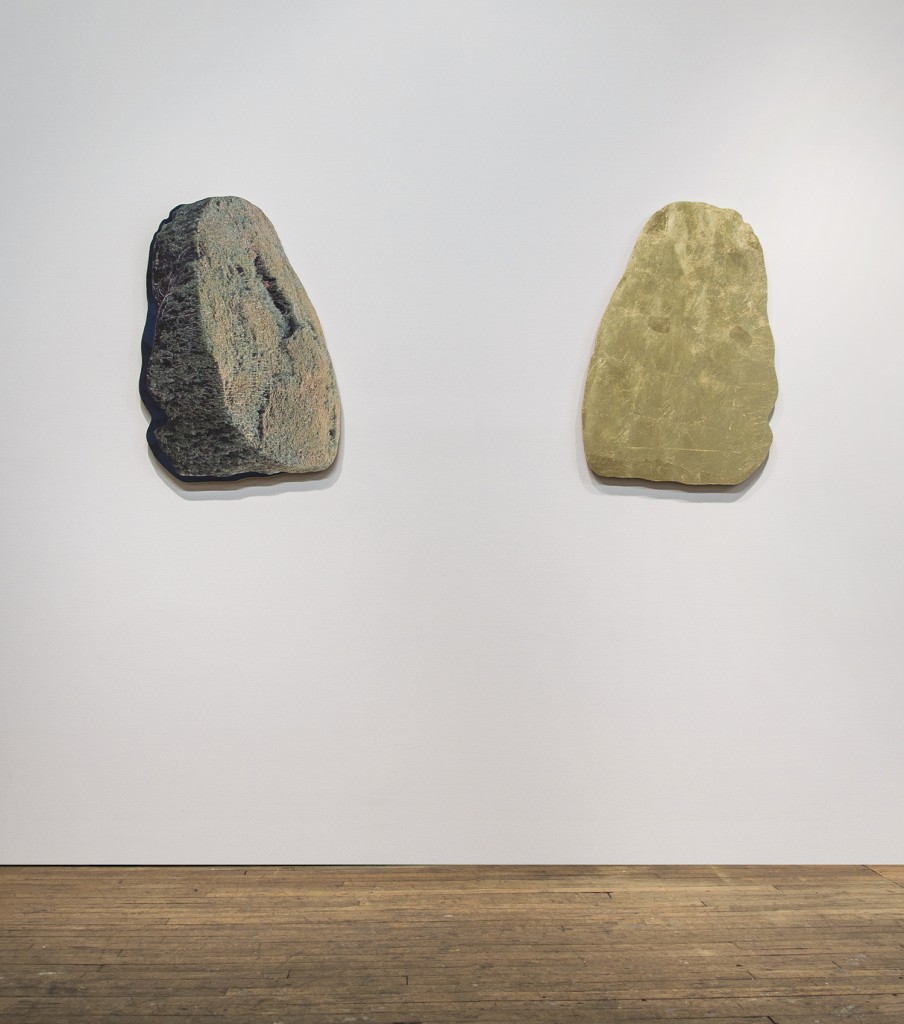 “When I first split myself in two,” the first line of the central video projection, is a statement that resonates throughout Angharad Davies’ multimedia installation built from reproductions of images, depicting decontextualized objects and their mirror-selves.

Several series of paintings and inkjet prints mirror original photographs with modifications that serve to emphasize their mode of making and their alteration. Index cards mounted on wood appear to be postcards of paintings of used soaps. A pair of severely sculpted bushes are turned on end and mounted on the wall—one is a printed photograph, and the other a gilded shadowy shape. Echoing these captured photographs and constructed shapes are photographs of a Chinese vase with brass volutes. The photographs are altered through adding pen to a Xeroxed copy, another adornment for these ancient vases that were altered by the addition of gilt handles in seventeenth-century France before being brought to the Getty. 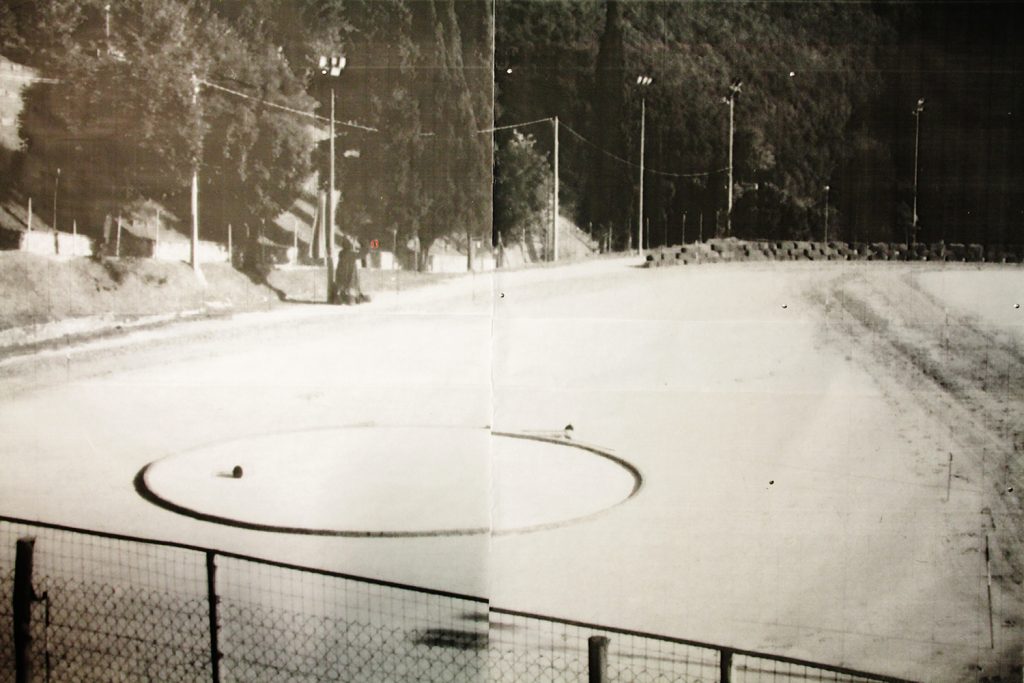 A British accent accompanies the projection, delivering stories that consistently point to the paradox of artifacts emulating natural processes. She tells us how Winston Churchill gave instructions for pruning a bush along its natural growth patterns; a faded blue text, a didactic from the museum, appears on the screen over an image of the vases, revealing how the Chinese coveted the effect of the naturally random lines running through craquelure glaze. A broken wood garden frame appears on the screen, with a feebly mismatched wooden post falling short of the breach. The surfaces in the video, mostly filmed prints and photographs, all portray objects that someone has attempted to make complete.

The disjuncture between the attempt at wholeness and the objects themselves, whether overwrought or fragmentary, indicates a deeper concern for colonial practices of pruning and grafting cultural identities. The process of creating one’s own self-image is construed through a series of observations that focus on oxymoronic fabrication of naturalness, and reflected in the composite techniques in presenting those moments of speculation. Everything here is reworked just enough to make the commonplace uncanny and noticeably layered. (Alyssa Moxley)