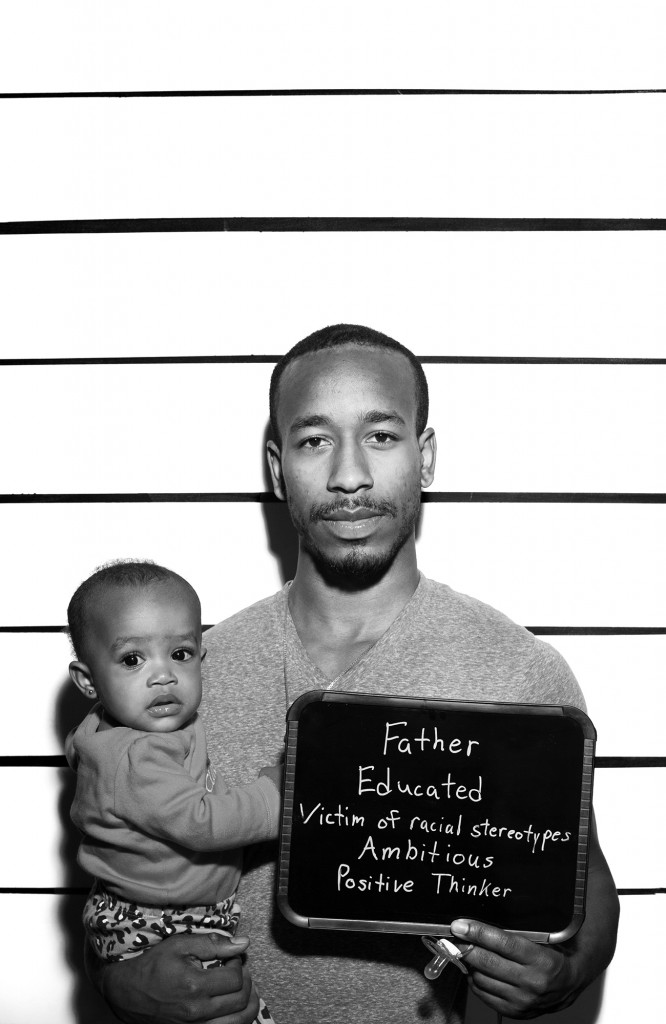 With the much promoted “conversation” on race relations in America getting into high gear post-Ferguson, Missouri, there could be no more genial and thought-provoking contribution to that discussion than Imani Amos’ exhibition of fifty black-and-white “mug shots” of young-adult and middle-age African-American men taken against police lineup sheets as they hold up signs composed by themselves listing their accomplishments, attitudes and proclivities. In “Humanizing America’s Most Hunted,” Amos is out to explode prejudice in its strictest sense, the mindset that labels African-American men as “derelicts” on sight without knowing anything about them. 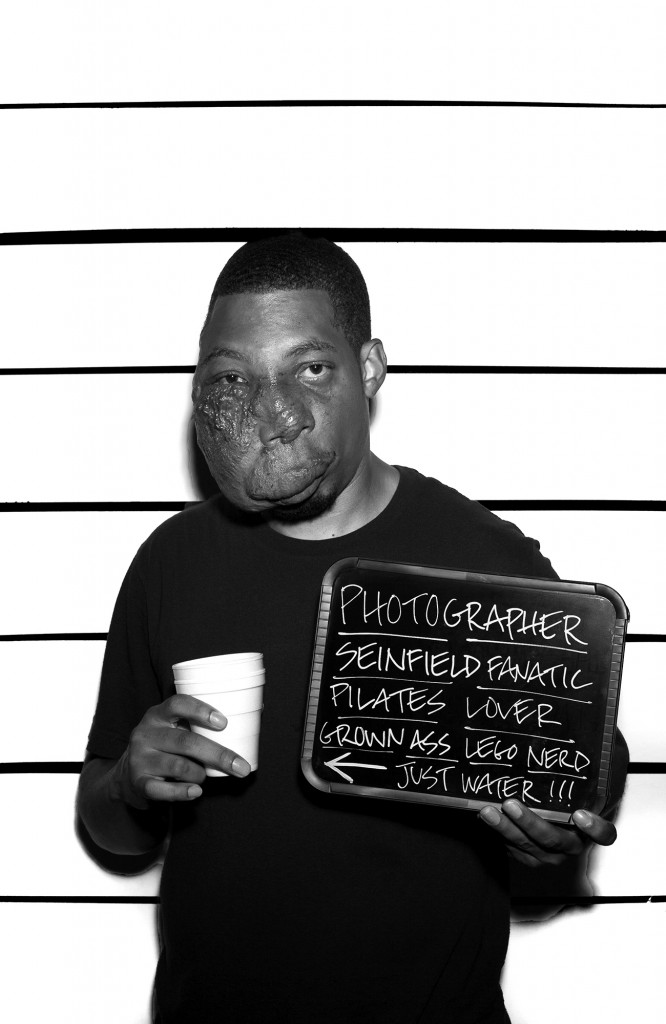 She succeeds in her goal; each of her subjects is deeply individualized, and their statements are filled with pithy wit and wisdom, and sophistication clear of resentment. Amos’ achievement is a result of her choice of subjects, most of whom are in the arts, education, entertainment or business; and her decision not to pose or direct them in any way, but to let them, as she says, “Go for it.” And so they do, some of them profoundly serious, others smiling sweetly, and a couple sticking out their tongues or exuberantly grimacing. In all cases, they know just what they are doing (as Amos says a bit ruefully, they are “cool”), but their poses seem not to be fronts, but enhancements of their sentiments of life. Giving her subjects expressive freedom within the confines of the mug-shot format creates a vibrant, indeed hilarious juxtaposition; these men would only find themselves in a police lineup had they been victims of blatant prejudice, and that is her point: vicious and insensitive ignorance keeps too many people from seeing the individuals who are right before their eyes. Take Nick whose face is disfigured and who might appear fearsome to some. We learn that he is a “photographer, Seinfeld fanatic, and grown ass Lego nerd,” and he assures us that the styrofoam cup that he holds up is “Just Water!!!” Imani is telling us to look and listen closer, and promising us that if we do, our lives will be enriched. (Michael Weinstein)