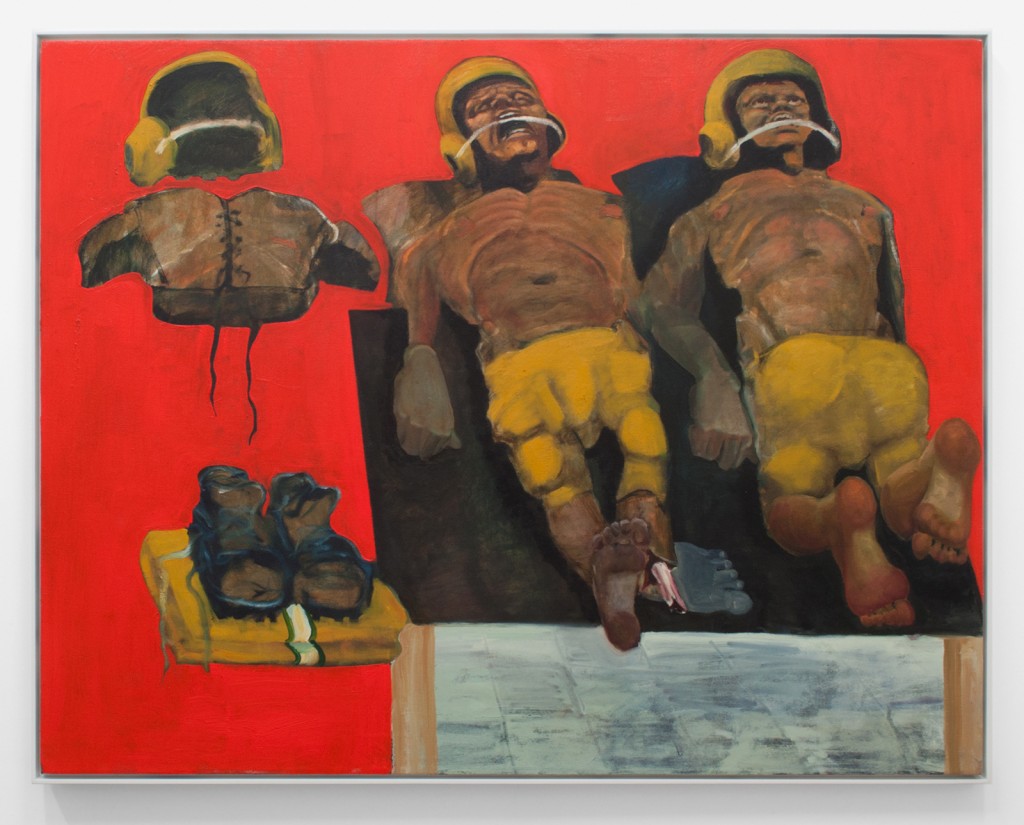 “Mean On Sunday,” Ethan Gill’s exhibition of paintings of football players at Julius Caesar, is cultural criticism through American pastime. Goalposts loom in the deep distance functioning as they would in set paintings on a stage—dressings included for context but removed from the action of the moment.

The scenes have only a nominal relationship to the ordered ritual of a football game. In “No Good,” mutant protagonists, torsos fused side-by-side and three-wide, simultaneously set up for a field goal and knock-out a member of the opposing team—the only player of color in view—in a play as implausible as the conjoined uniform of the triplets. The fumbler of “Fumble” discharges a column of smoke from his mouth in a scene that reads more as an industrial wasteland than a sports field. 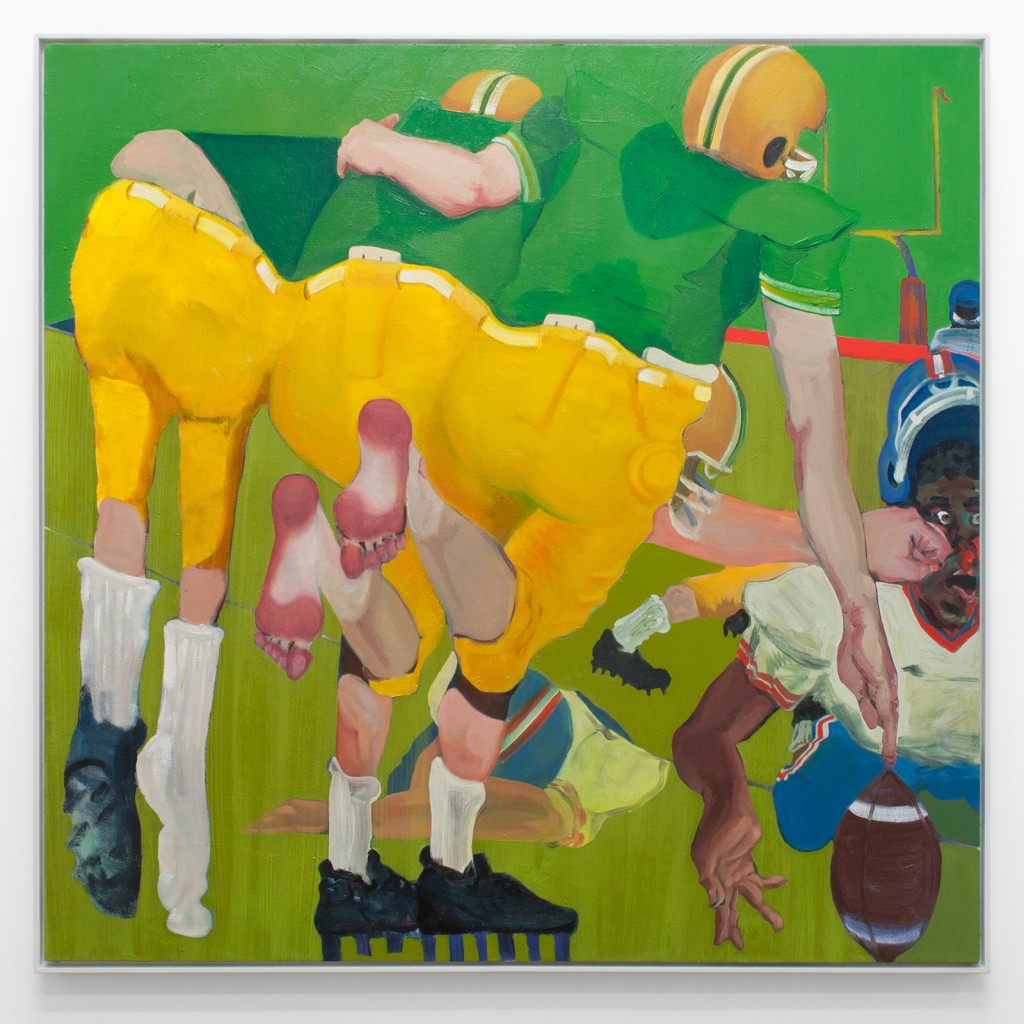 The sickly but vibrant color combinations clash loudly or groan in anguish. In “Cosmonauts,” football players lay mangled on black hospital beds and recall imagery of soldiers in military hospitals and astronauts seated for takeoff. The clothes of a missing third figure are set aside and folded with funerary formality, the helmet and cleats are laid out describing an absent body, and the lip of the glowing, orange paint that dominates the image threatens to swallow the deceased’s shoulder pads.

In contemporary western culture, sports players have become the living heroes of mythology’s narratives. But embodiment of an ideal is a heavy burden, and Gill’s players crumple under the load. Rather than promising moments of victory or focused, productive martyrdom, the tableaux reflect the complexities and failures inherent in our desires to live the stories told by our culture and identify with the characters validated within those stories. This is no small desire; it amounts to desperation and the willingness to wager bodily integrity and lose it, only to recover and make endless further attempts.

Gill’s visual comparisons between the players and other elevated western heroes create a narrative loop that collapses in on itself. The astronauts prepare to rocket, terrified, into the atmosphere as soldiers lie maimed and dying at the end of their efforts, doomed to failure at the outset. (BD Pack)